Back to news
news
Campaigning
Casualty 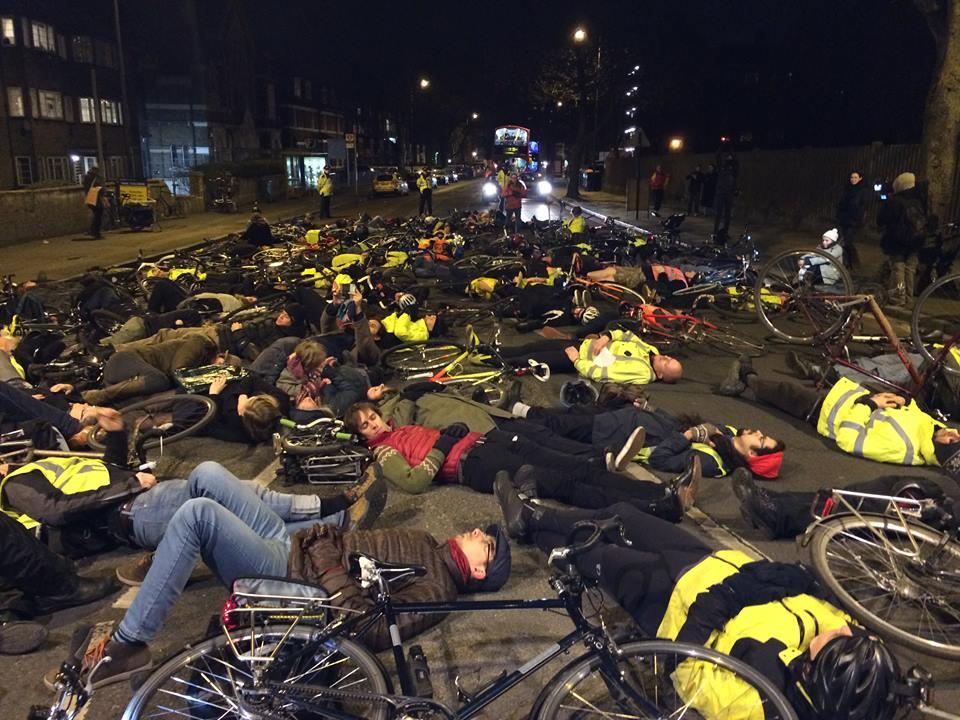 Campaign group Stop Killing Cyclists calls for safer streets as family pay tribute to physiotherpaist who was "one in a million"...
by Simon_MacMichael

Hundreds of cyclists took part in a vigil and ‘die-in’ at Stamford Hill in North London on Tuesday evening to call for safer roads. It took place at the junction of Seven Sisters Road and Amhurst Park, where 29-year-old physiotherapist Stephanie Turner died on Monday 20 January following a collision with a tipper truck.

The vigil was organised by the campaign group Stop Killing Cyclists, which is calling on Mayor Boris Johnson, Transport for London and local authorities throughout the capital to make the safety of cyclists and other vulnerable road users a priority.

Road safety campaigner Tom Kearney, who was left in a coma after a bus struck him in Oxford Street shortly before Christmas 2009, told the London Evening Standard: “It was an entirely preventable death. It will inspire us to keep fighting for safer roads.”

The vigil had the support of Ms Turner’s family, who paid tribute to her in a statement jointly issued by her parents Steve and Linda, sister Suzy and her fiancé, Ian.

“We are utterly devastated by the loss of Stephanie, our beautiful daughter, sister, fiancée and friend.

“Trying to find words with which to describe her is such a difficult task as the kind of person Steph was seems to defy definition.

“She ran marathons and climbed mountains. She was the life and soul of every party and lit up every room she entered. She was hugely admired by so many people for so many different reasons.”

“Steph was an experienced cyclist and accomplished athlete who everyday not only cycled to work but also to see her patients in and around central London.

“To Steph, cycling was much more than a means of commuting: it brought her real excitement and satisfaction and allowed her to feel truly connected to London, the city she had come to love and live for.

“She regularly spoke of her feeling of connection to London’s cycling community, who we know will be left reeling by this tragic incident on such a widely used cycle route.”

“Steph’s spirit was effervescent and absolutely infectious. Her open and outgoing personality drew people instinctively to her.

“Stephanie was mercurial. She was one in a million. She was, as a close friend said, a pea from her very own pod. A huge hole has been left in our lives,” the statement concluded.