Cadel Evans, who became the first Australian to win the Tour de France in 2011, will bow out of a professional career which started on the road in 2001 with his final appearance at the Santos Tour Down Under this week. BMC have prepared a specially painted TeamMachine SLR01 for him to ride.

The TeamMachine SLR01 is essentially the same bike he has been racing for the past couple of seasons, since the updated model was introduced in 2013, but BMC have treated Cadel to a customised paint job to celebrate his career. Against a mainly white background are painted aboriginal tribal designs, the comic character Tintin, and various symbols that represent his professional cycling career and his personality, including the Australian flag on the forks. 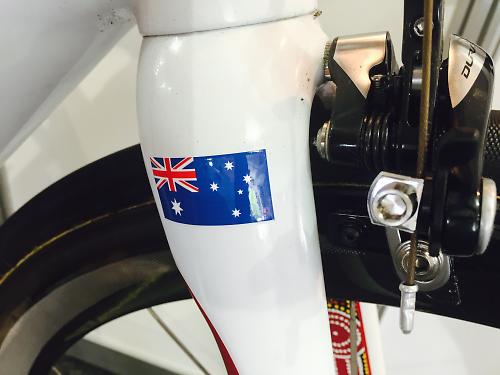 “Even after 20 years of professional bike riding, I still love to get a new bike,” said Cadel Evans upon receiving his new race bike. “It is like Christmas all over again, every time - hard to believe, but its true! However, throughout my whole time in cycling it has been about riding the bike. Having a special bike to ride here during my last week as a professional cyclist makes the event more special. 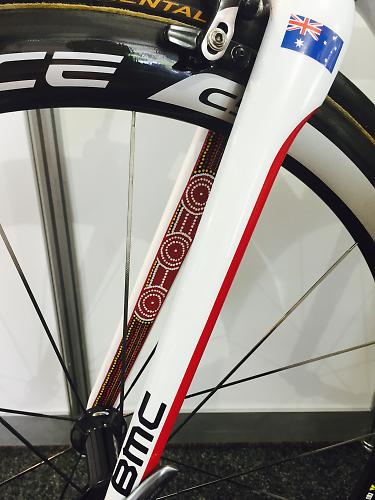 “The bike reflects my own upbringing. We are racing here in Australia and it is a very Australian thing, with a European influence and also Tintin on the top tube. I am very grateful for everything that the two wheels of a bike has given me. Something special is always motivating, it would be a pleasure to have it seen out in front.  We shall see!” 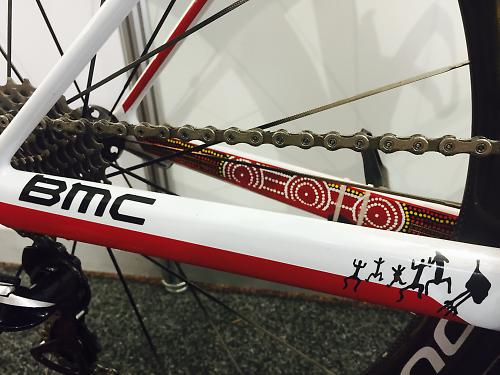 According to the BMC press release accompanying the photos, the relevance of Tintin is because Cadel was “fascinated with the comic character” and that Tintin is  “the only cyclist who gets a framed picture on my bedroom wall,” adds Cadel. 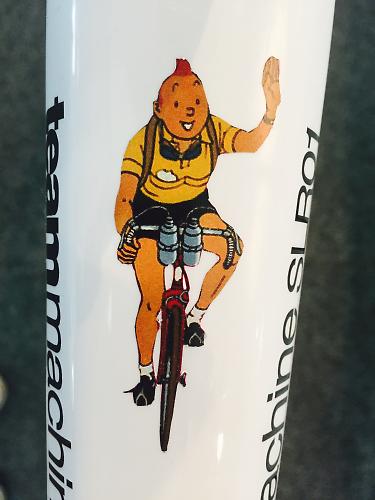 Other artwork includes the words “forever grateful” written across the top tube which is his way of saying thank you to the world of cycling for the career it has provided him. His road race world championship success in 2009 is symbolised with the iconic rainbow stripes on the seat tube. 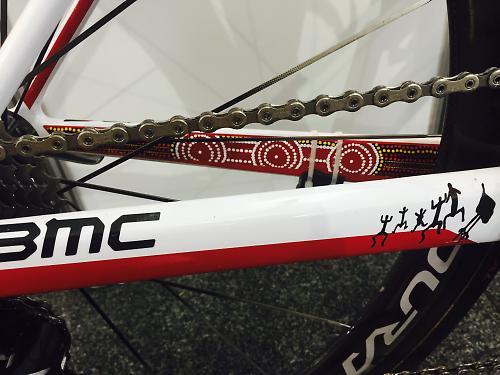 Cadel will be riding this specially prepared BMC at the Tour Down Under, and then the Great Ocean Road Race will represent the very last professional race of this career. While he’ll be hanging up his wheels, his involvement with cycling won’t end, he’ll become an ambassador for BMC Switzerland. 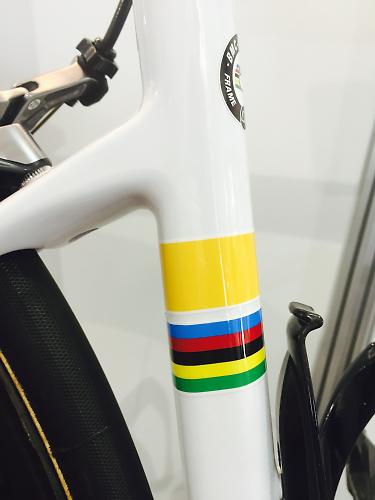 BMC Switzerland Chief Executive Officer David Zurcher said the company wanted to give Evans something extra special for the last racing days of his career: “This teammachine SLR01 is a gift, a thank you from BMC Switzerland and the BMC Racing Team for his contribution to the sport of professional cycling and to our company. Cadel’s determination and dedication inspire us. It is an emotional time for this dearly loved, legendary athlete and riding on a personalized bike to commemorate this week at the Tour Down Under seemed very fitting.”