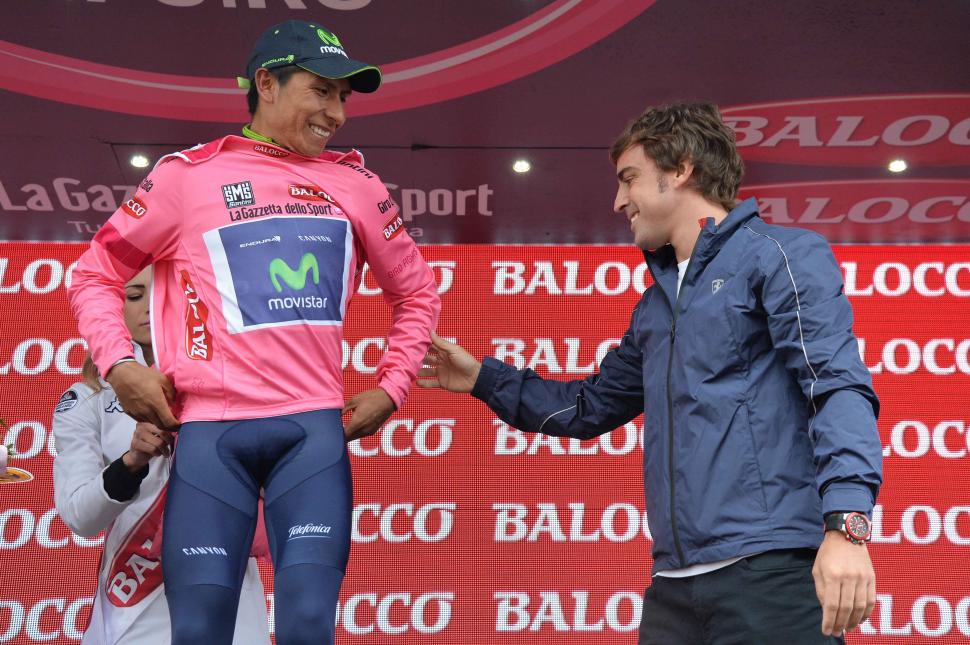 Italy's former national coach says Formula 1 driver needed to focus on his own career...
by Simon_MacMichael

Paolo Bettini, who gave up has job as coach to the Italian national team to head up Fernando Alsonso’s aborted professional cycling venture, says 2014 was “the wrong year” for the Formula 1 driver to try and get the project off the ground.

Alsonso had recruited  Bettini, twice world champion, winner of races including Milan-San Remo, the Giro di Lombardia and Liege-Bastogne-Liege as well as Olympic gold medallist in the road race at Athens in 2004, to act as general manager to his planned team at the end of 2013.

During 2014, the pair worked on the proposals, talking to potential backers as well as riders and team staff, but Bettini told La Gazzetta dello Sport that as it turned out, Alonso needed to put his own career first as it became clear he would not be retained as a driver by Ferrari.

Asked why the project didn’t get off the ground, Bettini replied: “Because it all happened in the wrong year for Fernando. His job is to be a Formula 1 driver. The changes at Ferrari that everyone knows about had started happening and he had also started to prepare to change team.

“It was a crucial year for his team and he had to concentrate on that, there was no room for a project as fascinating – but also demanding – as this one, so the whole project ground to a halt.”

Denying that it had been Alonso’s own manager, Luis Garcia Abad, who had vetoed the project, Bettini also declined to expand on the specifics of his own contract, said to initially be for two years with an option for a third.

“There will be no legal fallout, I’m not interested in that,” he said. “We’re on stand-by. Fernando still sees himself having his own team in the future. I know it may sound scarcely believable, since there was already that attempt to buy Euskaltel.

“But we’ve spoken so many times and I can assure you that he is compotent and passionate. He’s also proud, and he doesn’t want the story to end like this.”

Bettini said the pair had met in December when they had “a frank discussion,” with the Spaniard personally apologising to him for what had happened, and the pair parted on good terms.

He didn’t rule out working with Alonso again, adding: “If he needs me in the future and gets back in touch, we’ll see if I’m still free and if the conditions are right.”