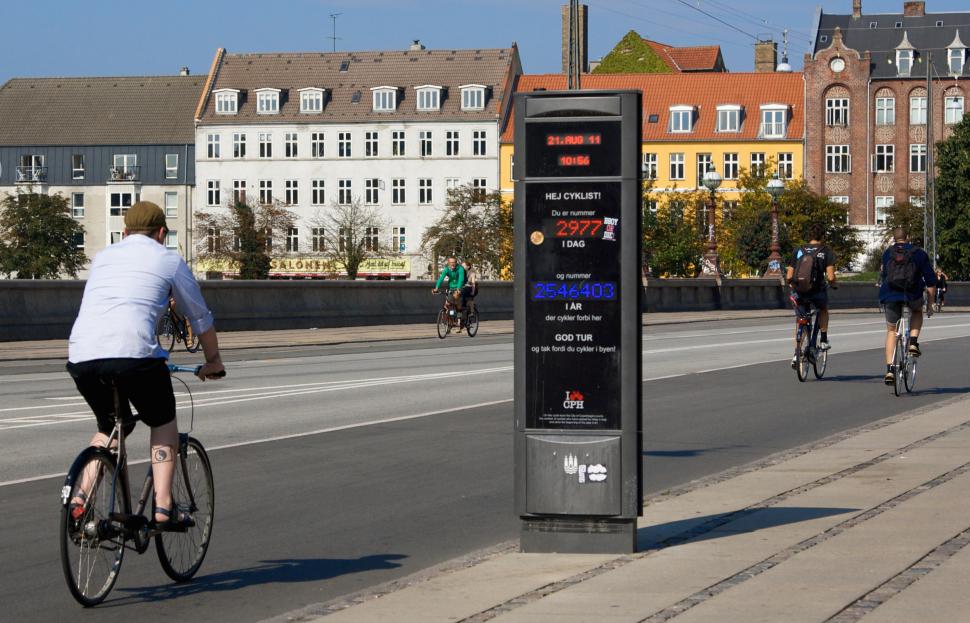 An old-style bike counter in the Netherlands (CC BY-NC-SA 2.0 Will Vanlue:Flickr)

A software developer in Portland Oregon has come up with an inexpensive traffic-counting device that could revolutionise planners' understanding of bike movements in cities.

Bike Portland reports that the city is planning to buy 200 of the $50 electronic traffic sensors from a company founded by app designer William Henderson.

Henderson's company is known for Knock, a phone app that uses Bluetooth to unlock a Mac when you tap your iPhone against it twice.

Knock has been enough of a hit for Henderson to turn his attention to other things, like counting bikes.

The result is a small piece of electronics that uses magnetic, thermal and speed detection to determine whether a passing object is a bike, a car or a pedestrian.

Traditionally, traffic estimates are based on a combination of automatic and manual counting. But for bikes the results can vary wildly.

There are more sensitive bike detectors, but they're few and far between. The US versions cost about $5,000, Henderson told Bike Portland.

Conventional counters send data via the internet using a mobile phone connection. The trick with Henderson's detector is that it doesn't connect directly to the net.

Instead, it stores data in onboard memory until someone passes by carrying a phone that has a special app installed. Then, the detector sends its data via low-energy Bluetooth to the phone, which in turn uploads it to the cloud.

“If the cost goes down, then we can put them in places that we’re not counting as much right now,” she said. “We aspire to have a lot richer bike infrastructure in East Portland. … This is a way for us to glean a lot more data from those areas.”

Henderson is also working on an app that provides turn-by-turn bike navigation — with a twist. At the end of your ride, you can rate the quality of the route.

That rating data will feed back to be used alongside the data from the traffic detectors to help improve bicycle planning and infrastructure in Portland. Later, this data will power a new technology for turn-by-turn bike directions that takes rider preferences and comfort into account.