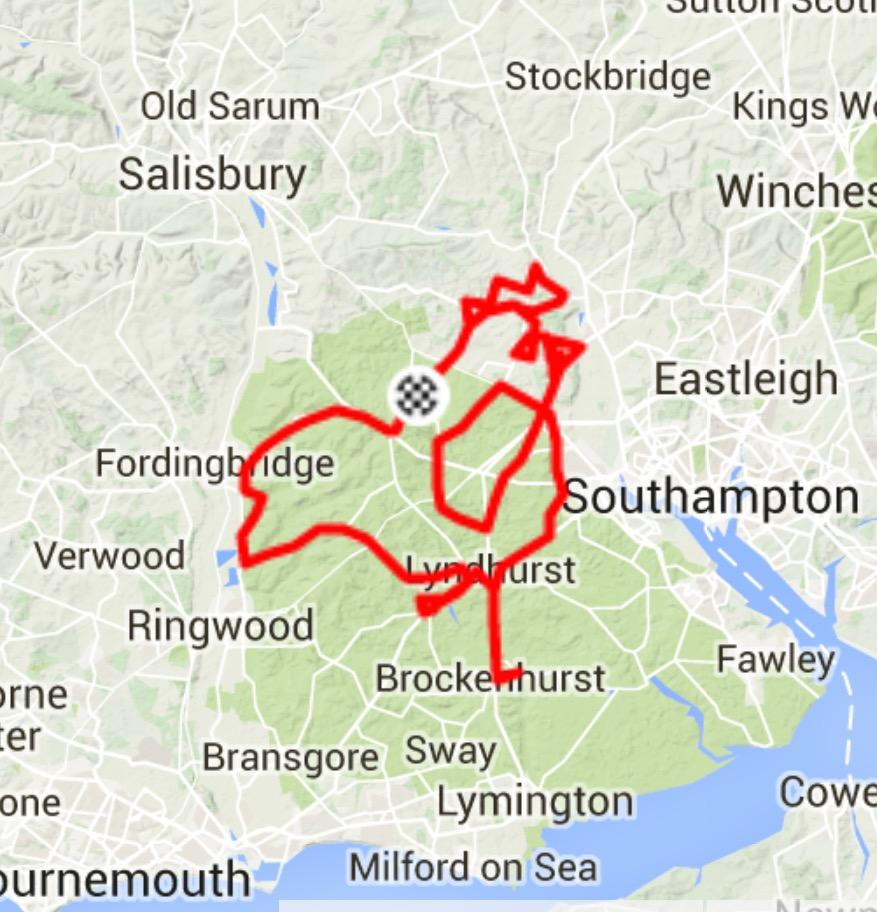 Wiggle have been running a competition to find the most artistic Strava route and this Little Red Rooster from David Taylor of Salisbury took top spot. Come on, you have to admit that it’s a work of genius. road.cc salutes you, David!

Even if you’re not a Strava user, you’ll probably know that one of the features of the website/mobile app is its ability to map the route you’ve ridden or run. The idea of Wiggle’s competition, in association with consumer electronics brand Veho, was for users to come up with the most creative route.

In December, people were invited to enter by sharing their activity with Wiggle on social media, using the hashtag #goodstuff.

Wiggle picked the best entries on “quality and ‘best effort” and David Taylor’s 99.1 mile bike route, mostly in the New Forest, won hands down. We don't know much about art but we know what we like. A big hand for that man. He won a Veho Muvi Action Camera and Southampton FC shirt (sponsored by Veho).

In second place came this run route – That Run Was A Bitch – from Andre Van Der Westhuizen of Australia.

In third place came another run route – Minion Rush – from, er, Andre Van Der Westhuizen of Australia. Minion Rush, by the way, is... oh, just follow this link. Are you seeing it?

Wiggle say that the fact that this one wasn’t drawn during December slightly detracted from its greatness in their eyes.

In fourth place, it’s this bike route from Alice L of Epsom, Surrey. It’s a piece simply entitled Riding Around The Christmas Tree (With A Broken Shifter And Very Dodgy Left Leg). 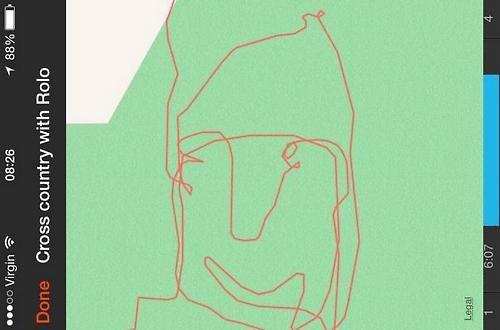 Finally, in fifth place, there’s this from David Barnes. It’s Santa, apparently. A bit avant-garde for our tastes but the fact that it’s cross country rather than on roads and pavements deserves credit.

That Little Red Rooster, though. Class!