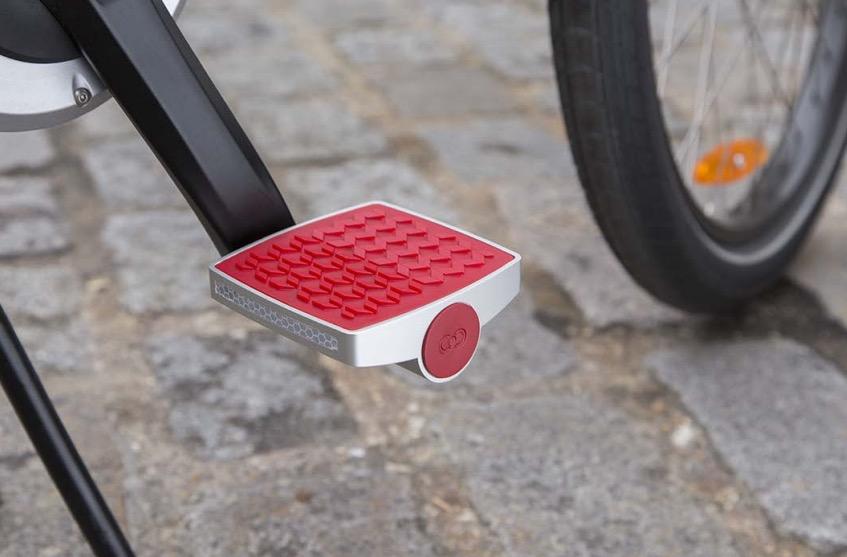 French start-up brand Connected Cycle is this week unveiling a smart pedal that instantly tells you if your bike is moved and allows you to locate it at any time via satellite tracking. Assuming it works as promised, the pedal could help reunite cyclists with stolen bikes and even prevent theft in the first place.

Ah, but what if the thief removes the pedals to avoid detection?

Well, first they’d need to know that the pedals could potentially get them into trouble. Actually, it’s just the one pedal that’s the brains of the outfit; the other is just a standard, non-smart design.

And second, Connected Cycle say that although installation takes less than two minutes, the pedal can only be removed using a coded key that only the bike owner posesses. We’re not yet sure how that bit of the design works but we’re assuming that rather than having a hexagonal hole at the end of the pedal axle for an Allen key like you’ll find on many pedals, there’s some configuration that only an individual tool can turn – although that’s guesswork.

As well as the thief detecting measures, Connected Cycle say that the pedal automatically records the speed, route and incline of all of your rides along with the calories you’ve burned (although, in our experience, calorie measurements are generally approximate at best). This information is sent to the cloud and you can check it out via the Connected Cycle smartphone app.

“The pedal is totally self governing and is able to run all over the world generating its own energy, and using its own Internet connection,” according to Connected Cycle.

There is no need to charge a battery because your pedalling provides the power.

The aluminium-bodied pedals will be available in various different colours.

How much? We’ve no idea. Connected Cycle haven’t yet released a price.

The pedals will be on display for the first time this week at the 2015 International CES (Consumer Electronics Show) in Las Vegas.

For more info go to the Connected Cycle website.