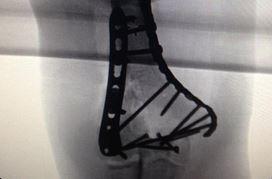 Days after U2 frontman Bono revealed that the injuries he sustained when he fell of his bike in New York City in November may mean he will never play the guitar again, a leading orthopaedic surgeon has said that picking up the instrument would help with his recovery.

Dr Robert Klapper of the Cedars-Sinai Hospital in Los Angeles, was reacting to the publication of an x-ray of Bono's shattered elbow that the 54-year-old musician posted to U2.com on New Year’s Day.

The image shows the three titanium plates and 18 screws that now hold the joint together. 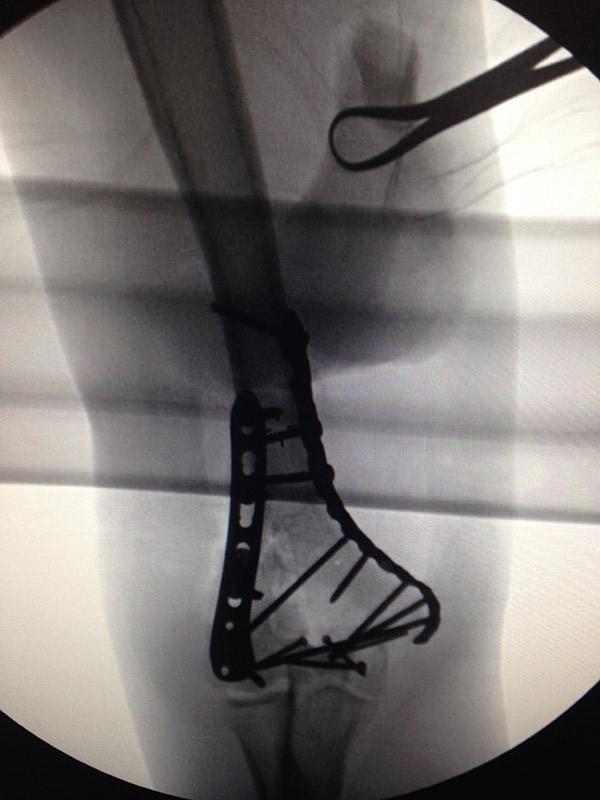 In a blog post that reviewed his 2014, Bono – real name Paul Hewson – said: “The recovery has been more difficult than I thought. As I write this it is not clear that I will ever play guitar again.”

Dr Klapper told the Mail on Sunday that it was “certainly one of the most devastating and complex elbow injuries I’ve ever seen.”

However, the surgeon, who has treated stars such as Dustin Hoffman and Jack Nicholson in the past, added: “Playing the guitar is absolutely the best physical therapy for this type of injury.”

He said the presence of a plastic tie from a plastic sheet of the type used in an operating theatre suggested that the x-ray was taken during surgery, which he said would have been like “piecing together a jigsaw.”

He added: “I expect Bono to play the guitar and continue to be the great musician we all know and love.”

The singer says the bike crash happened as he tried to avoid colliding with another cyclist.