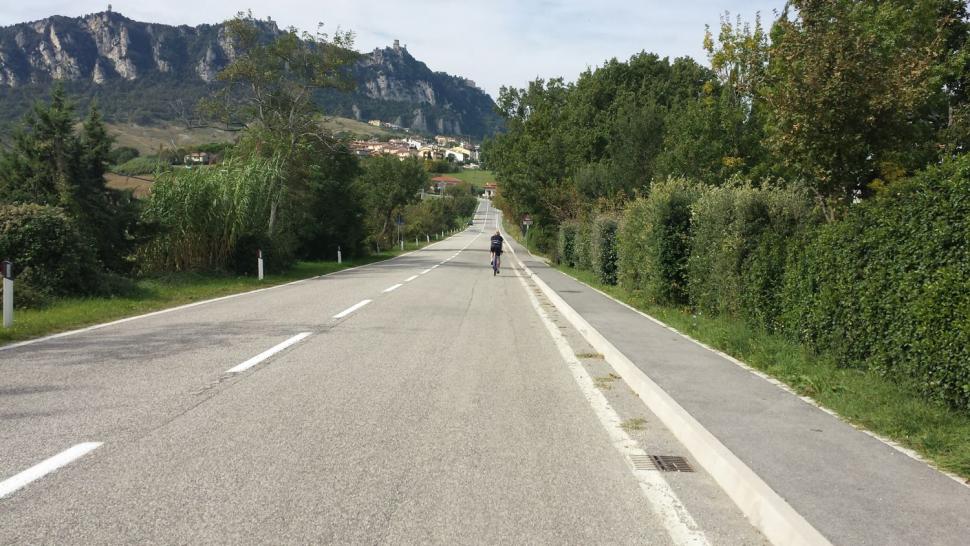 What could you do in 2015 to make your cycling life even better? The road.cc team have their say, now it's your turn...
by Tony Farrelly

New Year’s resolutions usually seem to be about giving stuff up - where’s the fun in that? Oh and generally they are not about cycling either. We’ve decided to fix that this year by making some cycling resolutions that involve doing things to make our cycling lives that bit better in 2015.

These are our resolutions and as you’d expect they cover a very broad range of cycling but we’d like to hear what your cycling hopes, ambitions, and plans are for the year ahead too so let us know in the comments and hopefully between us we can build up a really good list of cycling suggestions and ideas to inspire even more of our fellow cyclists to try something different in 2015. 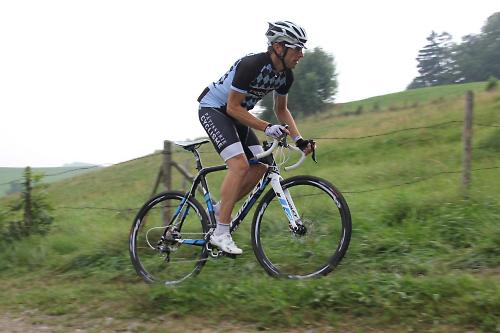 Commit to a series of events - I've done this before and it's a great way of keeping yourself motivated. Somewhere near you there's bound to be a race or sportive series, they tend to come in sets of four or six. It's good to have something to aim for, and stick to.

Ride less junk miles - I like riding my bike a lot. I like racing a lot. Riding your bike a lot and racing do not necessarily make efficient bedfellows. I know I should do specific race training but I see the hill on the other side of the hill I should be doing intervals on and want to go ride over there. This needs to stop and structured training needs to happen if I want to venture out of the results mortar. I still want to just ride my bike though.

Ride my mountainbike. It wasn't so long ago I would split my time 50/50 between road and off-road. It was good to mix the two together as I didn't get stale at either, and it was fun. Then we had a period of rain that seemed to last several years and I rode in the mud too much and for too long and my enthusiasm slowly extinguished and the pilot light went out. Last year we had some sun, proper sun, and the trails went all dry and dusty again and I rode my mountainbike again, and it was fun again. This needs to happen more often. 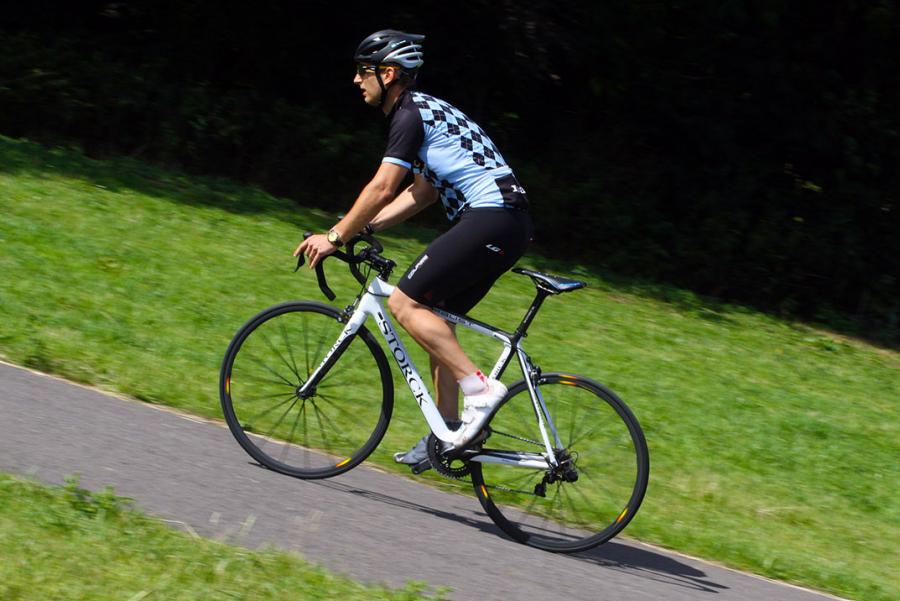 Take my time trialling more seriously!  More specifically beat my 25 mile pb of 54:40 and my 10 mile time of 21:40. Probably achievable if I stop turning up to races with a hangover

1/ Turn my MTB saddle back the right way around again, anyone got a hammer? Would love to find a female MTB'er, not too fast or technical, who won't mind been seen out with me on my Orange P7 with Rockshox.

2/ Get the position on my road bike set up properly (it’s basically the saddle angle) so I don't suffer with back ache, leg ache or give anyone else cycling with me a headache with all my whinging.

3/ Never lend my bikes to anyone else ever again.

4/ Get faster on the Sunday morning club ride so that I can enjoy it more, and not have everyone waiting for me on the top of all the hills.

5/ Ride to work and back at least three times a week. (ride to work on your road bike and we’ll sort your position - ed). 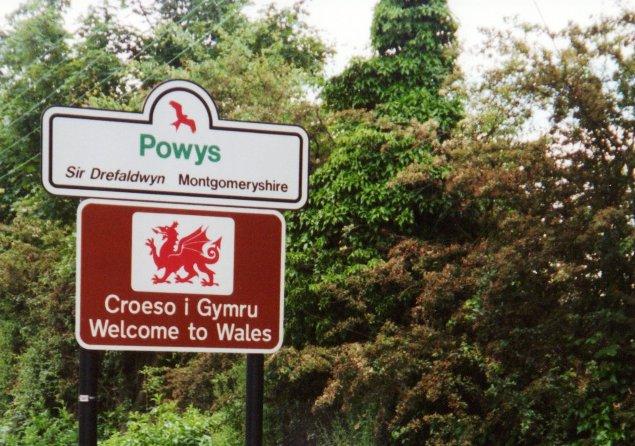 1/ To ride a century (metric). I love riding in the Cotswold countryside where I live (the bit of northwest Oxfordshire that borders Gloucestershire and Warwickshire), but the loops or out and-back rides I do when I find the time tend to come out around 40, 50km. In 2015, I hope to be getting rides in now and again of 100km-plus.

2/ Something I've wanted to do for a while, and which could be combined with the resolution above - I love Wales, having gone to university there, and have fancied the idea for a while of getting a train across the border (relatively easy from where I am), then ride back home across the border, exploring new roads on the way. 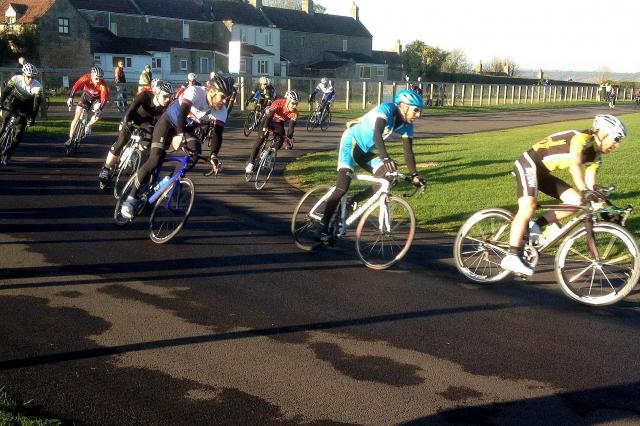 My resolutions for next year mostly carry on from the training that I've been doing and blogging about (/blogs/dave-atkinson/4) for the last few months of 2014. My aim there was to drop enough weight, and get fit enough, that I could finish in the bunch at my local Cat 4 race, and I managed that, before Christmas (/content/blog/138715-achievement-unlocked-finish-bunch). So now I'm firmly on the lowest rung of the sport, I'm resolving to put the work in to try and make it up to Cat 3. Ten points is all I need. How hard can that be?

My resolution is to take part in more sportives. I've signed up to two already! Oh and to stop using cycling as an excuse to eat more chocolate.

My resolution is to try bikejoring with my husky as he loves running beside the bike.
(Want to know what bikejoring is? Watch this video below - it doesn't usually include flying deer though.)

My resolution for 2014 is to achieve a balance between training, pre-race tapering and riding for the sheer fun of it.  Since I started racing, the latter has sometimes taken a backseat and I've missed the sheer fun of going for a bike ride.  I hope to improve that balance next year. 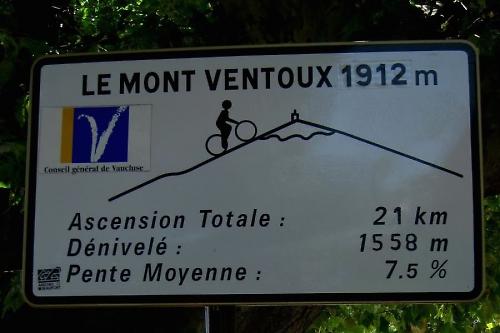 I need to sort out my runners’ knee so I can get back to enjoying my long rides.

I want to head out for the finish of the Tour de France in Paris because I’ve never done that before.

And I’m going to fix those two wheels that are sitting at the side of the garage with broken spokes. I bought the replacement spokes weeks ago but somehow I’ve never got around to putting them in.

Oh, and I want to climb Mont Ventoux. I keep meaning to but it keeps not happening. Hopefully this will be the year. 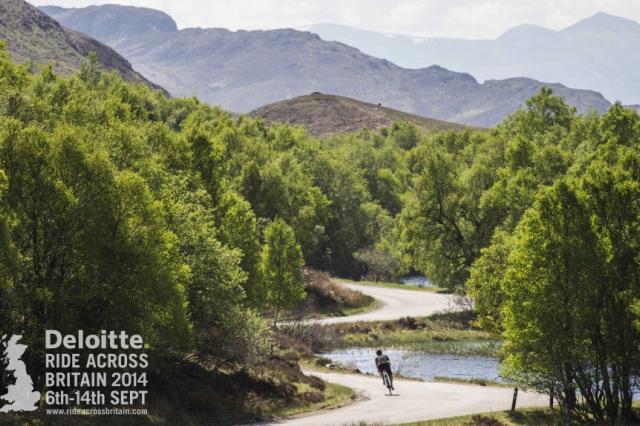 I seem to have talked my way into a place on the Deloitte Ride Across Britain, so while I don't make new year resolutions, I better get fit enough not to make a total prat of myself on that.

Do my first audax, try to get some two-day mini tours in, rediscover my mountain bike, go bike camping, try not to fall out of love with long rides by August due to too much "training" and not enough fun! 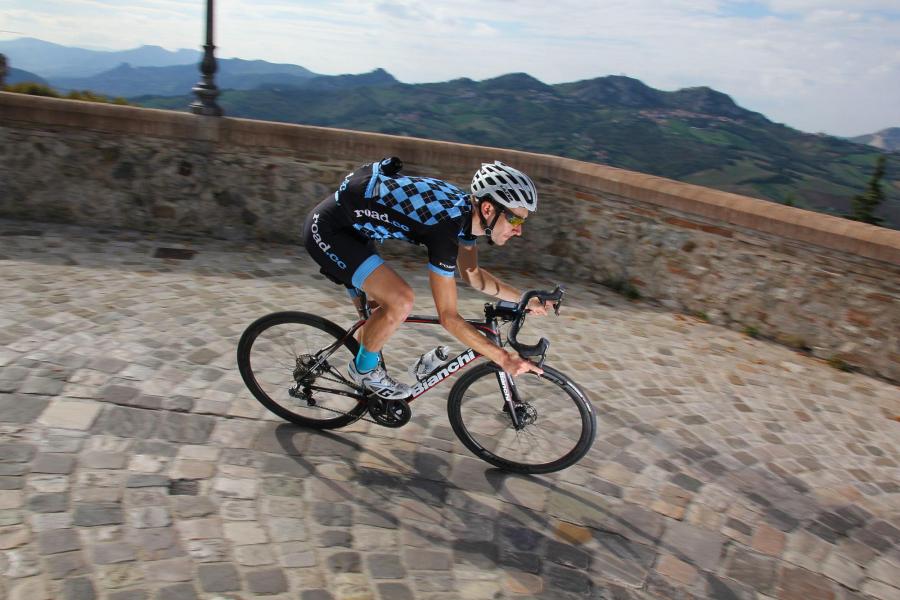 What I would really like to see myself doing more of in 2015 are cycling events in interesting parts of the world that I've never been to before, to open my horizons and ride some new roads I've never ridden before. I've also got a bit of a hankering for some long distance challenges, and also ticking the box for riding in new and interesting location, is the Transcontinental Race. It's strangely appealing, but would certainly be a big commitment (yeah, you can take that as holiday - ed). Another challenge closer to home that I've not yet done is the classic LEJOG, maybe 2015 could be the year when I finally do it? 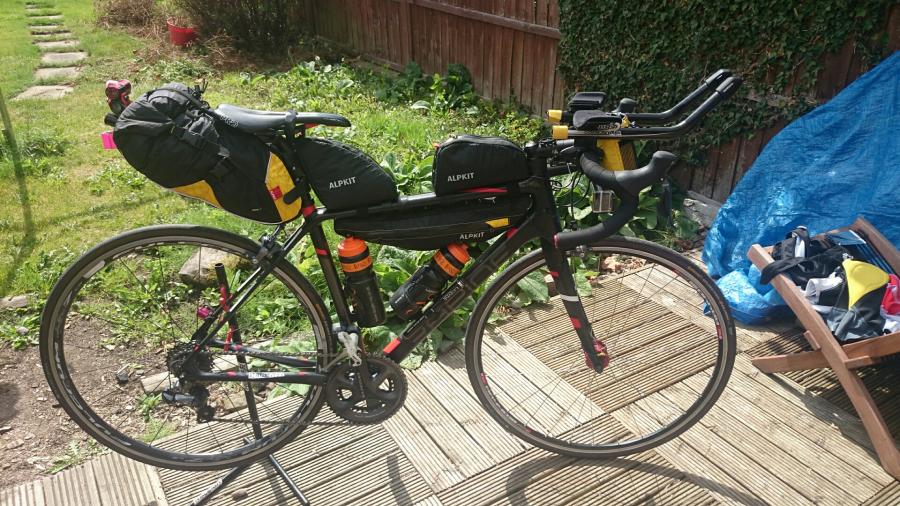 Finish a race, any race will do , but certainly the Transcontinental!
Lose 8kg
Teach my three boys to ride 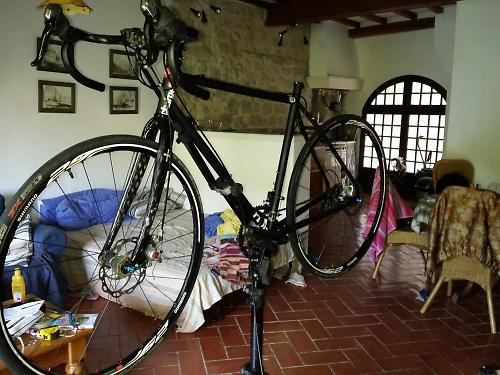 I want to learn to do some proper bike fettling - I really enjoy tinkering with my bike and changing stuff around when I have the time, but I’d like to be able to do it quicker and have more of the right tools - rather than keep nicking them from the office.

I’d also like to get a tandem so that my wife can come and explore the countryside with me too - we’ve hired one in France before and she really enjoyed - even the screaming on the descents. It would have to be a de-mountable one though because we don’t have the storage space so I’d better start saving.

Have a whole day where I only eat cake - not strictly a cycling one, but what the hell I can probably do that one!

Do more 'junk miles' I like just riding my bike.

That's what we're planning/hoping/dreaming of, over to you…