The Revolt is an interesting bike in Giant’s range. “Pedal into the unknown, then keep on going. Ride further on road, gravel or dirt with the adventurous Revolt,” is how Giant describes the Revolt. It's a bike for going anywhere then, for people who like to ride a bit of everything, with space for 50mm tyres, disc brakes and ‘endurance’ geometry. 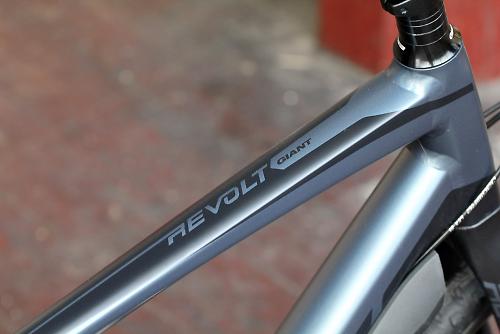 We’ve got the middle of the three bike range in for test. It costs £849 and features an Aluxx SL aluminium frame with a carbon fork. The top tube is dramatically sloped to provide loads of clearance, and the down tube is adorned with a plastic XDefender mudguard, which also doubles as a neat cable housing for the externally routed gear and brake cables. 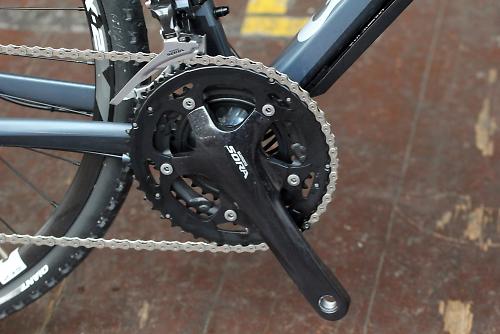 The bike is specced with a Shimano Sora 3500 groupset with a triple chainset (50/39/30) and 11-32 cassette. You could lug this bike up a mountain if you wanted to, with a loaded pannier on a rear rack. The wheels are a combination of Giant’s own Tracker Sport hubs and S-XS rims with Schwalbe Smart Sam 35mm tyres fitted, with tall flanges on the hubs to increase wheel strength.

The Revolt is built around disc brakes and on this model, TRP’s excellent Spyre mechanical brakes, with 160mm rotors at both ends. The rear rotor is neatly tucked inside the angular dropout. You get a second pair of stubby brake levers on the top of the handlebars, which makes controlling the bike on bumpy trails a bit easier. 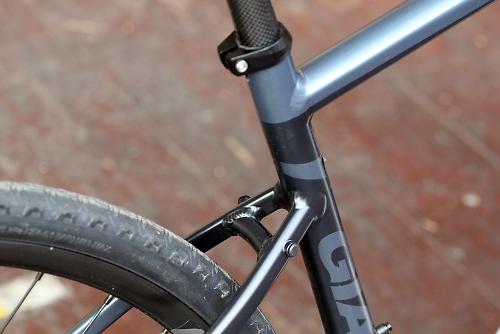 A carbon fibre Giant Connect 27.2mm seatpost will help smooth out the bumps a little. Giant’s own Connect equipment is also used for the XR Ergo-Control handlebars, stem and saddle. 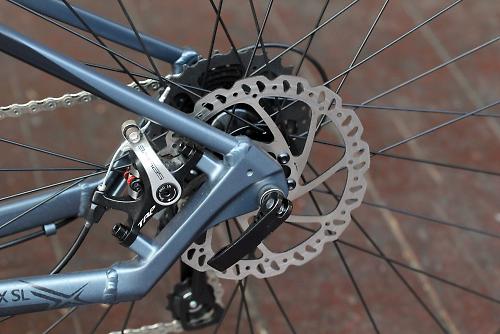 The Revolt isn’t an easy bike to categorise. If we were in the US we could do so by just calling it a gravel bike, but since we don’t have many gravel tracks in the UK, it instead looks like the ideal sort of bike for people who like to mix in some off-road riding, whether it's woodland bridleways, canal towpaths or other unsurfaced paths, with a good dose of regular roads too. Simply put, if you want a road bike with the potential to venture away from the Tarmac, the Revolt is for you. 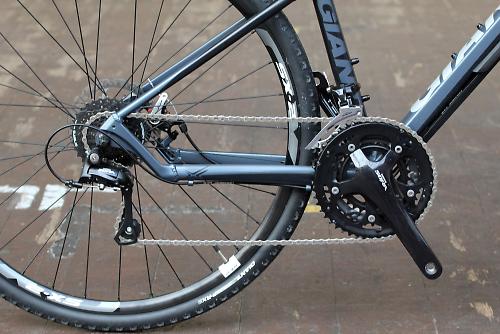 You could also use it for a cyclo-cross race or one of the growing number of cyclo-cross sportive events too. I can see it appealing to mountain bikers who perhaps want a road bike for riding to work, but prefer bigger tyres and a bit of ruggedness. 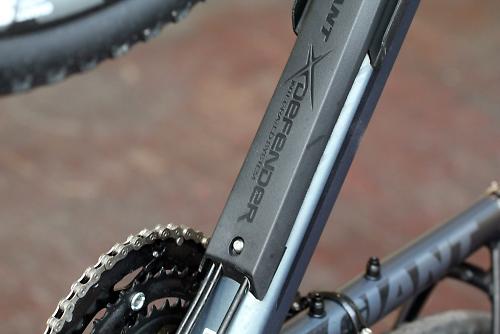 Perhaps a good alternative to the Revolt, and it shows how popular this category of bike has the potential to become, is Specialized’s brand new Diverge. That too takes some of the DNA of a cyclo-cross bike but mixes it up with the genes of a endurance road bike, with big tyre clearance, disc brakes and comfort boosting features.

One thing is for sure, the Revolt looks like a lot of fun, and as winter is the ideal time for mixing up road riding with some off-road antics, we're off to explore our local network of bridleways in the name of adventure.