Specialized revamped the Tarmac for 2015, not only dispensing with the old naming convention, but also introducing Rider-First Engineered. This essentially means they have developed each frame size independently, instead of simply scaling up or down from the 56cm, which is the usual way. So all tube profiles, shapes and the head tube taper are different across the sizes, meaning a 49cm is very different to a 60cm. 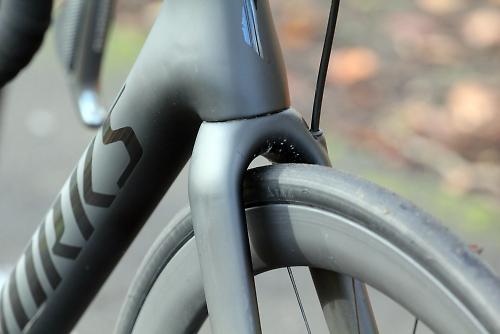 At the same time, Specialized simultaneously developed a disc brake version of the Tarmac. There are very few race-ready bikes with disc brakes, and yes we know you can’t actually race disc-equipped bikes at the moment, but there are still plenty of people that want the performance and geometry of a race bike, with the added benefit of disc brakes. The disc brakes are very tidily integrated into the frame and fork. The hoses are routed internally at the fork all the way through the down tube to the chainstay, where the hose pops out just in front of the brake caliper. The Di2 wiring is internally routed too. The new integrated seatclamp cleans up the top tube nicely and also provides more seatpost extension, allowing the 27.2mm to deflect a little more, providing a bit more impact absorption. Specialized offer three disc-equipped models for 2015, with the range starting with the Tarmac Pro Disc Race at £4,500, and above it the Tarmac Pro Disc Race Di2 at £5,500. They don’t really expect to sell many of £8,000, it’s more a showcase for what is possible if money is no object, but that said we’re sure they’ll sell enough to make it worthwhile. As a case study of what is possible, it’s certainly impressive, and you could consider this a glimpse at what all race bikes might look like one. Controversial I know... 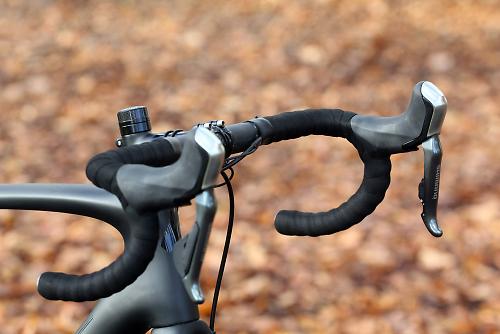 It’s no surprise it’s the lightest disc-equipped road bike we’ve ever had through the office, hitting 6.9kg on the road.cc Scales of Truth. That’s because there is really no weight increase on the disc version of the Tarmac frame, and because it’s laden with top-end kit. That kit includes a Shimano Dura-Ace Di2 groupset and RS785 hydraulic disc brakes, with 140mm rotors at both ends. 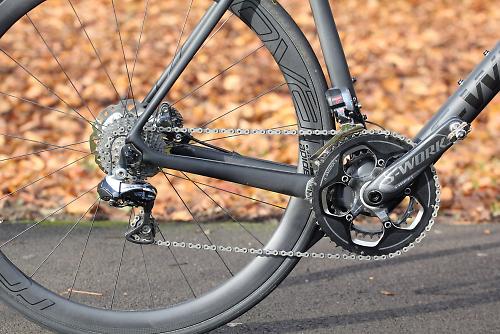 The only deviation from the Shimano catalogue is the S-Works carbon fibre crankset, a sleek looking unit with Shimano chainrings bolted to it. 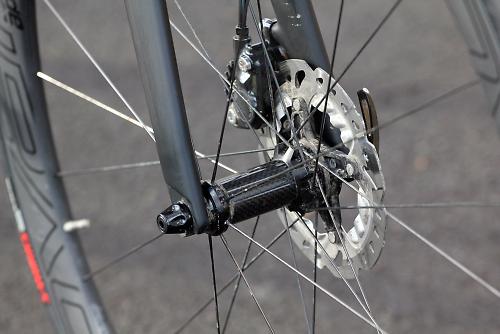 The wheels are Roval Rapide CLX 40 SCS Disc, with CeramicSpeed bearings, and fitted with S-Works Turbo tyres in a 24mm width. There are regular quick release axles as well, Specialized choosing to stay away from thru-axles while there is no clear standard or agreement on the future of axle choices on disc-equipped road bikes. 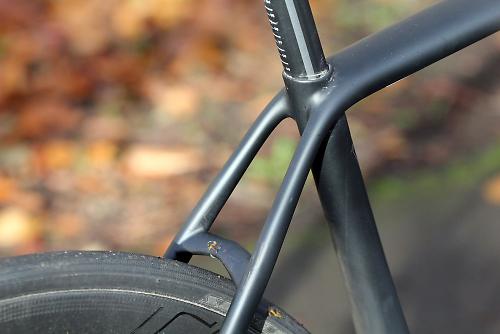 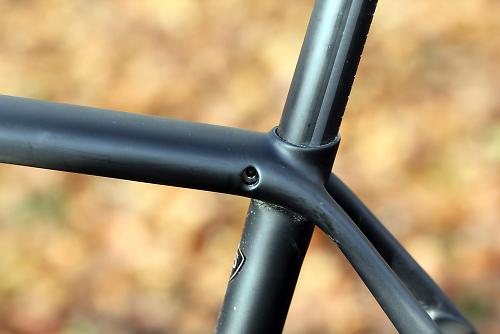 The Tarmac Disc shares exactly the same geometry as the non-disc Tarmac, but to get around the issue of the 405mm chainstays causing chainline issues, which would ultimately be detrimental to the drivetrain performance in certain gears, Specialized have designed a hub that places the cassette 5mm further inboard. Shimano advise a minimum 415mm chainstay length when using disc brakes, so you can see the problem with fitting disc brakes on race bikes, it’s not just a case of slapping on a disc mount and changing the wheel. 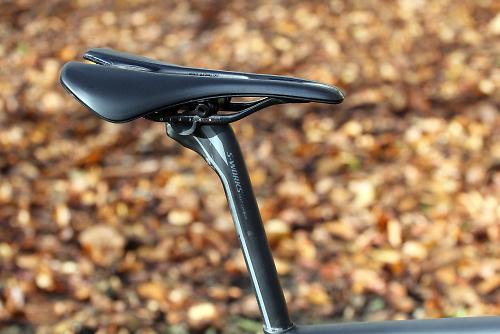 A regular road bike has a 130mm rear axle, but disc bikes have 135mm spacing. Specialized’s rather neat arrangement effectively places the cassette where it would be if it were a 130mm rear hub, and uses a new derailleur hanger and dropout that places the derailleur 2.5mm further inboard. This keeps the chain line sweet but does mean you can't easily change wheels without potentially fouling the chain line. It's the only solution we’ve yet seen for keeping the short chainstays of a race bike while widening out the axle to 135mm to accommodate the disc brake. We’ve tested a number of disc-equipped road bikes this year, but all of them have been endurance bikes, those aimed at providing comfort on longer rides. This Tarmac is the first actual race bike with disc brakes we’ve yet seen, it’s a rare breed that much is true, and provides an interesting glimpse at what race bikes might look like one day, if the UCI do ratify disc brakes for racing. All that remains it to hit the road, get the miles in, and report back soon with our findings.

1
Near Miss of the Day 794: Driver passes cyclists signalling right — police suggest riders should have turned quicker
2
Cyclist's severed foot found on hit-and-run suspect's car as driver arrested
3
"Someone could be killed": Path users blame speeding cyclists for New Forest danger
4
"They said give us the bike or we stab you": Another cyclist targeted by motorbike-riding muggers on popular route out of London
5
"On fire" Geraint Thomas "best I've ever seen him", according to Rod Ellingworth
6
Youth charged with attempted murder after woman stabbed while cycling
7
33 bikes that feature Shimano’s new 105 Di2 groupset from Bianchi, Ribble, Cervelo, Mason, Fairlight + more
8
Land’s End to John o’Groats cyclist dies less than 30 miles from finish