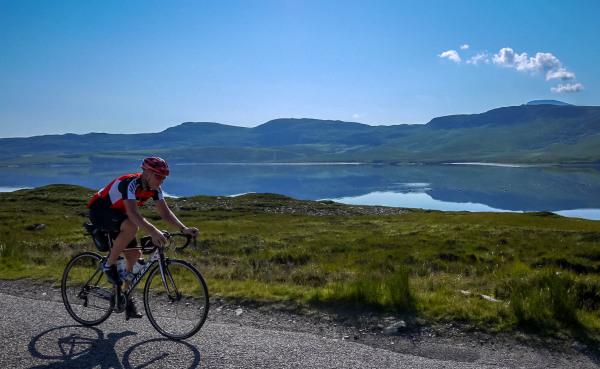 BBC2 Scotland will next week air Sore in the Saddle, a documentary following the gruelling Highlands, Glens and Western Isles 1,300km Audax event. Riding through some of Scotland’s most spectacular scenery, participants have to complete the event in less than 100 hours – and they have to tackle 18,000 metres of climbing on the way.

Sore in the Saddle, an Adventure Show Special follows entrants from Scotland, the rest of the UK and beyond as they take part in the event, which has a bit of a twist on other Audax efforts – riders need to catch ferries as they hop from island to island then back to the mainland.

It begins on the Isle of Arran and continues via Kintyre to Mull, Ardnamurchan and Skye, after which the course switches to the mainland through the Great Glen, Glencoe and the Cowal peninsula ahead of a last ferry from Dunoon to the Ayrshire coast and the finish in Saltcoats.

One participant, Jan Andersson from Sweden, said: “Most Audax riders I know are very nice people, yet something is wrong if you want to cycle these distances. They’re not normal … some masochistic nerve or gene is needed to do this.”

The programme airs at 7pm next Tuesday 9 December and will be available to viewers elsewhere in the UK who have Sky, Freesat or Virgin Media, and will also be available on BBC iPlayer for 30 days.

Here’s a map of the route to give you some idea of the scale of the event.