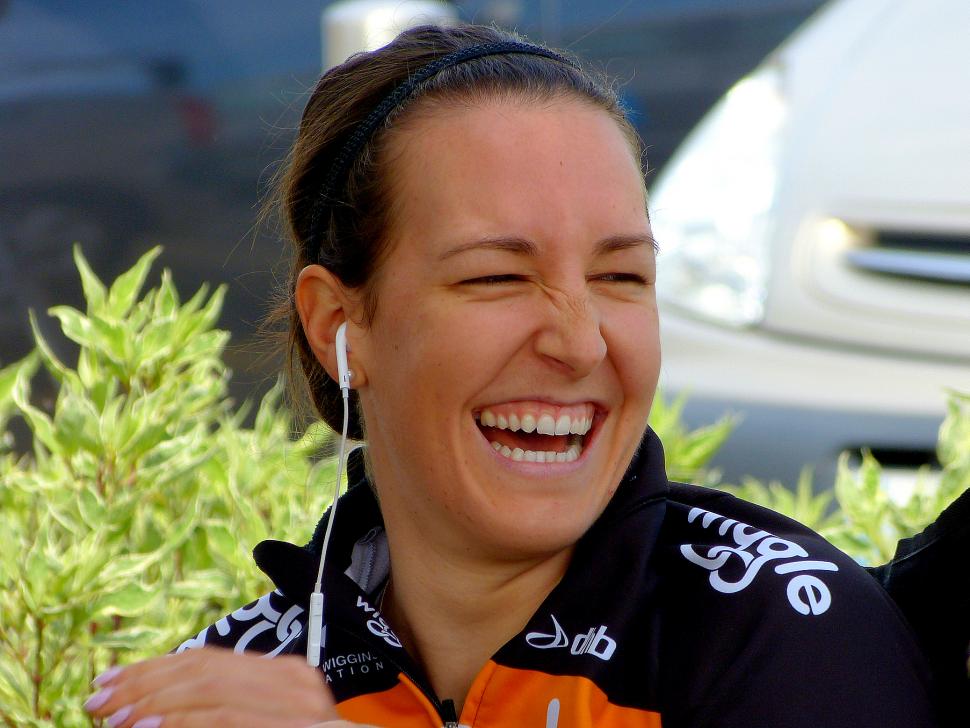 Dani King "thought she was going to die" after training crash

Olympian Dani King says she thought she was going to die after the "freak crash" that put her in hospital with five broken ribs and a collapsed lung on November 6.

King also called on the Government to spend more on cycling infrastructure and repairing dangerous road surfaces like the pothole that caused her crash.

Writing in her column in The Times, King tells how the crash was caused by a hole that took down one of her riding companions on their regular Thursday training ride.

“We were doing about 50kmph (30mph) when the rider on my left hit a pothole and fell to the right, into the bunch. I went over the handlebars, but the impact that punctured my lung and caused ten fractures to my ribs actually came when the rider behind me rode into my back.”

King sat up in the road and found she couldn't breathe properly.

After an hour's wait for an ambulance, King was the last to be treated because other riders had head injuries.

“I had done 100 kilometres already, so I was tired and soaking wet, then I began shaking. I was in a lot of pain, really scared and I couldn’t cry because I couldn’t breathe properly so I just tried to keep calm.”

In order to get her on a spinal board and into the ambulance, paramedics had to give King morphine. Being moved into a flat position from being curled over in pain was excruciating.

“That was one of the worst things I have ever experienced,” she writes. “I could almost feel my ribs grinding together.”

“On the way to the hospital, I still couldn’t breathe properly. That was when I thought I was going to die. All I remember was looking up at the bright lights in the ambulance and trying to stay calm.

“And then I was worried because I couldn’t feel my feet. That turned out to be because I was so cold but I thought that even if I didn’t die, I might be paralysed.”

King was initially diagnosed with four broken ribs, and her punctured lung wasn't picked up until she underwent a CT scan.

“They quickly gave me an epidural and a lung drain before sending me to intensive care, where I spent two nights.”

King spent ten days in hospital, but was back on a bike before she left.

She writes: “It may sound mad, but a week after the crash, I was on a stationary bike again - wearing a chest drain. The hospital staff had brought me pedals, which looked like something from the 1950s but they put a smile on my face.

“The most frustrating thing had been not being allowed to exercise, so when the physio asked if I wanted to try and get on a bike, I said: 'Yes! Let’s go!'”

King won't be able to ride on the road for six weeks, to avoid the risk of further damage, and hopes to be training properly again by the beginning of January.

In a perfect world, though, there would have been no pothole for her training companion to hit.

“Potholes like the one that caused my accident can develop overnight but I wish more money was put towards repairing dangerous road surfaces,” she writes.

She also threw her weight behind calls for better cycling infrastructure. “British Cycling has called for £10 per head per year and that’s the kind of investment we need if we are to encourage more people to cycle on the roads. We lag so far behind countries like The Netherlands and Denmark.”

King is healing rapidly and is hoping for a 2015 better than her 2014, which started with injuries and ended in a crash.