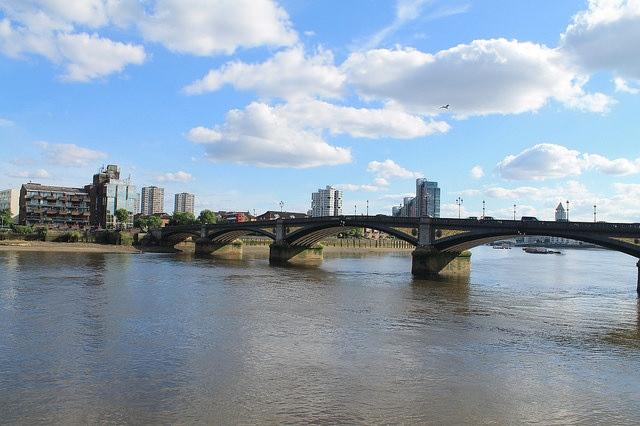 Cyclist dragged along by skip lorry appeals for witnesses

A woman left seriously injured after she was hit by a skip lorry and dragged beneath it for 30 yards is appealing for witnesses after police were unable to take action due to insufficient evidence. Elizabeth Crockett says more must be done to help cyclists and motorists share the roads and has expressed support for this year’s ‘look out for each other’ themed Road Safety Week.

Crockett suffered a fractured collarbone and back, seven broken ribs and friction burns and bruises to her back and body after a skip lorry turned into her path while cycling on Battersea Bridge in London on the 4th of October last year.

“I remember everything about the accident itself which still haunts me to this day. I particularly remember thinking that I was going to die. I remember being alongside the vehicle and knowing there was enough space between myself and the truck but then suddenly realising it was veering into me.”

Crockett, who had been on her way to work, describes being surrounded by a crowd of people in the immediate aftermath of the incident. The lorry itself only stopped when a passer-by flagged it down on Surrey Lane after the bridge.

However, police were unable to pursue a prosecution due to lack of evidence. Crockett has now asked a law firm to investigate and hopes that witnesses to the collision could help her secure a rehabilitation settlement.

“The collision has had a significant impact on Elizabeth’s life as not only has she suffered multiple injuries, but she has also struggled to come to terms with the trauma of what happened. Elizabeth has also had to give up cycling, which she loved because she is simply too terrified to get back into the saddle on the busy roads in London.

“We continue to be contacted by a significant number of cyclists who have suffered injury on the roads and we have long called for the appropriate infrastructure and legislation to be put in place to protect vulnerable cyclists and to help other road users avoid them. We hope Road Safety Week serves as a reminder to all road users about the importance of taking care on the roads to protect both theirs and other people’s safety.”

Organised by the road safety charity, Brake, this year’s Road Safety Week runs from 17-23 November and carries the theme ‘look out for each other’.

Crockett herself said of the campaign:

“I hope that Road Safety Week reminds drivers to be on the lookout at all times for vulnerable road users, such as cyclists and pedestrians, to prevent anyone else from suffering like I have.”

Anyone who has any information about the incident can contact Peter Lorence at Irwin Mitchell on 0207 421 3867 or email peter.lorence [at] irwinmitchell.com.