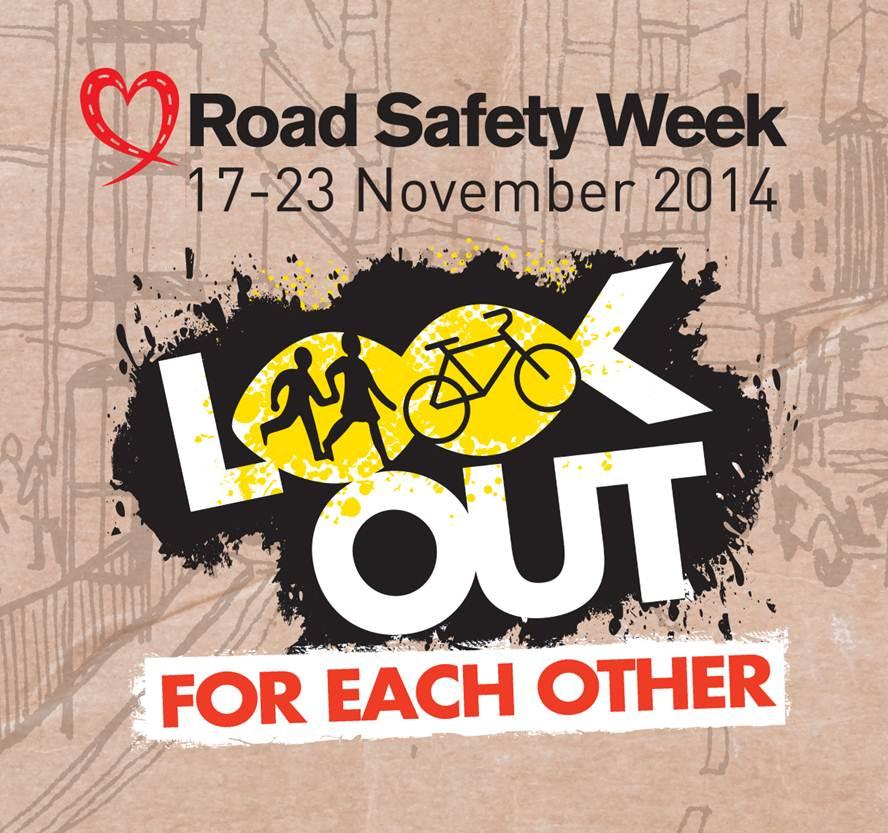 Road Safety Week begins on Monday, with the theme ‘Look Out For Each Other’.
by Sarah Barth

Road Safety Week begins on Monday, with the theme ‘Look Out For Each Other’. The series of events and schools educational programmes aims this year to “be particularly calling on drivers to protect people on foot and bike by slowing down to 20 in communities, looking longer and taking it slow at junctions and bends, and giving people plenty of room.

“We’ll also call on everyone to put safety first and be considerate to one another, encouraging people on foot and bike to never take chances, and make sure they can be seen.”

Despite sounding innocuous enough, Road Safety Week has been criticised by cycle advocates for putting too much emphasis on the actions of vulnerable road users when apportioning the blame for collisions - and for failing to effectively lobby government for improved cycle infrastructure - but instead focusing on public education.

The blog Road Danger Redaction Forum wrote: “This slots into a belief system where responsibility from drivers is reduced and transferred on to their potential (or actual) victims.

“For cyclists and pedestrians to really “be seen” we need a reversal of this belief system, with enforcement, car and highway engineering which is based on a cultural shift to place responsibility back where it belongs.”

And social media cycling activists didn’t hold back either:

@PhilipGoose Brake have appeared as spokesmen for PPE in many instances. In all cases this has been unsubstantiated victim blaming.

So when Carlton Reid, editor of BikeBiz and author of Roads Were Not Built For Cars spotted the Twitter backlash going on against Road Safety Week, he called in Brake's senior community engagement officer Philip Goose to see what he made of the accusations.

Mr Goose denied victim blaming, saying: “We recognise that 4% of miles travelled in the UK are made on foot or bike, but vulnerable road users make up almost half of road deaths.

“Up to 95% of crashes are caused by driver error, so it is therefore vital that drivers take responsibility to protect themselves and everyone around them.”

When asked about the charity’s lack of efforts to improve infrastructure, Mr Goose said: “We are also campaigning for 20mph limits as the default urban speed limit.

“We are also fully behind increased funding for infrastructure to make sustainable transport safer and more attractive.”

He added: “We would love everyone who cycles to get behind Road Safety Week, whether you cycle to work or to the shops, whether you like touring around the countryside with your family, or racing or taking part in sportives with your local club.

“‘Look out for each other’ is all about how we can do more to stop the five deaths and 61 serious injuries every day on UK roads.

“Drivers have a particular part to play in this, and as cyclists many of us drive, or know people that do, and we can all play a part in influencing driver behaviour.

“We can also as individuals all call on our local politicians to implement 20mph urban speed limits and safer infrastructure for all road users.”

Later, on Twitter, Mr Goose confirmed that on a personal level, he was not in favour of compulsory cycle helmets.

So at least that’s one row avoided...