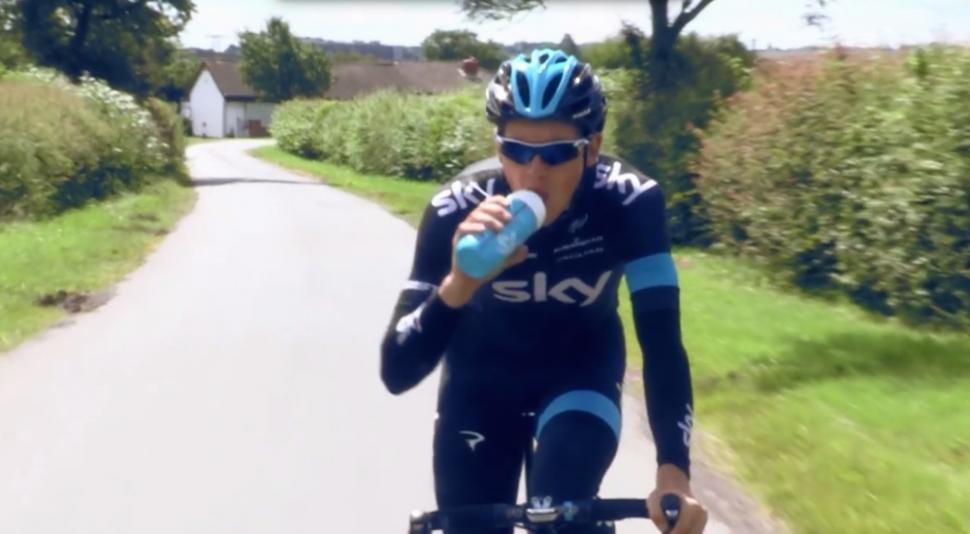 Team Sky’s Ben Swift is targeting Milan-San Remo in 2015 after it was confirmed that the race would be run on the same route as 2014 – a course on which the British rider managed third place. That result was something of a surprise with Swift only a late inclusion in the team, but his good showing means the Monument is now ‘a big focal point’ for next season.

Swift won a stage in the Tour of the Basque country and finished second in the national championships behind team-mate Peter Kennaugh in 2014, but his Milan-San Remo podium place behind winner Alexander Kristoff was perhaps his highest profile result. The Rotherham-born rider told teamsky.com that he feels the race suits his characteristics – specifically his ability in reduced bunch sprints.

“I showed this year that Milan-San Remo is quite a good race for me. I only got a pretty late call-up once we knew the course had changed. Now, we know from early on that it’s going to be the same as this year.

“I definitely want to make that a big focal point for the start of the year, and doing that works well with the races around it, like Pais Vasco. I do enjoy the big bunch sprints, but I much prefer the hillier sprints when you have got 40 men left.”

It’s a rather more specific goal than the two rather nebulous ones he says he had at the start of last year. “One was just to be consistent and have a good solid year. And then to almost get the belief back for myself, but also from the team and the riders.”

Swift is now looking forward to a good stint of winter training – something he says he responds well to. Where last year he began his break in August in need of an operation, this year he is hoping a more normal winter will make a small but crucial difference for the coming season.

“I had seven second places this year. If I could have turned half of them into wins it would have been an amazing year.”

Another major race which many feel may suit Swift in 2015 is the World Championships road race which will be held in Richmond, Virginia. There are aspects of this year’s race in Ponferrada that he wishes could have gone differently – “I could have been sprinting for a podium if we’d got that group back” – but describes his experience of leading the British team as ‘special’. And while he stops short of saying exactly when, he does admit that the worlds is definitely something he’d like to target again in the future.