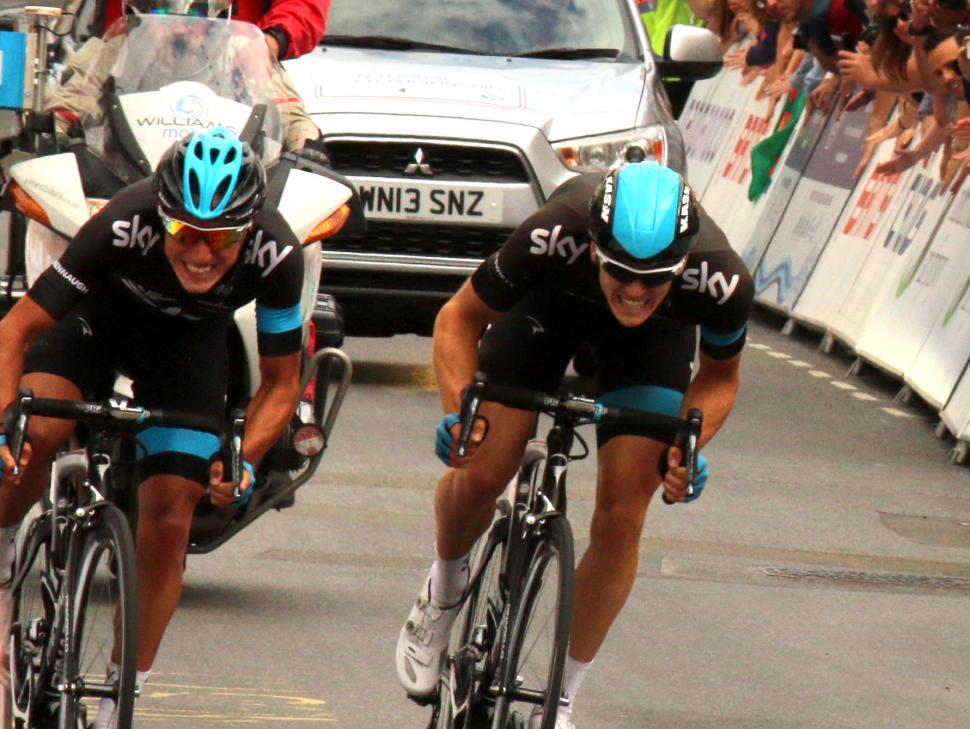 Laura Trott and Peter Kennaugh both sprinted to victory at yesterday’s British Cycling National Road Race Championships. Kennaugh outsprinted training partner, team mate - and sprinter - Ben Swift to take the men’s title, while Trott was led out by her team mate Dani King for a Wiggle Honda one, two. The pair outsprinted defending champion Lizzie Armitsted who came in third.

Commenting on his victory over Swift, Kennaugh said: “It’s an amazing feeling.

“On the last lap it was hard to race against such a good mate. He sat on for most of the last lap, and I thought it was game over. But I knew the last 200 metres was downhill and I thought I had a chance. I couldn’t believe I won it!

“I’ve done so many training sprints with Swifty and he leaves me behind every time, but today was my day! I’ve been so close to this title for so many years, this has to be a really special result for me!”

Trott went in to the women’s road race feeling that she had a point to prove following Thurdsay time trial.

She said: “I was so disappointed after the time trial, I thought I had good form, but the time didn’t really reflect the form I thought I had, so to come here and win this, I’m just so pleased.

“It’s just unbelievable. It’s up there with a World title. It’s been such a roller coaster recently and I’ve been feeling a bit down, but to come and win this… when I crossed the line I was just so happy, and I think it takes only one race like this to say ‘yeah, I am still there, I am still good enough.’ ”

Here's the Wiggle-Honda team's home movie of their successful weekend:

Both Kennaugh and Trott had the benefit of strong teams. Orica Greenedge’s Simon Yates, who finished third in the men’s race, had to contend with a quartet of Sky riders in the day’s decisive break.

Kennaugh attacked Swift repeatedly on the final two laps of a seven kilometre circuit, but could not

shake him and it looked like Swift’s superior sprinting would land him the national champion jersey. But Kennaugh let Swift lead out the sprint and timed his move perfectly.

As the 101km women’s race entered its closing stages, Armitstead established a ten-second lead on the first of four laps of the eight-kilometre finishing circuit.

However, she was chased down by a determined combination of Trott and King, allowing Trott to sieze the chance to demonstrate that she was more than “good enough”.