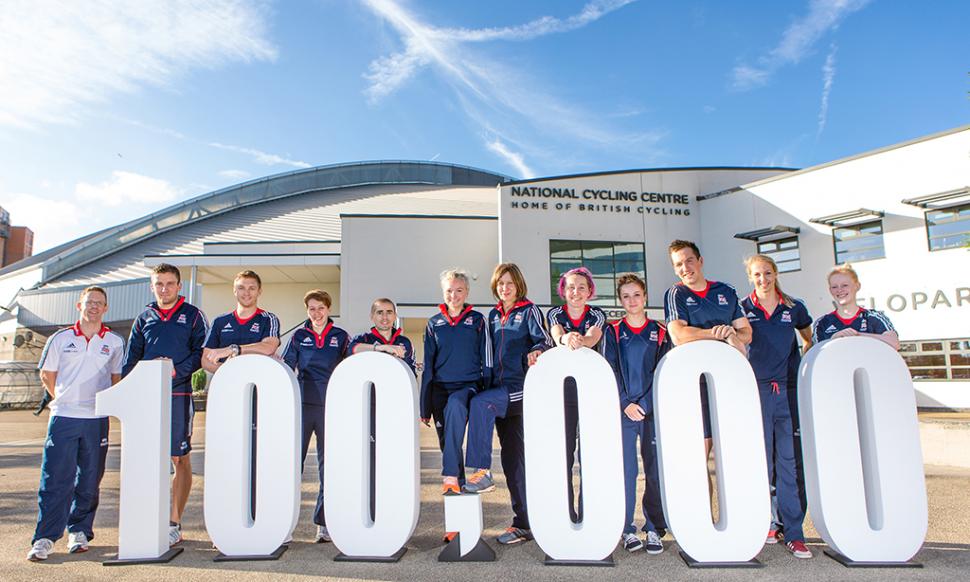 Cycling's national governing body British Cycling has passed 100,000 members for the first time in its history, the organisation has announced today — and half of those members joined since the 2012 London Olympic Games.

British Cycling credits that growth to the high profile of cycling since Team GB's success in the Beijing and London Olympics, and the organisation's collaboration with Sky which extends from the pro team of Bradley Wiggins and Chris Froome, to local guided and social rides. A total of 360,000 people have taken part in town centre Sky Rides and local and guided rides.

A large part of British Cycling's growth from about 15,000 members in 2005 has been a big increase in junior riders, which CEO Ian Drake says puts the body in a good place for the future of racing.

“In Sydney 2000 we had just over 1,000 under-18s,” Drake told the Telegraph's Tom Cary. “That was the entire talent pool. Fast forward to today and we have more than 13,000 under-18s regularly competing. I’m confident that if you’re a young person with talent, the system will pick you up.

“That is no guarantee that we will produce another Wiggins or another Hoy or another Pendleton, but the law of averages says that we will give ourselves a better chance of doing so.”

“It cements our position as the largest cycling organisation in the country and provides us with a solid platform in our efforts to transform Britain into a true cycling nation.

“We are supporting our membership activities at all levels – from the Great Britain Cycling Team and our talent pathways to entry level racing, young people’s coaching, club racing and our recreational cycling programmes which are helping people to start and stay cycling with British Cycling.

“Critically, we are standing up for all cyclists in our efforts to persuade national and local government to invest in cycling. From lobbying for safer roads and junctions to campaigning for all children to learn to ride a bike at school, we are working on behalf of our members to ensure that cycling’s full potential is realised."

British Cycling president Bob Howden hailed the contribution of the organisation's grass roots to its growth.

“Our volunteers, clubs, and organisers at all levels have done an amazing job in supporting the growth of our sport to ensure that the inspiration created by our athletes has translated into record numbers of members and participation at all levels," he said.

To mark the occasion, BC has created quite a tidy infographic. Click for a larger version: