As ridden by Europcar’s Bryan Coquard at the Tour de France, and now being ridden by me for our week at the Hotel Belvedere in Riccione, Italy, this is Colnago’s brand new V1-r. It is their first aero road bike, and sits alongside the C60 (also new this year) as the go-to race bike for those who want added aeroness. It's two in one at at Colnago though with the monocque M10 losing its place in the Conago line-up to the V1-r. 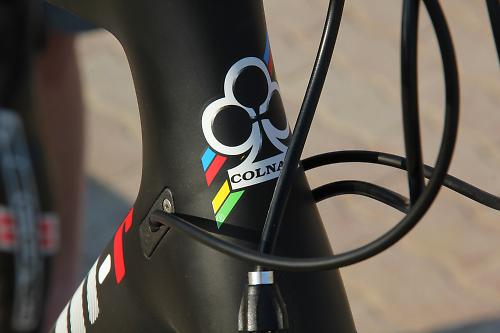 First impressions are… well I didn’t even get as far as swinging a leg over it before I was surrounded by a group of Italian cyclists outside the hotel wanting to get a closer look, lift it up, stroke the Ferrari badge. All of them gave me the thumbs up so I think it’s clear to say Colnago have created a good looking bike based on that reaction. First impressions good then, although to be fair I'm not sure anything sporting a Ferrari AND Campagnolo badge wouldn't meet with general approval with in these parts. 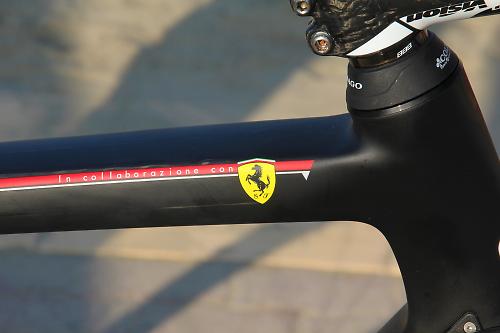 Ah yes that Ferrari badge. Looks good on a red car, not sure about it personally on a bicycle. The reason it is even there is to mark the fact that the car manufacturer played a part in the development of the frame, and who better than a company that specialises in high performance road cars and has been at the pointy end of Formula One for so many years to help design a carbon aero race bike. 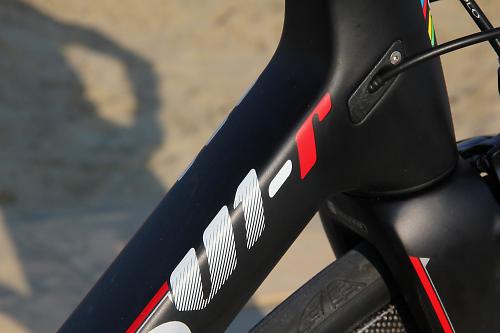 Colnago have used NACA airfoils (airfoil shapes for aeroplane wings developed by the National Advisory Committee for Aeronautics) profiles for the main tubes, with the down tube featuring a truncated shaped, much like the Kamm Tail that is commonly used on most other aero bikes. It offers the aero performance of a full tear drop tube section but with the tail chopped off weight is is reduced and stiffness can also be improved. 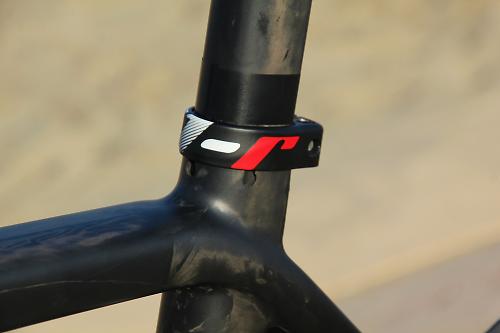 The seat tube and seatpost also uses a D-shaped truncated profile. As we’ve seen with many other aero road bikes to hit the market in the last few years (and I think Trek were one of the first to do it with their Madone) the rear brake has been relocated from the seatstays to under the chainstays. The thinking here it to clean up the airflow and minimise drag around the seatstays, and hide the brake caliper behind the bottom bracket where it is out of the flow of air. Interestingly Trek have gone back to a conventional seatstay mounted caliper with their new Emonda. 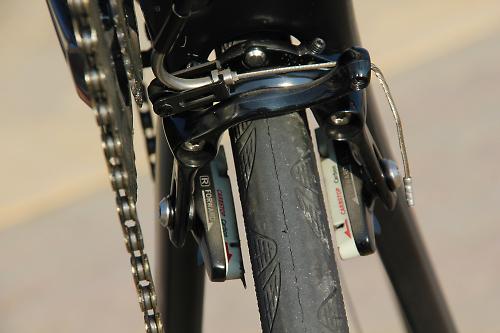 This is also the first Colnago to use the new direct mount brake standard developed by Shimano. Rather than a single central mounting bolt that passes through the frame secured by a bolt on the other side, the direct mount uses two bolts that thread directly into the frame. Shimano make claims for better aerodynamics and brake performance, as the caliper is more securely mounted it should be stiffer. 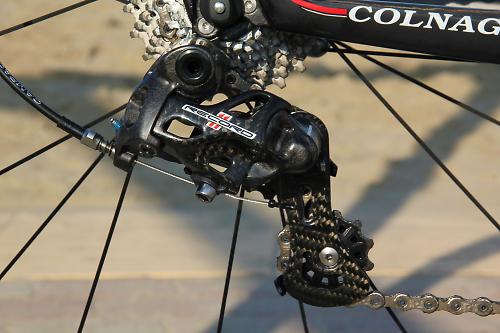 As we know Colnago are disc brake fans. They’re offering the V1-r in a disc or rim brake flavour, so you can take your pick. The disc brake version isn’t ready yet, they’re still finalising the new fork with the thru-axle they're developing with Manitou, so we’ve got to make do with the rim brake model for now - okay, maybe not actually 'making do'. Our bike has been kindly built up by Colnago UK distributor Windwave with a Campagnolo Record 11-speed mechanical groupset, Vision Metron 40 wheels and matching handlebar and stem.

Campagnolo don’t offer a direct mount brake caliper yet, so our bike uses a TRP rear brake and what appears to be suspiciously like a non-branded Shimano unit up front. I’ll be glad of the 25mm wide Continental Grand Prix 4000 S tyres on Italy’s roads - it's just like being at home here in that respect. 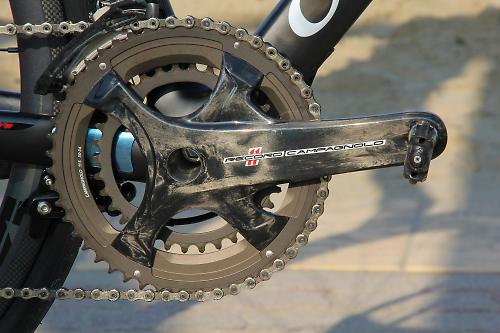 What else can I tell you about the V1-r? Well all the cables are routed internally, the new fork uses a 1 1/4in to 1 1/8in tapered steerer tube with machined aluminium bearing sets, the dropouts are made from carbon fibre and the seatpost has a 27.2mm diameter. It’s not a round tube post though, you have to use Colnago’s dedicated post. 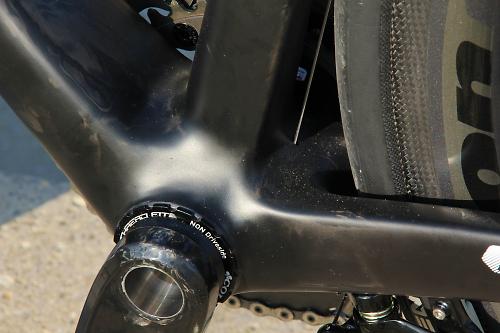 There is the same ThreadFit82.5 bottom bracket as used on the C60. This system uses replaceable sleeves that thread into the bottom bracket shell and accepts any current bottom bracket. The reason for its development was to try and eliminate the usual problems of creaking that can sometimes occur on press-fit bottom brackets. Colnago have utilised the extra width of the wider bottom bracket to oversize the down tube, seat tube and chainstays. 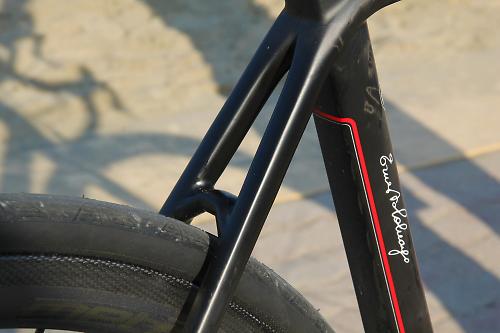 We remembered to pack our scales for the trip (mostly to ensure our luggage met the measly Ryanair baggage weight limit - well, your luggage - ed) and the V1-r tickles them all the way to 6.95kg (15.32lb). It's not exactly going to hold you back on the hills is it now...

So I’ve got a week with the V1-r and the weather here in Italy is superb with comfortably warm temperatures, clear blue skies and lots of fantastic rolling roads up in the hills to play on. Let’s see how I get on.

More at www.colnago.com and thanks to www.windwave.co.uk for lending the bike.