Following the release of the new C60 just a few months ago, Colnago have just launched the V1-r, their lightest ever frame with a claimed weight of 835g (size 48) which represents their first foray into the aero road bike market. The new bike also resurrects Colnago's partnership with Ferrari to select the carbon fibre, with the motoring company's crest displayed on the frame. The V1-r is Colnago's first aero road bike. All the main tubes and fork blades have been shaped using NACA airfoils (airfoil shapes for aeroplane wings developed by the National Advisory Committee for Aeronautics), with a truncated shape, much like the Kamm Tail profile that is used by quite a few bicycle manufacturers. This tube shape is said to offer a decent aerodynamic performance while providing a good balance of weight and stiffness. 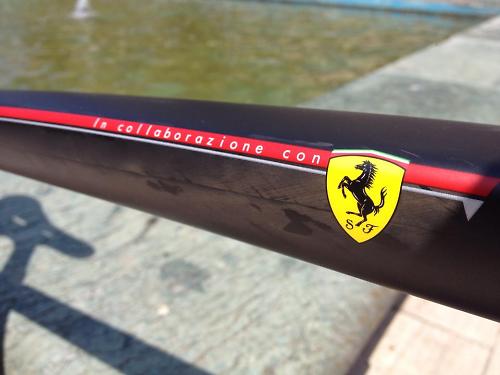 They’ve also followed in the footsteps of quite a few aero road bikes on the market in locating the rear brake caliper underneath the chainstays, leaving the area around the upper chainstays very clean. In another first for Colnago, they've adopted Shimano’s direct-mount brake calipers. 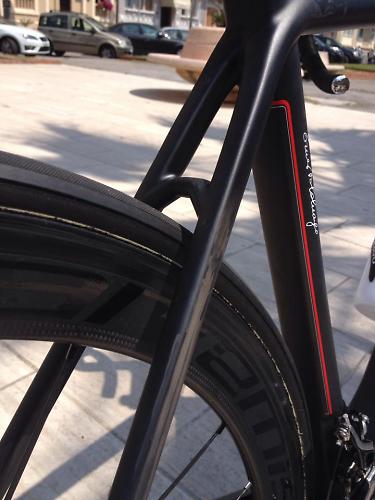 Colnago says these offer “better integration, both structural and aerodynamic, with the frame and fork” and saves weight and provides superior brake performance. They’ll use their own version of Shimano’s direct-mount caliper on SRAM and Campagnolo bikes, because neither of those companies produce one. 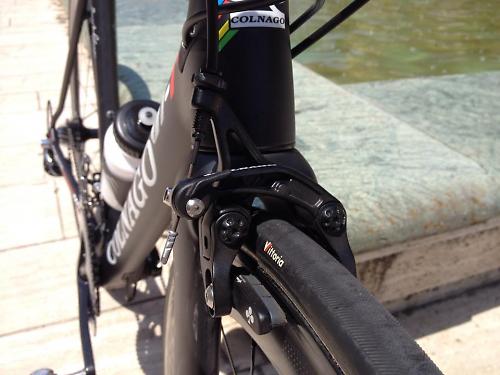 As we know, Colnago are fans of disc brakes on road bikes, and like the C60, which is offered in disc and a regular caliper version, the V1-r will also be offered in a disc flavour too. There are no pictures of that bike yet, but they do offer details, such as the use of the hexlock15 bolt-thru axle, developed by suspension manufacturer Manitou, on the disc-specific fork. 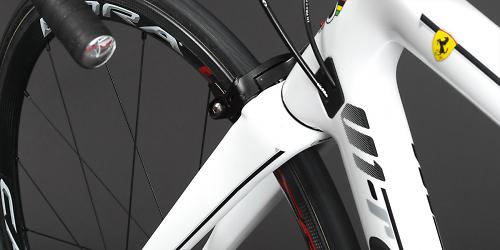 Unlike other bolt-thru axle standards, hexlock15 is really easy to use, simply requiring turning the quick release lever 90 degrees to release it. The frame will use a regular quick release rear axle, with the same carbon fibre dropouts as the rim brake version. The hydraulic hose will be internally routed. They use threaded inserts said to make installation and centering of the disc easy. 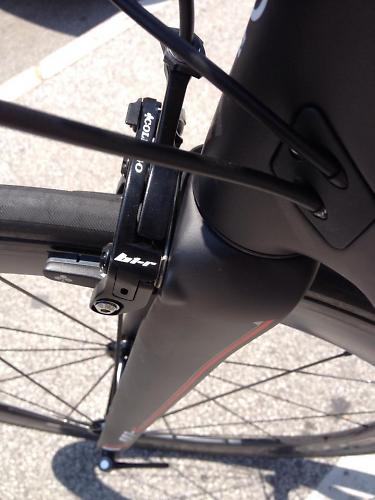 Colnago have designed a new fork to accommodate the new direct-mount brake calipers, which uses a pair of mounting holes (regular calipers use a single centre mounting hole). Like the frame, the fork blades have a truncated aero profile shape. There is space for a 28mm tyre, which is interesting because even on the C60 a 25mm tyre is a mighty close fit. The new fork uses a  1 1/4in-1 1/8in tapered steerer tube with machined aluminium bearing seats and aluminium dropouts. 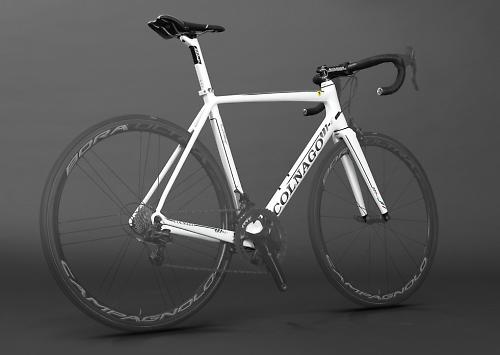 The new frame uses carbon-fibre dropouts. When they released the C60, which uses alloy dropouts, Colnago claimed alloy dropouts were lighter, stronger and stiffer than carbon. We can only presume they’ve found a way of making a carbon dropout that is better in each of those departments than an alloy one. 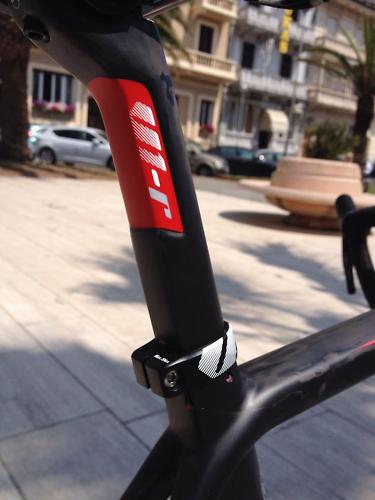 Unlike the C60 which uses a 31.6mm diameter seatpost, the V1-r uses a new dedicated 27.2mm seatpost. It has the same truncated airfoil shape as the frame and uses a forged aluminium head as found on previous Colnago models. This is a move that puts Colnago on the same page as many manufacturers that have also moved to 27.2mm seatposts to achieve a bit more comfort. 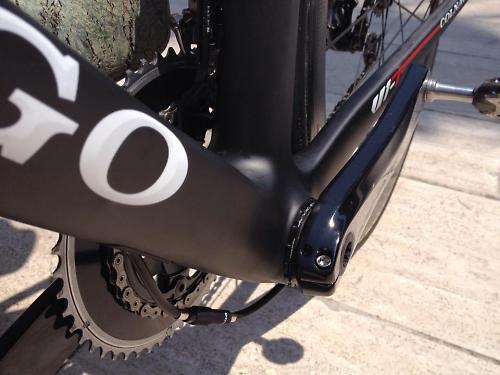 At the bottom bracket the V1-r employs the same ThreadFit82.5 shell first revealed on the C60. It’s a wide bottom bracket shell with screw-in alloy cups to house the bottom bracket bearings and accepts any BB86 compatible crank from Shimano, SRAM, Campagnolo and FSA. The extra width of the BB shell allows Colnago to increase the diameter of the down tube, seat tube and, of course, the chainstays, increasing frame stiffness.

Other details include cables that are routed internally and the bike is fully compatible with mechanical and electronic groupsets, with interchangeable plugs at the top of the down tube where the entry ports are located. 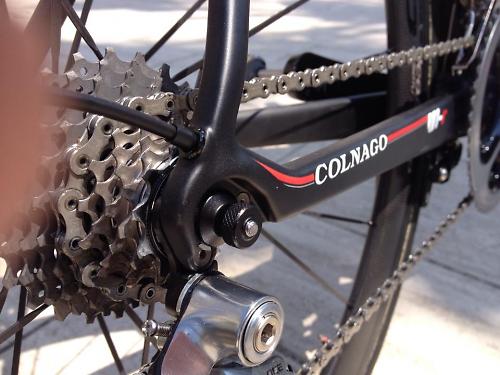 Compared to the C60, the V1-r looks to be aimed more at racers who want a faster, lighter and stiffer bike. We can expect to see Europcar racing this bike in the upcoming Tour de France, and it’ll be interesting to see the split between the V1-r and the C60. Colnago haven't published any claims for its aero performance in a wind tunnel. We've contacted Colnago to get some more details on that.

The V1-r be offered in eight sizes with a 52 sloping providing a 55cm horizontal top tube and a 567mm stack and 382mm reach. The head tube reinforces the frames race intentions at a short 166mm height, while the slightly longer 1,008mm wheelbase than same race bikes provide a bit more stability.

The price has been confirmed as £2,999.95 for the frame/ fork/ headset and seat post, availability TBC.