The disc-equipped road market is rapidly expanding but one of the biggest launches this year has been Giant’s all-new disc-only (at least on the carbon models) Defy road bike for 2015. The Defy is Giant's best-selling road bike so it's a big deal that it has been redesigned with disc brakes.

road.cc was at the launch for the new Defy earlier this year. We even spent two days riding it, but now have managed to get hold of a bike for an extended test on more familiar bikes. Watch out for a full review soon, for now here’s a look at the highlights of the new Defy. For starters, this is the top-end Advanced SL with Shimano’s Dura-Ace Di2 groupset and hydraulic disc brakes, complemented by Zipp 202 carbon clincher wheels and 25mm Giant branded tyres. Make no mistake, this sort of kit commands a high price, it’ll set you back a hefty £7,999. Fear not, the carbon disc range does start at a slightly more affordable £1,649, so there are options further down the range.

The most obvious change for the new Defy are the disc brakes. Giant designed the new Defy from scratch with disc brakes a key consideration, there’s no concession to rim brakes here. If you do want a Defy without disc brakes, the aluminium model is your only choice. Giant is taking a serious punt on their customers wanting disc brakes. 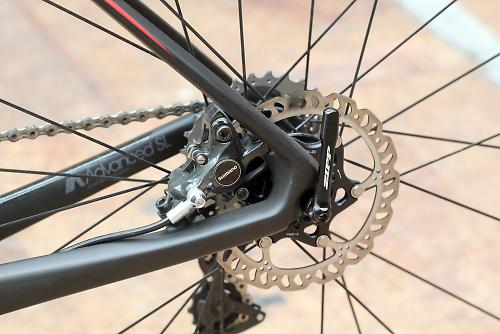 Giant have opted for regular quick release axles instead of the thru-axles that some companies are using, a technology borrowed from the mountain bike world. It’s early days for disc brakes on road bikes and we’re seeing a real split between those sticking with conventional axles, and those like Focus and Storck oversizing the axles. It’s a debate that is sure to rage on for some time. At least for now upgrading the wheels on the Defy is going to be easier as there are quite a few aftermarket disc-specific wheels with regular axles. 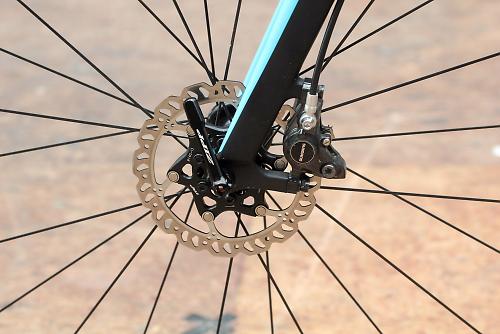 This top-end model uses Shimano’s impressive new R785 disc brakes, with 140mm TRP rotors at both ends, mated to Shimano’s flagship Dura-Ace Di2 11-speed drivetrain. Giant have made no concession to weight and performance in speccing the Zipp 202 Firecrest carbon clincher wheels, with a claimed weight of 1530g. They have a 32mm deep rim. 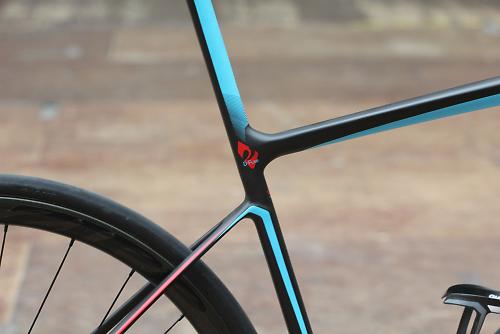 With the aim of the new bike also to to increase the comfort, Giant totally redesigned the integrated seatmast, dubbed D-Fuse. While integrated seatmasts do have their detractors, Giant reckoned they could only achieve the desired deflection at the saddle with the new D-shaped mast they developed. This profile is mirrored in the new top tube. Along with the new skinny seatstays, as small diameter as they can be and still be hollow, Giant reckon the new Defy is significantly more compliant than the previous Defy. While there’s no industry standard for measuring deflection in a road frame, Giant claim in the region of 12mm movement at the saddle. 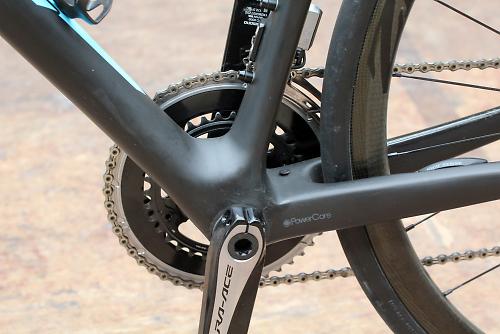 The frame is made from Giant’s own SL Grade carbon fibre with a full carbon fork with OverDrive 2 steerer tube. This features a 1 1/4in top section diameter, the same as that used by Canyon. With the frame specifically designed with disc brakes Giant have managed to make it lighter, and they claim a sub-900g weight for a size medium. That’s lighter than most endurance and sportive bikes which are typically closer to the 1,000g mark. Complete bike weight as pictured without pedals on the road.cc scales is 7.29kg (16 lb). 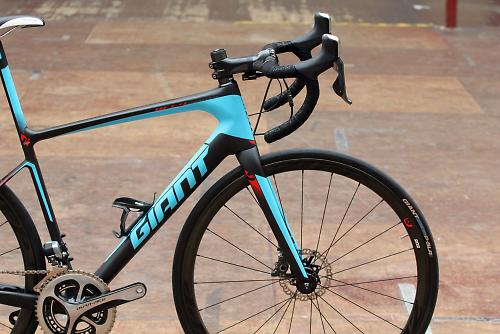 A load of changes then, but one area where the new Defy is identical to the previous model, is in the geometry. The geometry of the previous Defy was well proven and well received, so Giant felt no reason to change it. This size M/L has a 56cm top tube, 72.5 degree head angle, 73 degree seat angle, 185mm head tube, 420mm chainstays and a 1027mm wheelbase. 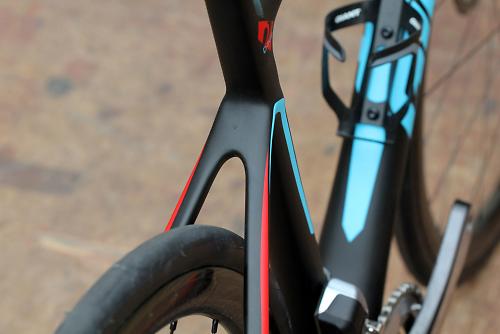 Most of the new crop of disc-equipped road bikes are from the same mould as the Defy: a sportive/endurance focused road bike with a longer wheelbase and more relaxed geometry than an out-and-out race bike. It’s clear bicycle manufacturers feel the benefits of disc brakes are a good match for the sort of people buying and riding these bikes, and with no rule change coming anytime soon from the UCI regarding discs in the professional peloton, developing a new raft of endurance bikes is the option open to manufacturers. 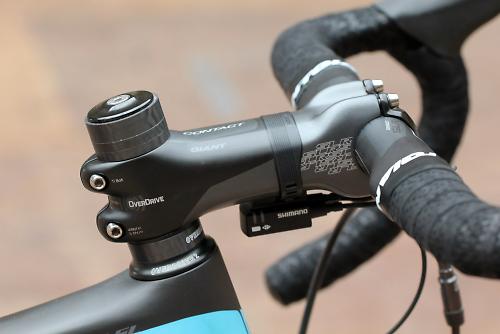 We’ll be putting the new Defy through its paces over the following weeks to see how it performs, so watch out for a full review soon. In the meantime you can read a lot more detail about the new Defy from the launch a while ago and my first ride impressions here.