You already know that Jens Voigt, everyone’s favourite cycling hardman, is having a crack at the Hour record before finally hanging up his wheels, and here’s the Trek Speed Concept bike he’ll be doing it on.

The German rider who turns 43 the day before his 18 September attempt at Vélodrome Suisse in Grenchen, Switzerland, will ride a version of the Speed Concept that has been modified for the track. 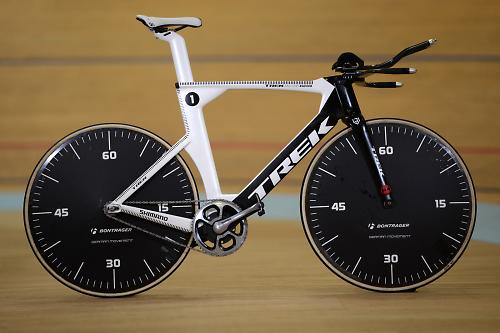 The bike has no brakes, obviously, and the rear dropouts have been modified. They’re rear facing so the chain tension for the fixed gear can be set, and they can take a 120mm width track hub. 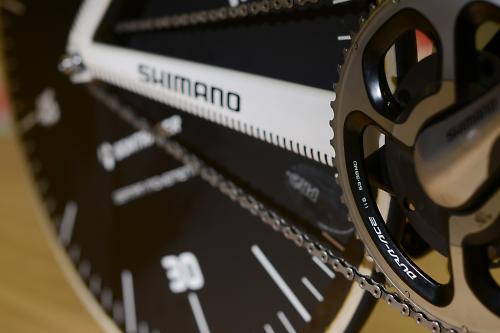 With no need to install gear shifters or brake levers, the ends of the bars have been fitted with bullet plugs. 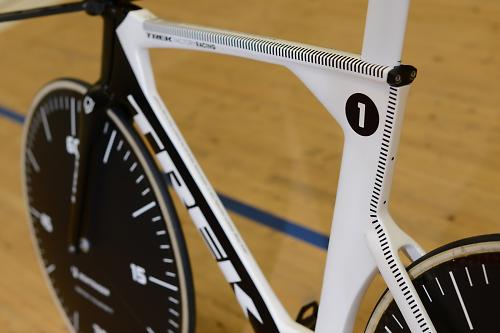 It looks like Jens is going for disc wheels front and rear. Although these ones feature the Bontrager logo, the Trek sub-brand doesn’t make disc wheels so we suspect these are rebadged wheels from another manufacturer with the addition of Hour Record graphics. Shimano provide the drivetrain. 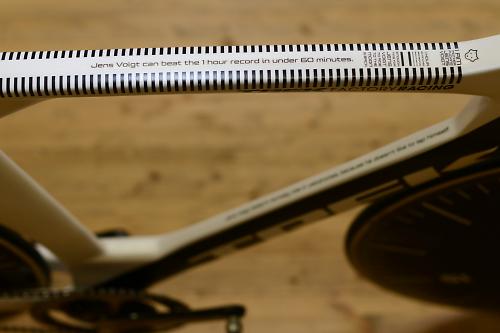 The paintjob has been designed especially for the record attempt. Along the top tube it says, “Jens Voigt can beat the 1 hour record in under 60 minutes.” 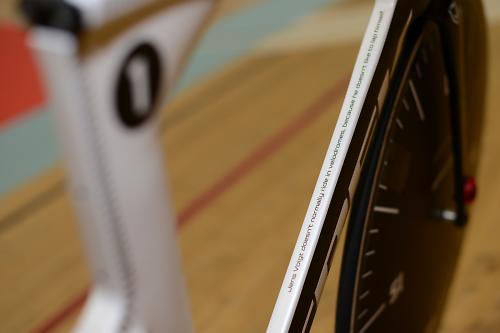 It also says, “I am mother f*cking Jens Voigt”. Running up the down tube are the words, “Jens Voigt doesn’t normally ride in velodromes, because he doesn’t like to lap himself.” 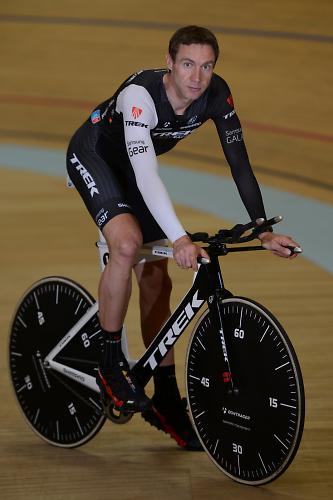 So, 18 September: it’s Jens against the clock. We feel sorry for the clock.