Aliante gets sleeker and lighter, Kurve range updated and a new carbon fibre seat post is launched at Eurobike
by David Arthur @davearthur

Aliante saddle gets facelifted and goes on a diet

Fizik has updated its long-running Aliante saddle with a fresh new look and lighter weight, but have kept the fundamental part of the saddle that contributes to its comfort exactly the same. The lightest version with carbon rails and base weighs just 185g. 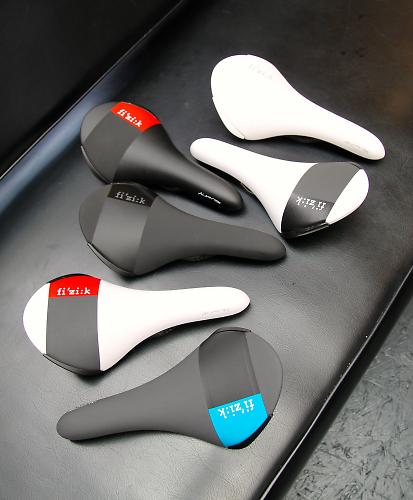 “The goal was to make it lighter, better performing and make it look cohesive with the latest Arione and Antares saddle,” said Product Manager Luca Viano. "The current Aliante is getting old and doesn’t really fit anymore.” 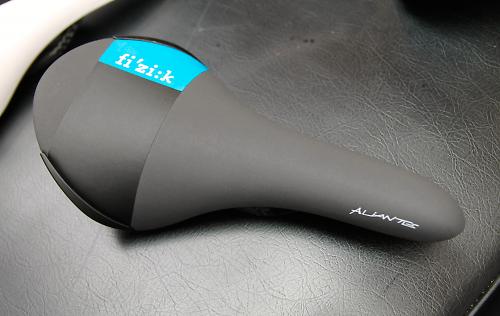 The Aliante is generally considered to be a very comfortable saddle and has many fans, so obviously Fizik didn’t want to risk making any changes that would impact its comfort, but they wanted to make it lighter and also update its looks. They reckon many people choose the Arione over the Aliante simply based on looks alone, something we can fully believe, even if Fizik's 'Spine Concept' suggests the Arione isn't the saddle for you. 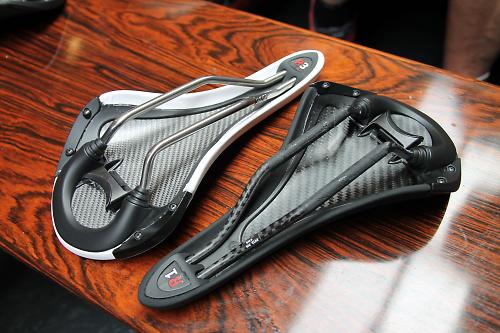 Fizik told road.cc the brief was to maintain the critical section of the saddle the same on the new version, just update everything around the edges. To do this they 3D scanned a box from the near the nose to the rear section, and gave this to the designer with the strict instructions not to change that area. Even the curve of the saddle is exactly the same, but everything around this cordoned off zone has been completely redesigned. You can see it really clearly if you first look at the old Aliante and then look at the new one.

“We wanted the Aliante to look as close to the Arione in visual impact,” explains Luca Viano.

Essentially the new Aliante has a stretched shape with a sleeker nose, and the cutaway tail has been phased out. It really does visually echo the shape of the Arione more than the old Aliante. The new shape has been joined with some fresh new graphics, a wide band stretched across the rear section with colour coded scuff guards.

Fizik reckon that despite these changes, you wouldn’t notice the difference if you switched from the current Aliante to the new model. That’s good news if you’re an Aliante fan and do want to upgrade to this new saddle. 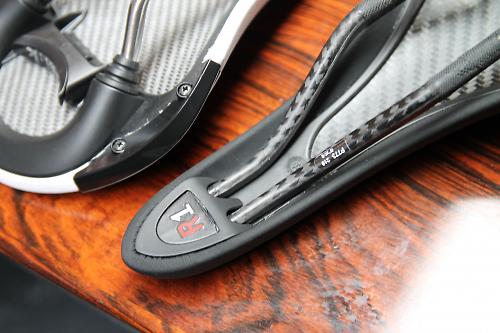 The updated Aliante range mirrors the same order used for its shoes and handlebars. So at the top is the R1, the most expensive and lightest model (30g lighter than the current version) with carbon braided rails and a carbon base. Then there is the R3 (glass shell with carbon or Kium rails, and R5 with nylon shell with Kium rails.

It’s not only the Aliante that has been updated, Fizik has reworked the Kurve saddle as well. The principle behind the Kurve saddle range is a tuneable saddle that moves with the cyclists. The saddle is designed to support the rider and move with him or her, so you’re not locked into one position. The Kurve is available in the three bull, snake and chameleon that makes up its Spine Concept for choosing the right saddle based on spine flexibility 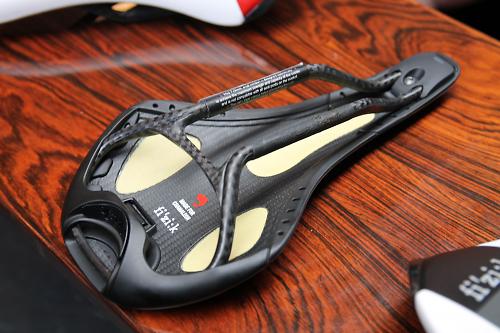 Changes to the Kurve saddle for 2015 are aimed at making it lighter, which they’ve achieved by replacing the alloy rails with carbon braided rails which as well as saving weight, also allows a but more flex. The base of the saddle is now made from carbon fibre, and has three cutaways, reinforced with kevlar, to provide more comfort for the longer rides. Fizik has also added a new seatpost to its 2015 range, in the shape of the Cyrano 00. It’s a very nice looking full carbon fibre saddle with a claimed 175g weight. That’s for a the 330mm/27.2mm option, a 31.6mm diameter is also available. The seat post is designed to provide a small degree of flex, but they don’t specify quite how much.

The seat post has a 25mm setback with a two-bolt clamp design using T25 Torx bolts. Fizik tell us they focused on making as easy to use as possible. Both bolts are titanium to shed even more weight. Very minimal graphics mirror the Cyrano 00 handlebar, the idea being that it shouldn't clash with any bike or kit. It’ll cost €250. 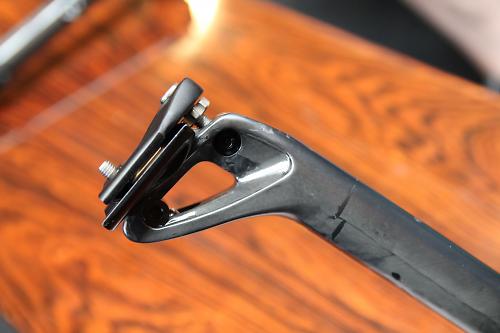 Both bolts are titanium to shed even more weight. It’ll cost €250.