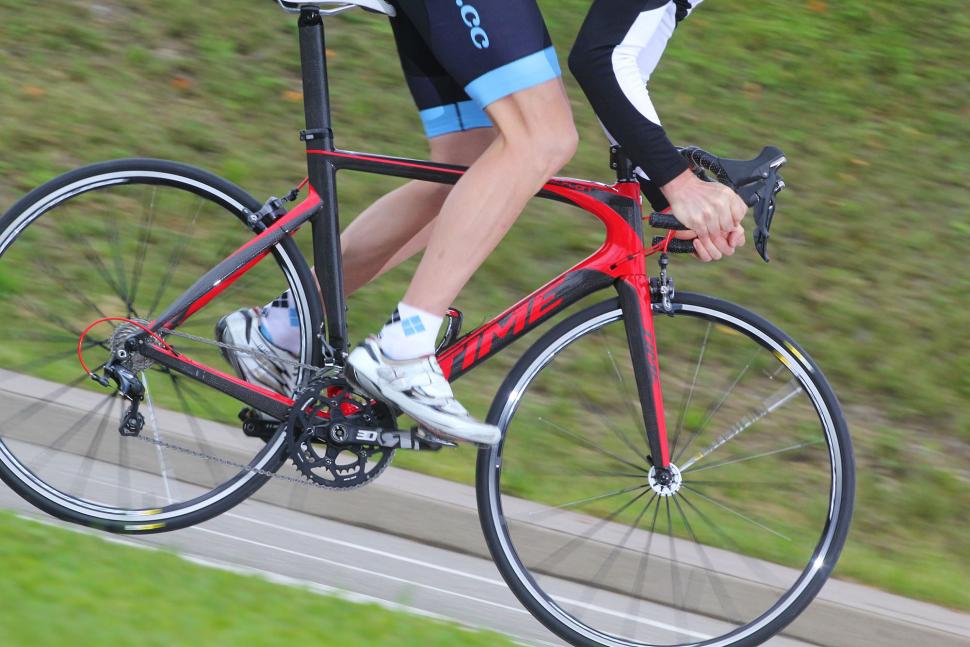 Time are launching a new aero road bike called the Skylon, and we had the chance to take a look and have a quick ride at Eurobike 2014 in Germany earlier today.

We gave you a sneak peek at the Skylon back at the start of the month, but we had few details at the time. Now we can fill in the blanks. 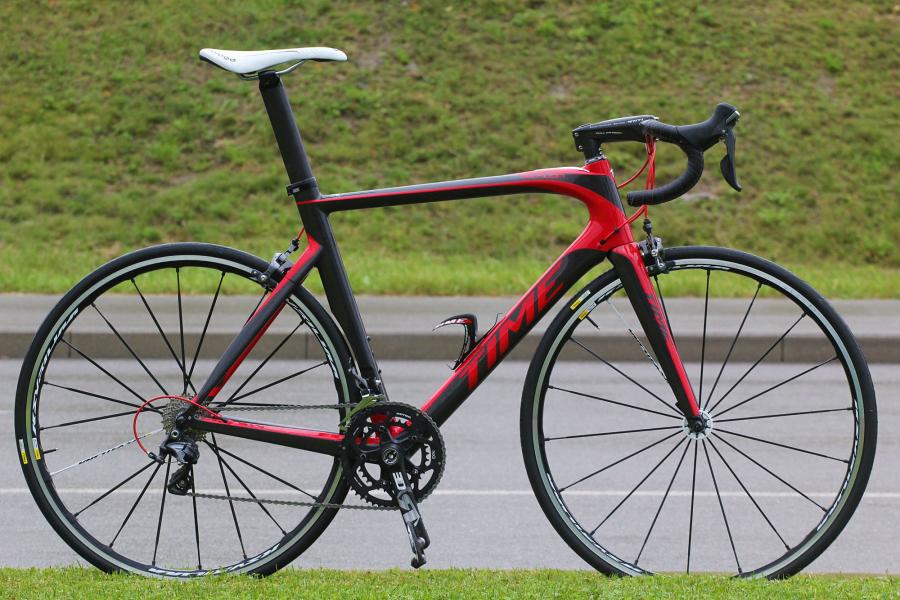 Compared with Time’s existing ZXRS, the Skylon has a claimed: 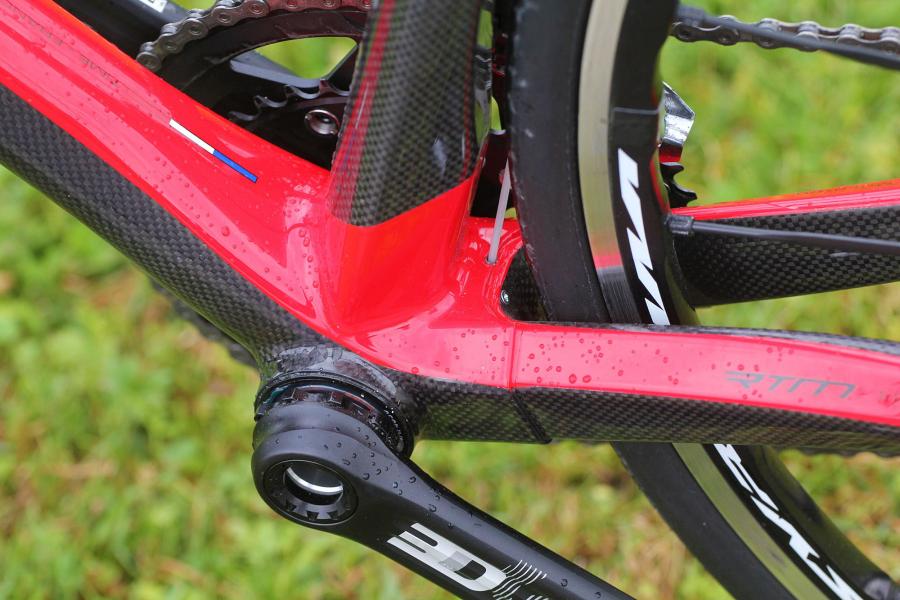 That rigidity is partly down to the use of a BB386Evo bottom bracket. The widely spaced bearings allow Time to increase the cross section of the tubes, and the chainstays sit wide, the idea being to improve power transfer. The seat tube is asymmetric, Time taking the material out wider on the non-driveside to add to the stiffness. They also use a large-section head tube for more rigidity at the front end. When it comes to the aerodynamics, Time use an integrated fork. In other words, the head tube is shortened at the joint with the down tube so that the fork crown doesn’t extend the size of the frontal area. 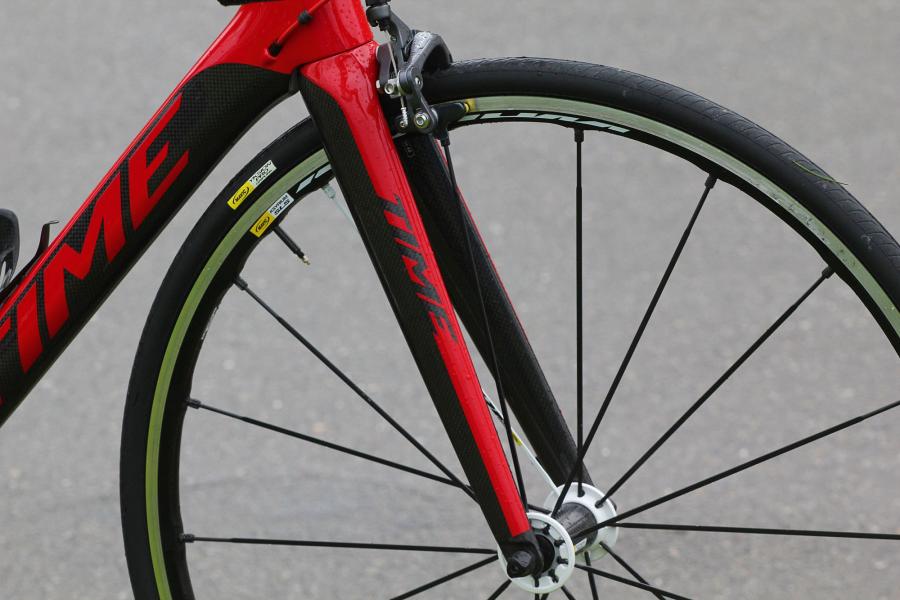 The fork legs are narrow, and that’s a theme that follows through to the down tube, the seat tube and the seatstays. Those seatstays join the seat tube low so they are shorter than usual, reducing the frame’s frontal area. Like the seat tube, the seatpost has an aero profile, and Time use an inline seat clamp – the middle of the seat clamp sits inline with the centre of the post; there’s no layback. This inline post saves a little weight over one with layback, but Time have adjusted the Skylon’s angles so that the seat clamp sits in the same place as on the ZXRS. 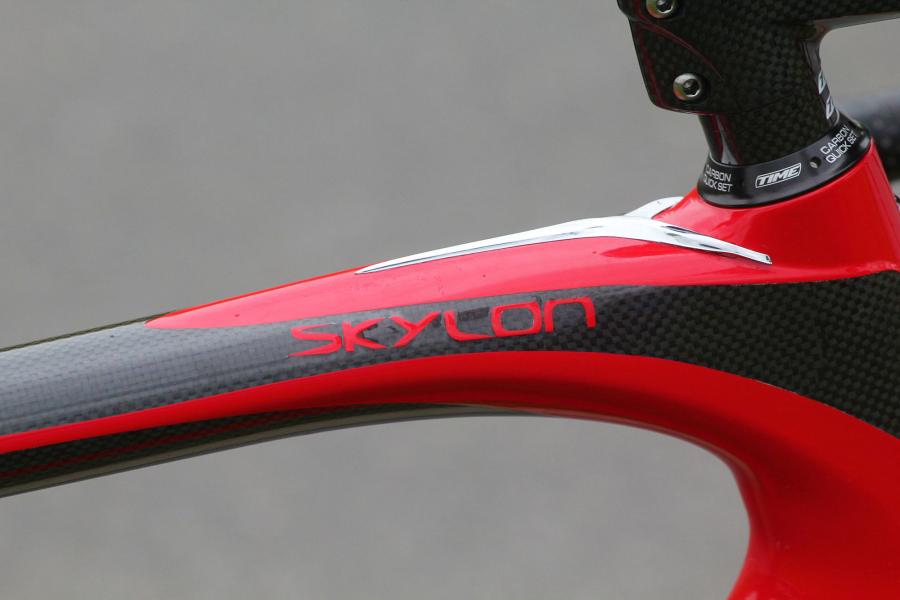 The Skylon comes in at the top of Time’s road range, and it’s woven in France.

We had a brief ride on the Skylon at Eurobike on some super-smooth roads in Germany and it felt promising, but we'd not want to comment on ride quality after such a short stint in the saddle - plus our test model didn't have the Aktiv vibration damping.

The Skylon is available with Time’s brand new Aktiv vibration-damping technology – although the Skylon is also available without (the one pictured above has a standard fork rather than an Aktiv fork), and you can get the Aktiv tech on other Time frames too. 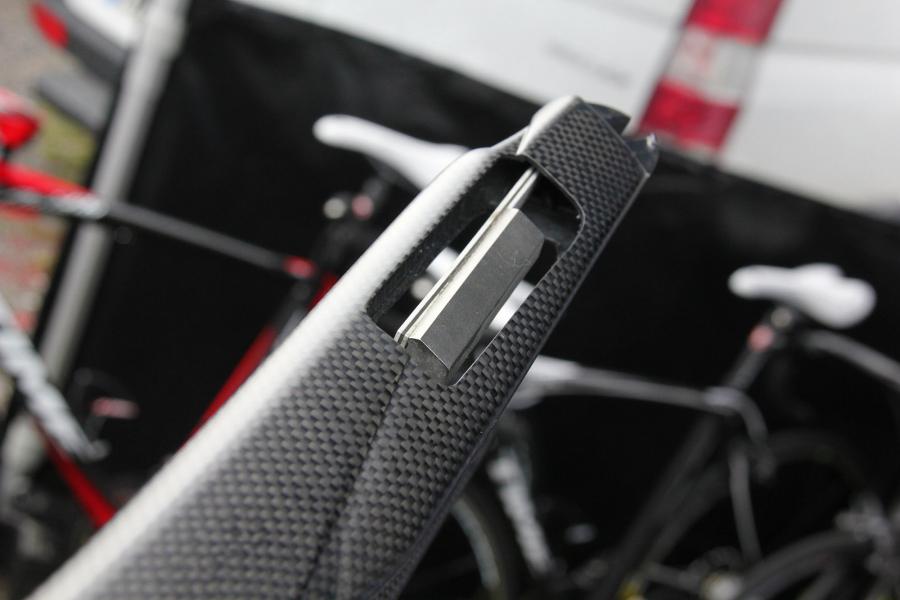 First things first, though: what the hell is Aktiv?

Okay, so the first thing you need to know is that it’s a fork-based system.

The second thing you need to know is that it’s totally different to anything else out there at the moment.

“We have developed a patented system of tuned mass damping. The Tuned Mass Damper includes a mass, a sandwich of two spring blades and damper.”

“Vibrations from the road are at the root of many micro-traumas to the joints, affecting ride comfort, road holding, command and control of the bike, compromising both safety and performance. Low frequency vibrations between 245 and 50Hz can have the most detrimental effect on performance causing discomfort and fatigue.

“The Tuned Mass Damper is a dissipative system that is designed to stabilise against harmonic vibrations. These occur when the vibration of the bicycle and rider are in phase with the vibrations from the road.

“Through vibrating itself the Tuned Mass Damper absorbs the worst case vibrations by off-setting the vibrations phase, reducing their intensity.” 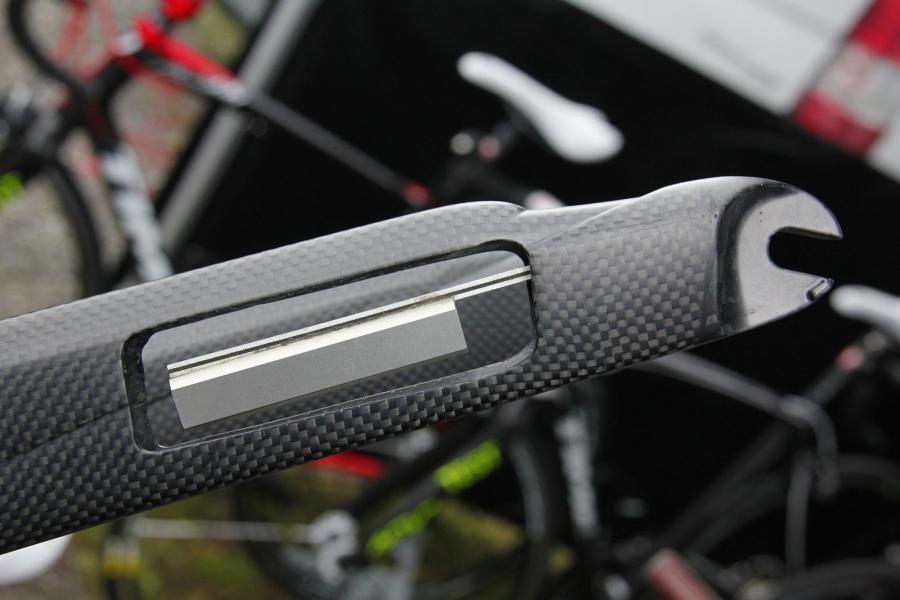 In other words, the Tune Mass Damper vibrates inside the fork while you enjoy a smoother ride. It’s novel.

Sadly, we weren’t able to give the Aktiv system a try although we’ll do our best to get more information over the course of the show.

What we did manage to get for you are some prices, although only in Euros at the moment. Skylon prices start at €4,675 – that’s for the frame with a standard (non-Aktiv) fork and a Shimano Ultegra groupset. Prices go up to €6,915 for the Skylon with a standard fork and a Campagnolo Super Record group.

If you want the Skylon with an Aktiv fork, €5,955 gets you the Shimano Ultegra version. The Campagnolo Super Record EPS (electronic) version is priced at a whopping €11,135.