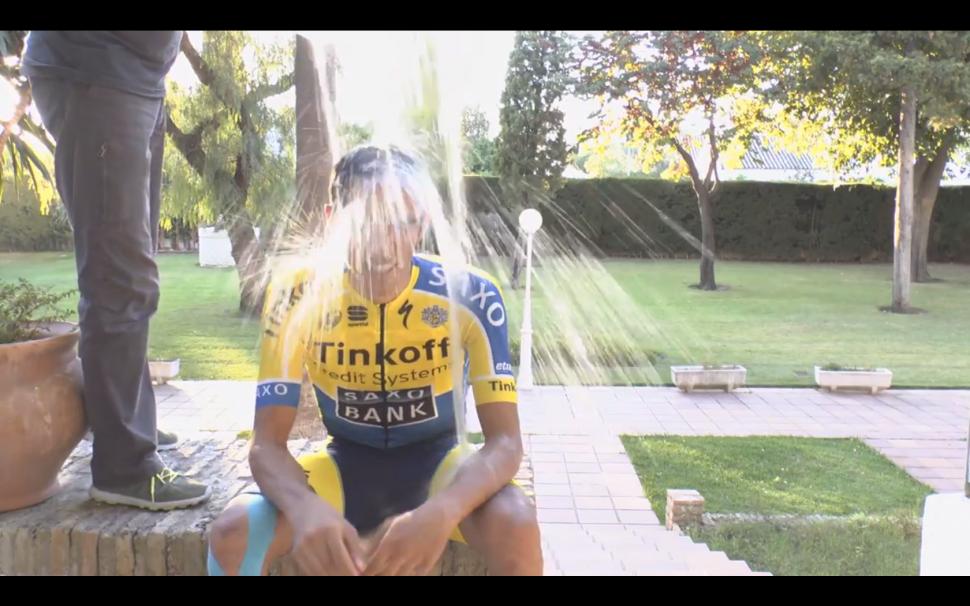 A collection of the world of cycling's ice-cold charitable challenges...
by Elliot Johnston

Unless you've been living under a rock for the past few weeks, or on a digital detox retreat, you'll have heard of the ALS Ice Bucket Challenge, which has taken social media by storm and has now leaked into the world of cycling.

Some of the sports biggest names, including Tour de France winners Chris Froome and Alberto Contador as well as points jersey winner Peter Sagan, can now be seen taking part in the challenge which is raising money for research into the motor neurone disease, amyotrophic lateral sclerosis (ALS).

The ALS Ice Bucket Challenge sees individuals who have been tasked to undertake it by others getting filmed as they are doused in freezing water, then issuing a challenge to others to do likewise within 24 hours. In the US, where it originated, participants are expected to donate U$10 to charity if they complete the challenge, or $100 if they decline it.

It involves individuals pouring a bucket, bin or in some cases an industrial vehicle's worth of freezing cold water and ice over themselves to promote awareness and encourage donations to aid research into ALS.

After going viral on social media channels, the challenge found its way into celebrity culture, with many big names soaking themselves, and then nominating other famous people to do the same, further boosting irs profile.

Before we move on to the fun and games, we must stress that this is all being done for a very good cause. So, either before or after you've watched some of your favorite athletes having a laugh covering themselves with ice water, please remember the delibidating seriousness of the disease and donate to the cause.

Donations can be made to UK charity the MND Association, which is the only national charity in England, Wales and Northern Ireland dedicated to improve care and support for people affected by motor nuerone disease, by texting ICED55 plus an amount (such as £5) to 70070.

You can also donate through the MNDA's Just Giving page, here.