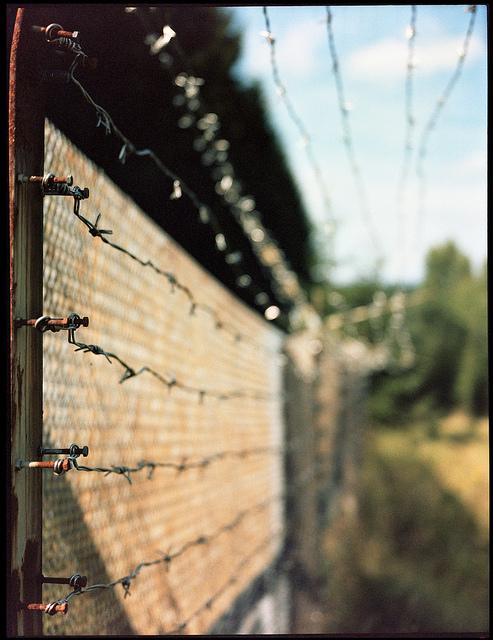 Brainchild of German MEP traces "from Stettin in the Baltic to Trieste in the Adriatic" - and a little more...
by Sarah Barth

If you fancy a little historical interest with your cycling, you may want to plan your next riding holiday around the 7,000 Iron Curtain trail, following the route of the symbolic division between East and West.

The partition, which lasted 40 years and was dismantled just a quarter of a century ago, is being revived as a cycle path, from, as Winston Churchill famously put it in 1936 "from Stettin in the Baltic to Trieste in the Adriatic, an iron curtain has descended across the Continent," - and a little further.

Beginning in the Norwegian town of Kirkenes, close to the Barents Sea, the trail passes through more than 20 countries, heading down the old border of East and West Germany and finishing on the Black Sea coast in northern Turkey.

It was the creation of a German Green Party MEP, Michael Cramer, who was inspired by a similar project in Berlin which follows the path of the former Wall. He first proposed it nearly ten years ago in the European Parliament.

"If 23 years ago I'd have proposed the creation of a cycle path along the Iron Curtain, people would have said 'this guy is crazy!'" Cramer told the St Petersburg Times.

The route has now been fully prepared with only signposting remaining.

Cramer added: “There are parts of the track, particularly on the Russian-Finnish border, where you won't see a car for several days, but then all of a sudden a herd of reindeer will appear!"

On the whole, the route is relatively flat. But most important to Cramer is the symbolic meaning, and the historical details, like plaques along the former border in Germany where people attempting to flee the East were shot dead by border police.

"The trail is not purely a scheme created for sustainable tourism. It preserves the memory of what the Iron Curtain once stood for.

“By leaving these historical features in, it is as though one is riding through an open air museum," said Cramer.
"The situation [now] is not as grave as it was at the height of the Cold War," said Cramer. "Russia needs the EU far more than the EU needs Russia. It is imperative that we stand together."

"He who masters the past," Cramer said, "is the master of the future."

See www.ironcurtaintrail.eu for more about the trail.

1
Top American gravel racer shot dead in Texas
2
What happens if you put a giant propeller on a bike? Plus new stuff from Rapha, Campagnolo, Ritchey, Selle Italia, Lezyne + more
3
Near Miss of the Day 769: Punishment pass
4
Cyclist caught urinating at war memorial garden
5
James May: “I can’t stand road sectarianism – it’s all b*llocks”
6
Cornwall Council to review “disaster” cycle paths scheme
7
Near Miss of the Day 767: MGIF driver cuts across cyclist at speed on roundabout
8
“Maybe the easiest race I’ve ever done”: Pros enjoy relaxing Giro d’Italia stage six… but could you have kept up?