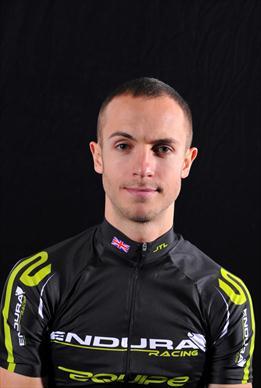 The British rider says an evening of celebration was to blame for irregular blood sample, rider confirmed banned by UKAD
by Elliot Johnston

Jonathan Tiernan-Locke has claimed that a night of celebration with his girlfriend, in which he consumed 33 units of alcohol after going on a drinking binge, was to blame for irregular blood values in his biological passport which has seen him banned from competitive cycling for two years and sacked by Team Sky.

The claim was revealed today when the National Anti Doping Panel of UK Anti-Doping (UKAD) published its official ruling and reasoning behind last month’s decision to ban him from competitive cycling for two years from 1 January 2014.

It also fined him 70 per cent of his gross income during 2012, amounting to £15,400, and stripped him of his 2012 Tour of Britain overall victory and his 19th place in that year’s UCI Road World Championships in the Netherlands, where he was the first British rider across the line following a race in which he went on the attack alongside riders including Alberto Contador.

The mammoth bender the 29-year-old maintains he embarked on took place in the week between that Tour of Britain win, when he was riding for Endura Racing and the road worlds, with the night out in Bristol to celebrate his securing a lucrative two-year contract with Team Sky.

According to evidence presented by Tiernan-Locke at the hearing, he downed the best part of two bottles of wine over dinner with his girlfriend. Visiting several bars afterwards, he said he drank both wine and spirits, including six or seven double measures of gin before moving on to vodka.

The exact amount that the cyclist drank is unknown – both his and his girlfriend’s recollection was perhaps understandably hazy – but he said the volume, while excessive, wasn't unusual and that his "normal off-season binge drinking would include a full bottle of spirits followed by further drinks in bars."

His former manager at Endura Racing, Brian Smith, said in evidence that some leading riders do drink heavily, even during the racing season.

Dr. Kingsley Hampton, the expert who supported Tiernan-Locke's claims throughout the hearing told the panel that the cyclist had an alcoholic intake total of 335 grams - over 33 units - which led to "an acute severe toxic insult to the physiological system."

This, he said, resulted in severe dehydration, inhibiting the release of reticulocytes from the rider's bone marrow, and decreasing the volume of plasma in the blood, reducing his haemoglobin concentration.

The rider said that apart from a few sips of water when he took painkillers, he had nothing to eat or drink the next day when he flew to Maastricht to hook up with the other members of the Great Britain team.

Tiernan-Locke insisted that severe dehydration between the night out on 20 September and a blood sample being taken two days later contributed to the abnormal blood values.

However, the National Anti Doping Panel did not agree with his explanation and concluded that the sample's concentration of haemoglobin and the percentage of immature blood cells (reticulocytes) were well outside the expected parameters for the rider.

It said that on the balance of the evidence presented, while it could not dismiss his account of drinking to excess on the night of 20 September it was unable to accept the explanation advanced by Dr. Kingsley Hampton on behalf of Tiernan-Locke that he was severely dehydrated two days later.

It added that it was “inconceivable” that a professional cyclist set to make his debut in a World Championships would not have made sure that by the time he reached the team hotel, he would have ensured that he had drunk enough water to overcome any hangover.

The report said "the values disclosed in the testing... would be compelling evidence of the use of a prohibited substance or method, unless explained by some other factor."

The panel rejected Dr. Hampton’s assumptions regarding Tiernan-Locke’s supposed dehydration as “not actually substantiated by the evidence.”

It added: “It is the combination of the two factors, both an abnormally high Hb [haemoglobin] and an abnormally low level of reticulocytes, neither of which can be explained, which compels the conclusion that a prohibited method or substance had been used by the rider.”

Tiernan-Locke has the right to appeal the decision to the Court of Arbitration for Sport, with any such application needing to be made within one month of receipt of the panel's decision.