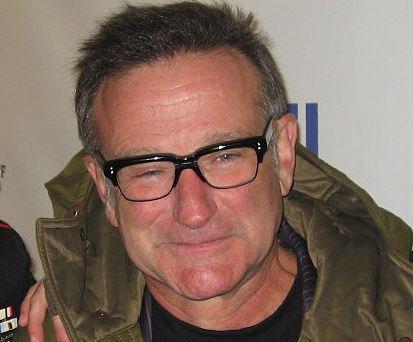 Many in the cycling community have joined others from around the world in paying tribute to comedian Robin Williams, who has died in an apparent suicide at the age of 63.

The actor, the star of films such as Mrs Doubtfire, Good Morning Vietnam, Dead Poet’s Society and Good Will Hunting – for which he won an Oscar as Best Supporting Actor – was present on the Champs-Elysees for the conclusion of some of Lance Armstrong’s seven victories in the Tour de France.

The Texan – who has now of course had those titles taken away from him following his lifetime ban for doping – was among those who took to Twitter to pay tribute to his friend.

RIP Robin. I will always remember you as one hell of a friend. I love you and will miss you terribly.

Team Sky, which Williams was a fan of, also tweeted its condolences.

#RIPRobinWilliams. Thanks for the laughs, we were honoured to have your support. Our thoughts go to family & friends. pic.twitter.com/PDNLzhaIoL

With Williams believed to have taken his own life and known to have been suffering from depression, Sky’s Fran Millar tweeted:

Tributes also came in from members of the cycling press who had crossed paths with Williams, with Andrew Hood, who interviewed him for Procycling in 2001, saying:

RIP Robin Williams: Will never forget interview I did with him back in 2001, with him imitating Pantani, LA, Ullrich - he was huge bike fan

Wiliams wasn’t just someone who went to hang out at big races such as the Tour de France, however; he was a huge fan of all things cycling, and passionate about riding. Race Radio tweeted:

Robin Williams was a dedicated bike geek. Here he is at the North American Handmade Bicycle Show pic.twitter.com/xKsAie9aji

R.I.P #RobinWilliams... he loved bicycles, and boy could he make people smile. pic.twitter.com/OSpUWFuqP2

InCycle posted its own tribute to Williams, a photomontage of some pictures of him on and off the bike.

Even Eddy Merckx, considered the greatest male cyclist ever, has paid tribute to Williams. He told Belgium's VRT Radio 1: "He was a big cycling fan and that's how I got to know him."

"I am shocked at Robin Williams' death. I found him to be a very pleasant person. He was a big fan of Lance Armstrong and I got to know him at the Tour de France.

"On my 60th birthday he gave me the script for the film "Insomnia". I didn't really know him that well, but he was a very nice person to spend an evening with."

"He had a great sense of humour and he was a cycling fanatic. He was above all a big friend of Lance Armstrong, but he knew me and what I had won. If you are a cycling fanatic then you've heard of Merckx. I've cycled with him a few times over in America."