The latest bike to arrive for testing here at road.cc is the Shand Stoater, a steel do-it-all bike that’s handbuilt in Scotland. With a Rohloff Speedhub. And disc brakes. And a Gates Carbon drive system. 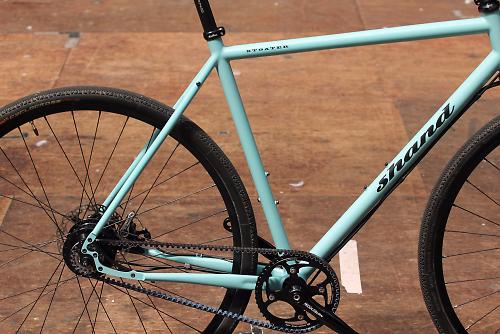 We’ve written about Shand frequently on road.cc in the past, most recently last week when we showed you the handbuilt keirin bike that they’d made with Hoy Cycles, but this is the first time that we’ve had a Shand bike in for review. 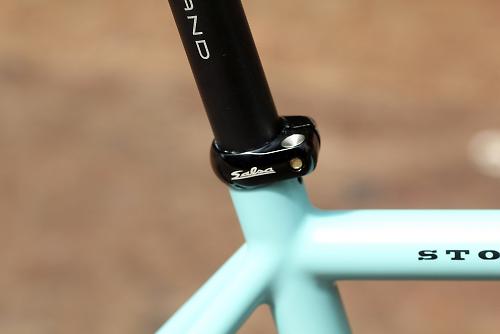 Shand is a bike manufacturer based in Scotland – Livingston, to be more precise. They handbuild both production and custom bikes. The Stoater that we have in for review is an off-the-peg model.

The Stoater might sound like a real ale but Shand describe it as a “disc brake all-road touring bike”.

They go on: “Designed for the pure enjoyment of go-anywhere riding, the Stoater is all about drop bar, two wheel adventure. Refined enough to be your main road bike but rugged enough for off road trails and singletrack, it could be the only bike you ever need. 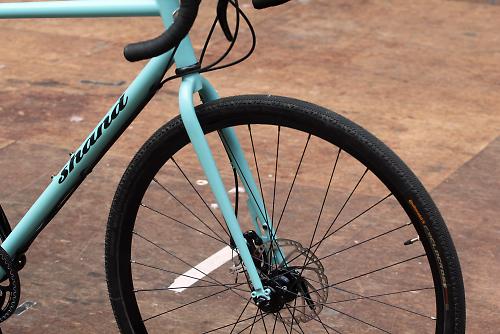 “The Stoater is ideal for longer rides, fully loaded touring or a spot of bike packing. Disc mounts provide the stopping power and the chainstay mounted rear disc brake allows space for rack and mudguards eyelets.

“Cyclocross influences are also reflected in tyre clearance (up to 45mm) and should you want to, there’s no reason not to get dirty at your local cyclocross race.”

There you go, then. On road, off road, cyclocross, touring. That should keep you busy for a while. 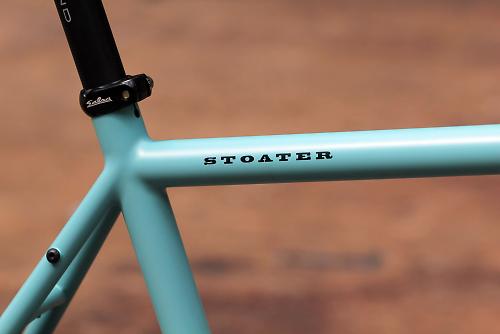 Shand make the Stoater’s frame from Reynolds 853 steel. They filet braze the tubes together rather than TIG welding them to give smooth joints. Check out the tube junctions on our review bike. After painting, everything is perfectly uniform. 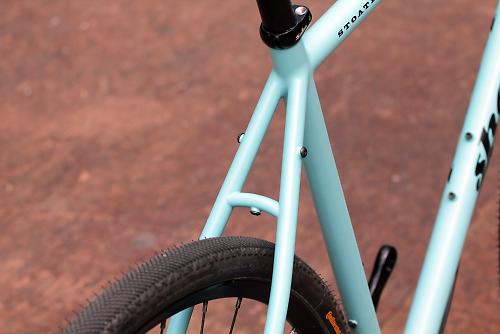 The Stoater comes with a sloping top tube and S-bend stays to offer both tyre clearance and heel clearance. Our review bike has 35mm tyres and there’s still loads of breathing room around them.

We have the Rohloff version of the Stoater here. Shand have updated the design so that it can run a conventional derailleur or be setup as either a singlespeed or with a Rohloff Speedhub. Previously, they offered two different versions: a derailleur model and a singlespeed/Rohloff model. 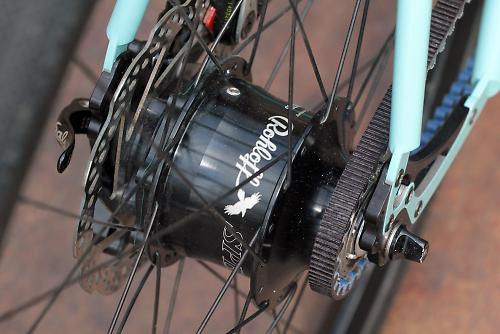 Now there’s just a single design and it’s simple for you to swap drivetrains yourself. Shand have made the Stoater adaptable by using a bottom bracket shell that can accept either a standard PressFit 30 bottom bracket or a PressFit 30 eccentric bottom bracket, and Paragon dropouts with interchangeable inserts. 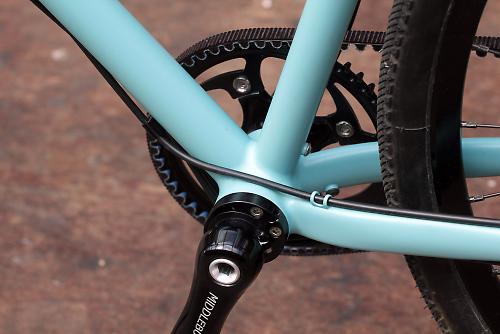 If you’re not familiar with the Rohloff Speedhub, it’s an internal hub gear with 14 sequential ratios that you operate with a single twistgrip. Fans of the system say that it requires less maintenance than a derailleur system and has a longer service life. With Shand’s new design you can go with a Rohloff Speedhub either immediately or further down the line without the need to swap the frame. 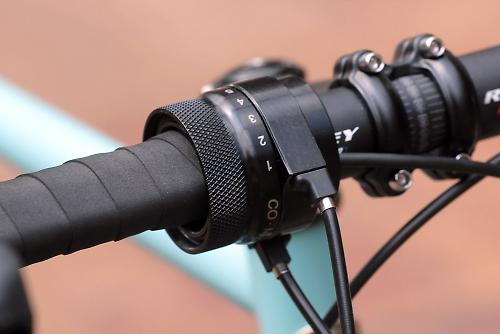 Oh, and the Speedhub uses two different cables, one pulling in each direction. That explains why you have three cables running along the underside of the down tube despite the lack of a front mech: the two gear cables and the rear brake cable. 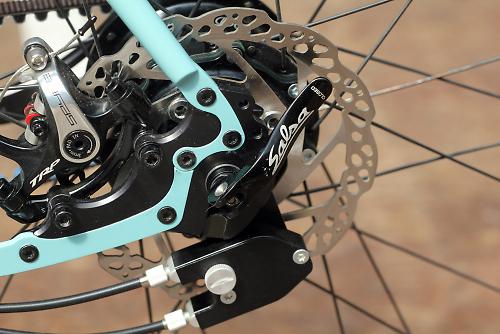 Speaking of the brakes, the disc brake mount is positioned between the seatstay and the chainstay, and the brakes in question here are TRP’s cable operated Spyres. 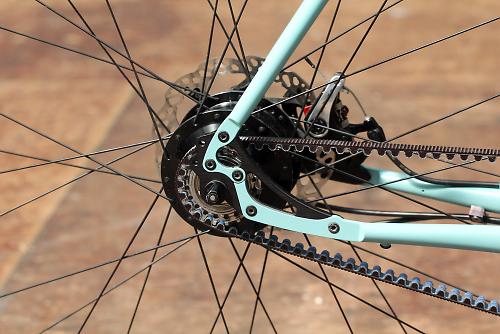 The other key feature of our review bike is that it uses a Gates Carbon drive system. In other words, it uses a belt instead of a chain to transfer your power to the rear wheel. The tension on the belt is adjusted via the eccentric bottom bracket. 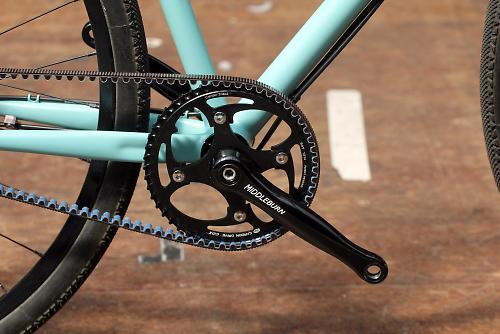 What’s the benefit? Gates argue that their design is stronger and quieter than a chain and that it requires less maintenance. It’s also lightweight and grease and oil-free. If you don’t fancy a Gates system, you can get the same bike but with a chain rather than the belt. 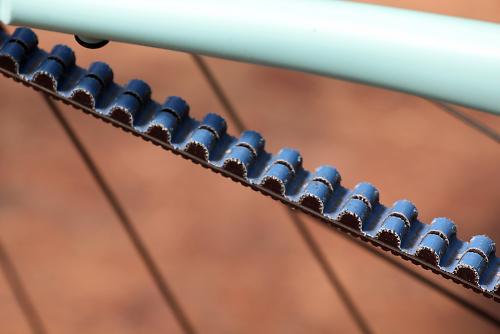 Going back to the frame, the Stoater’s takes a slim 27.2mm seatpost and the binder slot faces forward which makes a lot of sense to avoid gunk getting in there. The head tube has 1 1/8in headset bearings top and bottom while the straight-bladed fork comes with both mudguard eyelets and lowrider rack mounts. You get mudguard and rack mounts at the back too, of course. 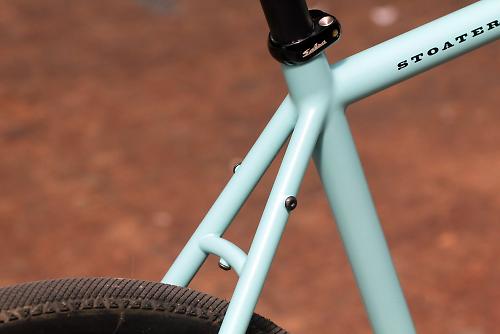 The Stoater comes in five different sizes from XS to XL. We have the Large here with a 560mm seat tube (centre of bottom bracket to top) and a 575mm effective top tube. 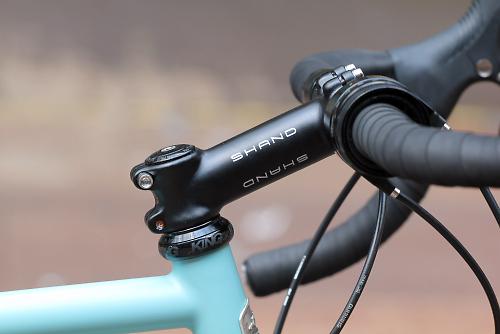 The head tube is only 135mm but the Stoater does have an external headset (from Chris King) and a riser stem so the front end isn’t as low as that figure might suggest. The stack (the vertical distance between the centre of the bottom bracket and the top of the head tube) is 580mm and the reach (the horizontal distance between those two points) is 386mm. The chainstays are lengthy at 430mm and so is the wheelbase at 1,030mm. 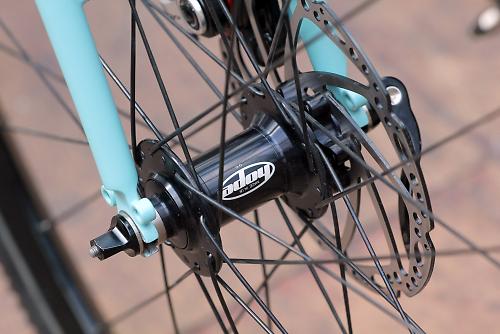 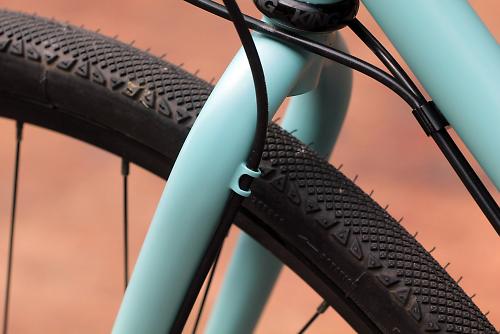 Right, it’s time to see how this bad boy performs. The only thing is, with so many options open to us, we’re not sure where to go first.

We’ll be back with a review soon. In the meantime, go to www.shandcycles.com for more details.