Mavic are set to launch into the road disc market in 2015 with new Ksyrium Pro Disc and Aksium One Disc wheelsets. 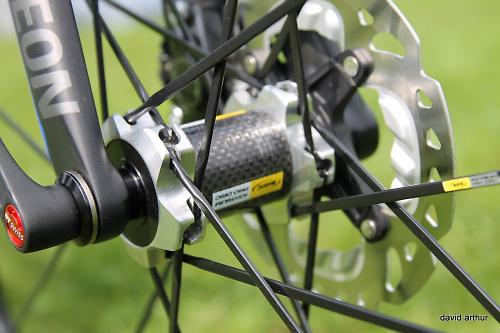 With disc-equipped bikes being launched at an alarming rate - most manufacturers now offer at least one disc road bike and some like Giant have completely redesigned entire model ranges around disc brakes - it was only a matter of time before one of the most recognisable wheel brands got in on the act. 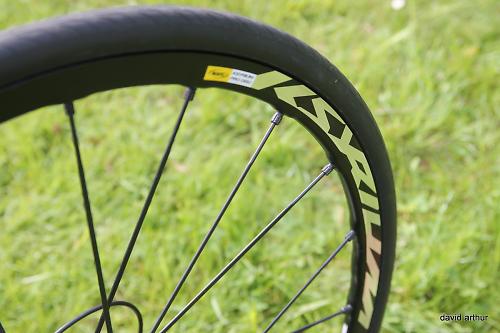 We spotted the new Ksyrium Disc and Aksium One Disc wheels at two different bike launches in the past couple of weeks. We contacted Mavic but they declined to comment at this stage, telling us they are 2015 models and they will be released at Eeurobike in September. So we won’t have to wait too long to get all the details. 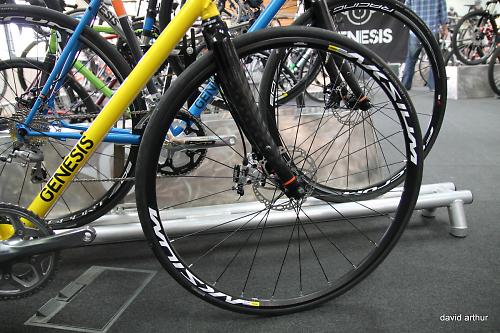 That does mean we don’t know much about the wheels, pricing or weight or technical specification. What we can tell from the photos is that Mavic appears to be using the same replaceable axle end cap technology they use on their mountain bike wheels. These allow the wheels to be switched between different axle standards, from a regular quick release to bolt-thru. 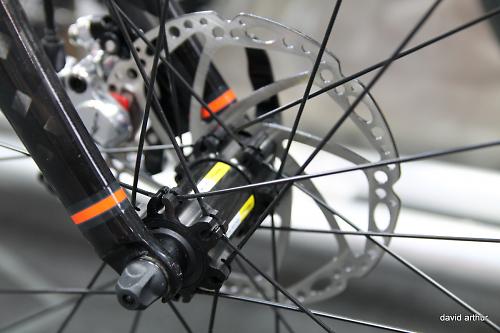 These Aksium One Disc wheels were set up with regular quick release axles front and rear. 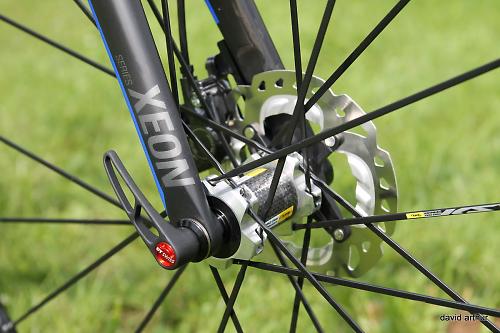 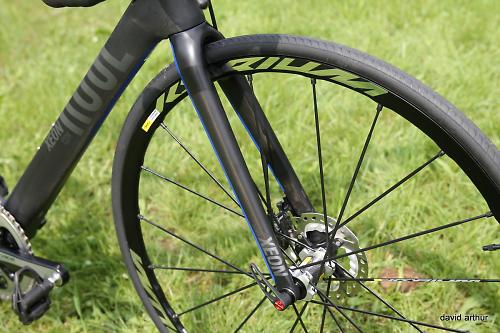 Unlike Mavic’s regular road wheels which use radially laced spokes in the front wheel, the new disc wheels use a new hub with a two-cross spoke lacing pattern. This is clearly a measure to increase the stiffness of the front wheel to handle the forces generated by the disc brake. The hub shell uses the familiar Mavic carbon fibre construction to shed some weight. 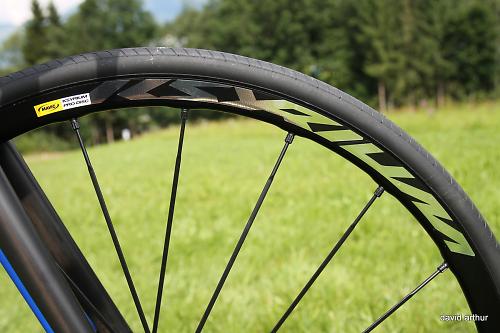 The rim profile looks substantially different too, with a more rounded profile with the absence of the machined brake track.

We'll update you with more details when we get them.