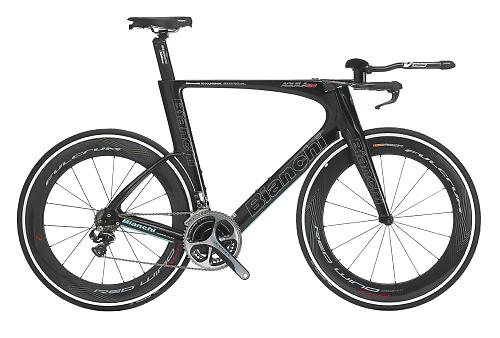 We’ll come back to the Countervail technology in a mo. Bianchi’s main goal here was to produce a bike with minimal drag. They’ve sought to do this by developing an aerodynamically efficient frame and fork and integrating the components; there are no exposed bolts/fasteners and very little exposed cabling to disturb the airflow. 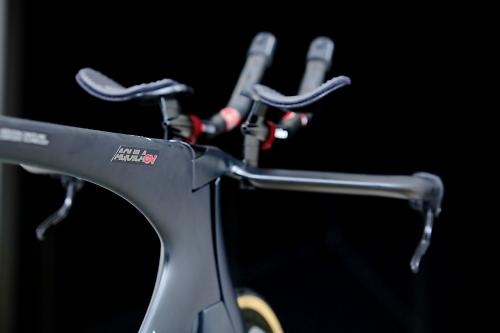 The high-modulus carbon monocoque frame uses NACA (National Advisory Committee for Aeronautics) aerodynamic tube profiles. Many brands truncate the tube profiles – they effectively get rid of the long, tapering trailing edges and chop them off square instead, the idea being that you get virtually the same aero benefit with less material. Bianchi haven’t done this; they’ve kept the trailing edges in place. 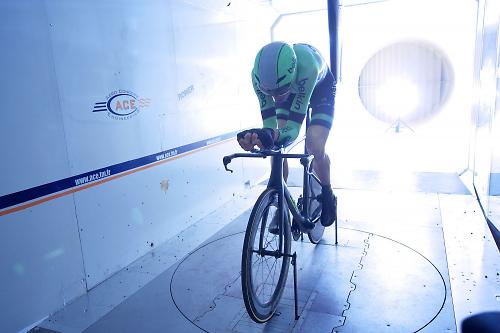 Bianchi say that the Aquila CV has been designed using CFD (computational fluid dynamics) simulation software and pro athlete feedback, and developed and tested in the wind tunnel – which is the usual way of doing things these days. They say that the front of the frame, fork and bars are the most important profiles when it comes to minimising drag because these are the first areas to encounter undisturbed air. For that reason, they focused their efforts in component design and aero integration here. 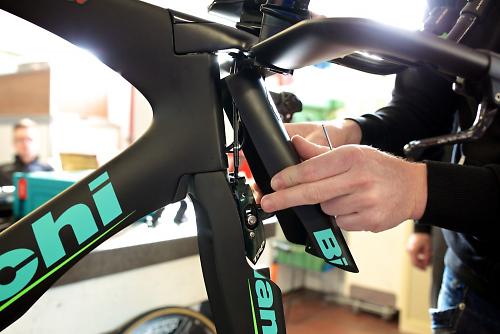 Bianchi have engineered a customised cover, made from carbon fibre, that sits in front of the head tube and front V-brake system. 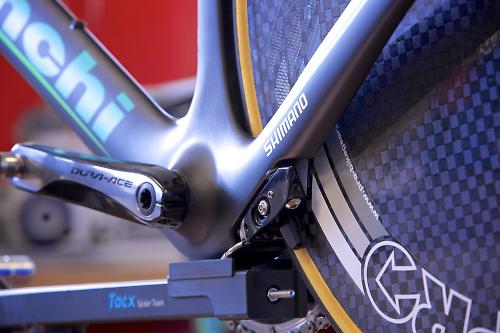 The rear V-brake is positioned behind the bottom-bracket to minimise the aerodynamic drag. 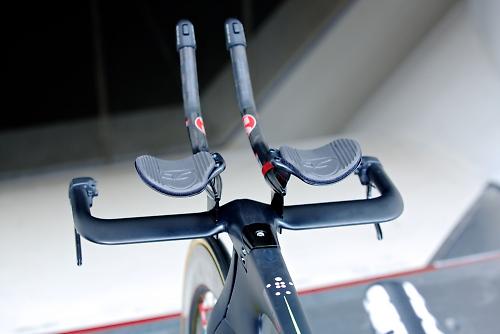 Like the frame tubes, the Bianchi-designed handlebar/stem, made by FSA, is NACA airfoil shaped. It is 41cm wide and is integrated into the rest of the front-end design. All the cables run inside the handlebar so that they can’t disturb the airflow. The stem is available in three different lengths: 90mm 110mm and 130mm. 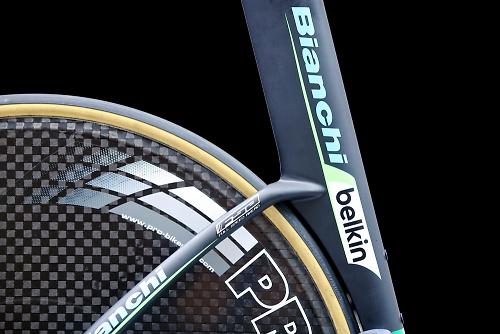 The Aquila CV comes with adjustable rear dropouts so you can fine tune the distance between the rear wheel and the seat tube to reduce turbulence, and it has a steep seat tube angle of 76.5° to help you get into an aerodynamically efficient ride position. The aluminium seatpost clamp comes with two different positions with +/- 18mm setback so you can get the setup you want. 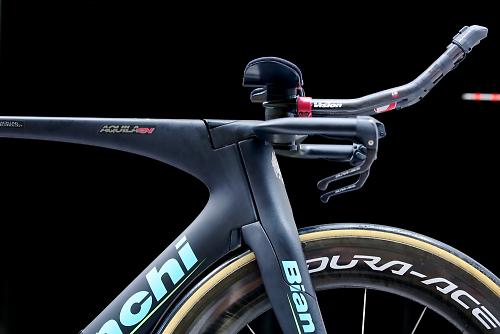 The full carbon fork comes with a standard 1 1/8in steerer and straight, bladed legs.

Interestingly, Bianchi say that even the paint they’ve used is specifically designed to reduce drag. The surface of it is such that they can't use their normal graphics, they’ve had to get new ones made up. 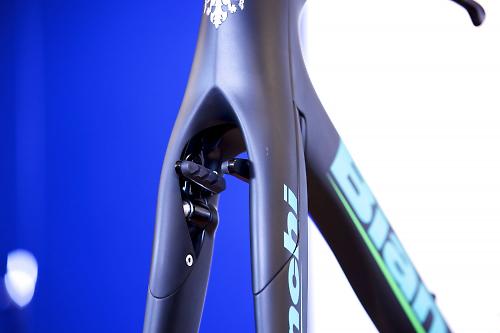 What about the Countervail technology, then? Well, that’s something that Bianchi first introduced last year on the Infinito CV (which we made road.cc Bike of the Year). Bianchi collaborated with Materials Sciences Corporation to come up with a material that reduces road vibration. It’s all a bit Secret Squirrel but Bianchi have exclusive use of Countervail in the cycling industry. 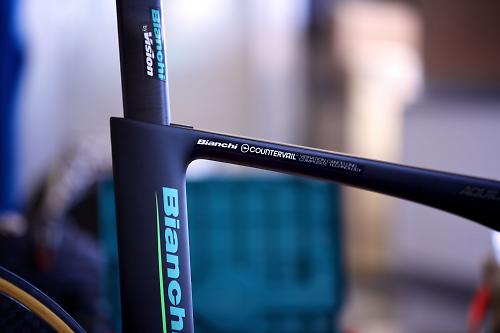 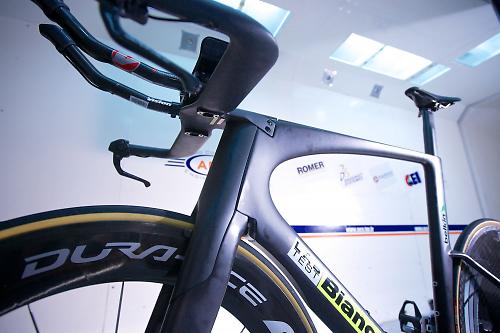 We’ve not ridden the Aquila but we were certainly massively impressed by the Infinito CV, so we’ll keep our fingers crossed that the Aquila is equally good.

The Aquila is compatible with both mechanical and electronic groupsets and is available in four sizes: XS, S, M and L. Bianchi give a frame weight of 1.3kg. 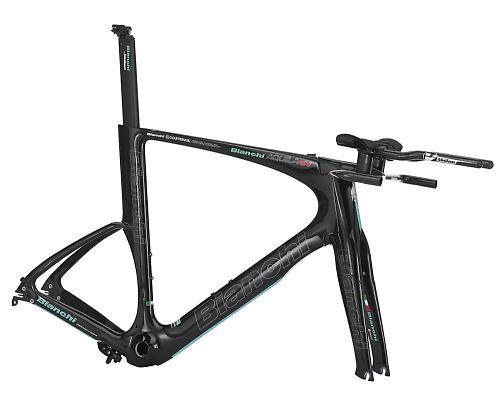 The bikes the pros use are never cheap, of course. The Aquila frameset – including the full-carbon fork, TRP TTV RCR brakes, the FSA Bianchi aero carbon stem/bar, and Bianchi’s aero carbon seatpost – is priced at £4,500.

The Aquila CV is available in two complete builds. If you go for the model with a Shimano Ultegra mechanical groupset and Fulcrum Racing Quattro clinchers, that’ll cost you £5,000.

The top-end model comes with a Shimano Dura-Ace Di2 groupset and Fulcrum Red Wind XLR 80mm-deep wheels. That one is priced at £8,900. The first ones will arrive in the UK later in the year, possibly in September.