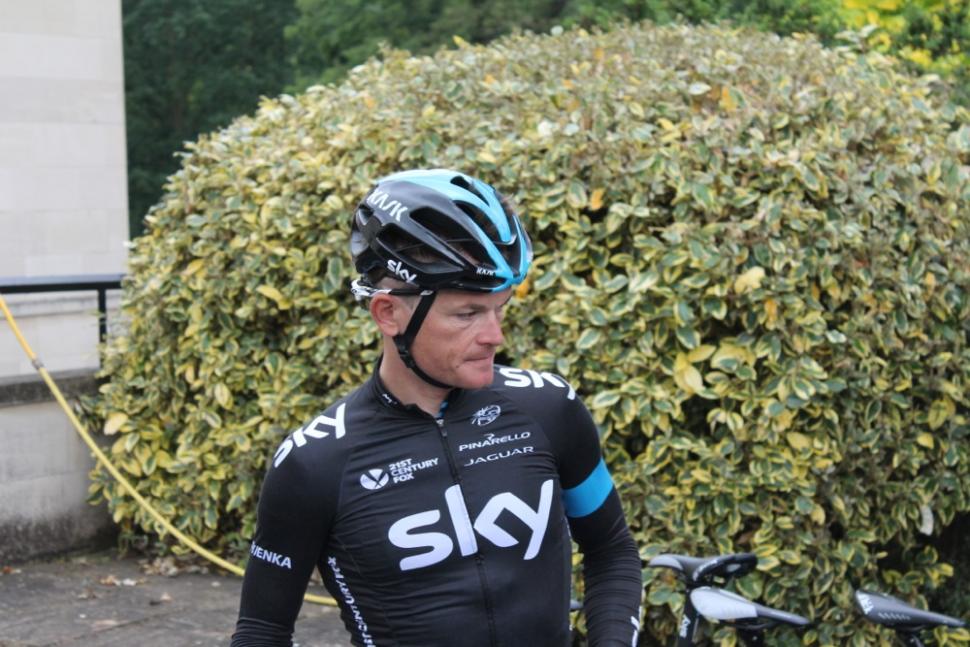 Kask has unveiled a new top-level road helmet called the Protone that Team Sky have started to use in the Tour de France.

Over the past couple of weeks, several manufacturers have announced new road helmets designed with aerodynamics in mind, Bell, Giro and Smith among them. “The Protone has been developed in close collaboration with Team Sky’s riders and sports scientists to give an advantage in the majority of the Tour stages,” say Kask. “The helmet has one of the lowest drag coefficients (cx) of any ventilated helmet, and among the fastest rates of heat dissipation too.”

Kask don’t quantify their aero claims or put any figures on the helmet’s ability to dissipate heat. 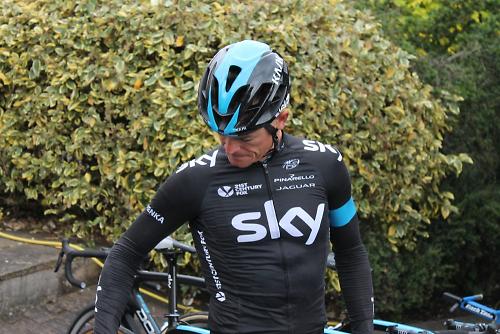 Modelled here by Belarusian hardman Vasil Kiryienka before the start of the Tour, the Protone is the fourth Kask helmet to be developed in collaboration with Team Sky following the Mojito, the Bambino time trial helmet and the Infinity aero helmet.

“Pro-cycling is about marginal gains and we’ve spent many months and countless hours examining data from the wind tunnel, from rider-positional analysis, from thermodynamic studies and, of course, feedback from Team Sky to create our most advanced design yet,” said Kask CEO Angelo Gotti. “The Protone takes into account the riders’ posture and how they behave while riding, for example catering for the rider taking off their glasses and inserting them into the the helmet without increasing drag.”

The Protone is lightweight, hitting the scales at a claimed 210g, and Kask reckon that the Octo Fit adjustment system will fit any kind of head shape. It uses removable and washable inner padding, made from Coolmax fabrics which have an antimicrobial treatment. 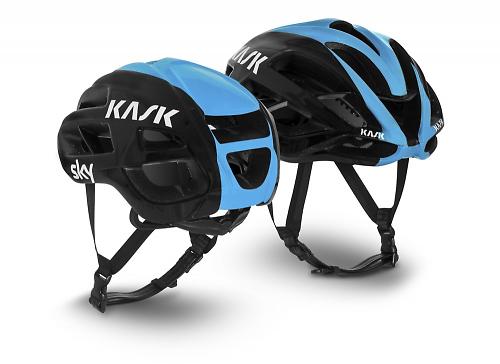 Kask have continued to use their Multi In-Moulding Technology (MIT) to create a polycarbonate cover for the top, base ring and the back of the helmet’s shell. This is joined to the inner polystyrene cap via inmoulding technology.

Kask will display the helmet at the August Eurobike show, held in Germany, and it will be available to buy at the start of 2015. We don’t yet have a price.

1
Police officer caught on camera telling cyclists to ride in single file to be given "education around traffic offences"
2
"Check the Highway Code": Police officer claims cyclist shouldn't ride "in the middle of the road"
3
Driver "used bus as a weapon" against cyclist, loses appeal over sacking
4
“Everyday tasks have become my new challenge”: Christina Mackenzie in “excruciating pain” after being struck by hit-and-run motorist
5
Hit-and-run driver moved unconscious cyclist off road before fleeing scene
6
Cyclists report multiple muggings and thefts on London cycle route
7
Canyon revamps Inflite cyclocross range for 2023
8
Near Miss of the Day 827: Two close passes and a screenwash shower