Italian company Wilier have launched an updated version of their flagship race bike the Zero 7, with the claimed 799g frame getting slimmer tube profiles to shed some weight and now featuring internal cable routing, compatible with both mechanical and electronic groupsets, along with a switch to a 27.2mm seatpost. It retains the SEI Film technology, claimed to dissipate vibrations, from the previous version. Wilier have shed weight by reducing the size of the main tubes in the frame, which they say was possible due to new construction techniques. When making the frame they use a “special thermoplastic” liner into which the bladder is placed inside the carbon fibre mould, which “creates a uniform and equal pressure along the inner carbon walls of the frame.” This gives greater control over the wall thickness and ensures a smooth surface, helping to reduce the weight.

Is this reduced volume the latest trend in carbon road frame design? Only the other day we were writing about Orbea's new Orca which also has a frame with reduced volume tubes to minimise weight. Despite the 19% reduction in frame volume, they’re confident the stiffness remains the same as it was on the previous frame. They have also used the same SEI Film technology (Special Elastic Infiltrated Film) first introduced on the Zero 7 back in 2011. This film is inserted between layers of carbon fibre and the idea is that is helps absorb vibrations.

It sounds like a similar technology to the viscoelastic material Bianchi use in their latest Infinito CV.

Wilier claim that the SEI Film offers 35% more shock resistance than a similar carbon frame without this special material. Like many top-end race frames these days, Wilier also fit a 27.2mm seatpost in the pursuit of comfort. 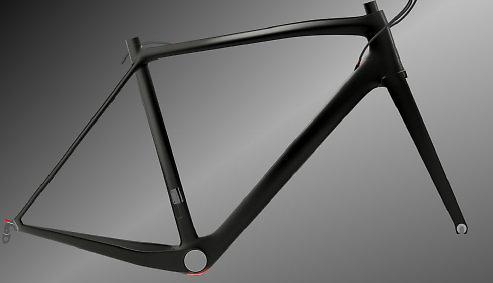 Around this special film they use a Toray 60 ton ultra high-modulus carbon fibre. Using this SEI film apparently allows Wilier to use less lower modulus carbon and therefore keep the weight lower than it would be if they used different grades of carbon fibre instead to achieve the desired balance of stiffness and weight. 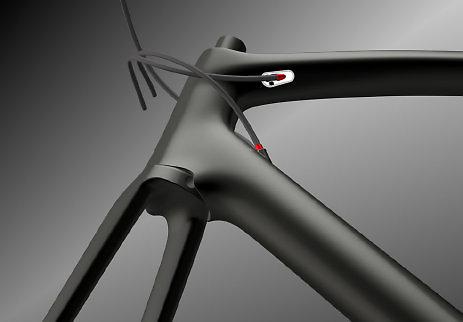 Most top-end road frames feature internally routed cables these days, and the Zero 7 gets the same treatment. The system, which uses 2-in-1 plastic plates, can accommodate mechanical or electronic gear systems. Apparently the plates in the down tube help guide gear cables inside the tube to minimise friction and prevent rattling, with the cables crossing over courtesy of a specially designed cable routing plate in the bottom bracket. 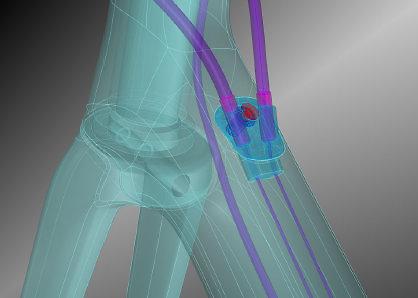 A new 3D Derailleur Hanger has been designed to work both with mechanical and electronic groupsets. For the former the cable stop is placed closer to the rear mech, giving a shorter length of cable housing. With an electronic groupset the wire can be cleanly routed through the dropout into the chainstay, where it disappears from view until it pops out of the top tube.

The new fork uses an integrated design, with the crown sitting into a recess created in the head tube/down tube junction. The fork blades borrow an aerodynamic shape from the company’s TwinBlade time trial bike. 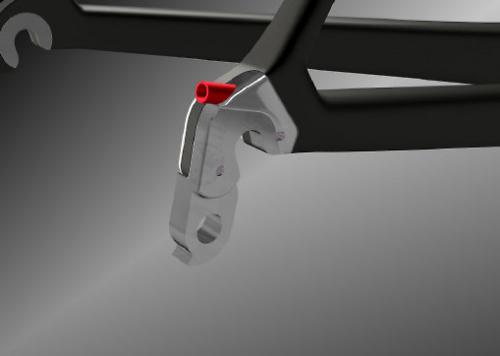 The down tube has been enlarged at the junction with the head tube which they claim contributes to a 14% increase in torsional rigidity. At the bottom bracket Wilier incorporated the BB386EVO standard. The wider shell allows them to increase the size of the down tube, seat tube and chainstays, leading to an increase in stiffness. 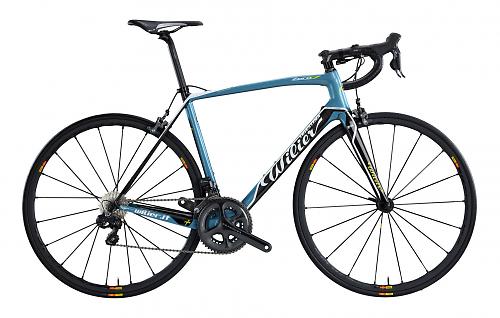 No word on price or availability just yet, only that it will be available later this summer. More at www.wilierbikes.co.uk