The new Focus Cayo is a lightweight mid-level carbon road bike in a geometry that most people will find comfortable enough for long rides.

We told you last week about the new version of the Focus Cayo, the third incarnation of the model (the first was launched in 2005, the second in 2011, trivia fans!). 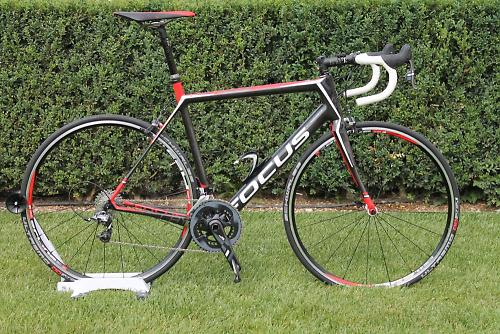 Here’s that news in short:

• Its available for both calliper and disc braking systems.

• Both frame versions are compatible with mechanical and electronic shifting. You can convert from one to the other after swapping a Cable Routing Plate (CRP) on the head tube. 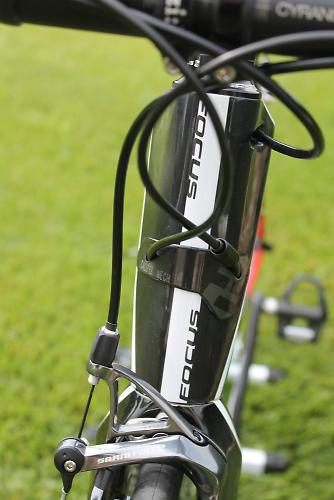 • The disc brake version uses thru axles – Focus’s fast release and re-engagement Rapid Axle Technology (RAT) system – to ensure the alignment of the disc rotor between the brake pads and thereby minimise noise.

• It will be available in eight different builds, two of them disc brake builds.

• The calliper brake fork weighs 350g while the disc brake version is 380g.

Check back to the original story for more technical information. 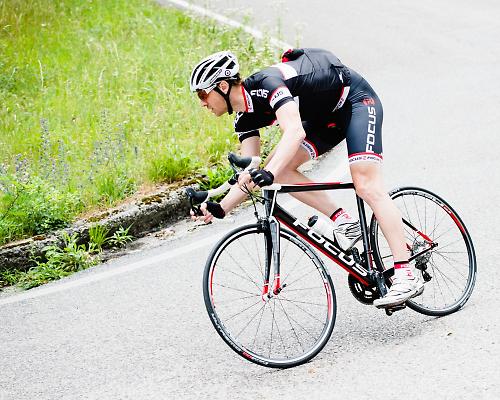 Now we’ve had the chance to ride the calliper version of the bike for ourselves on roads around Verona in northern Italy and here’s what we think...

The Cayo is a quick, well-balanced and comfortable bike. 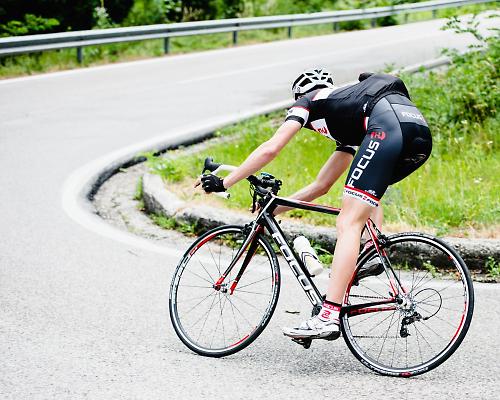 First, the Cayo is lightweight for a mid-level bike. We explained in last week’s article how Focus have achieved this. A frame weight below about 1,000g is seriously light (yes, it’s an arbitrary figure). Below 900g and you’re getting into superlight territory.

As we’ve pointed out a million times, lightness is nothing if the manufacturer has compromised stiffness in achieving it. Focus haven’t done that. The Cayo isn’t the stiffest frame on the planet but it’s a long, long way from flexy. 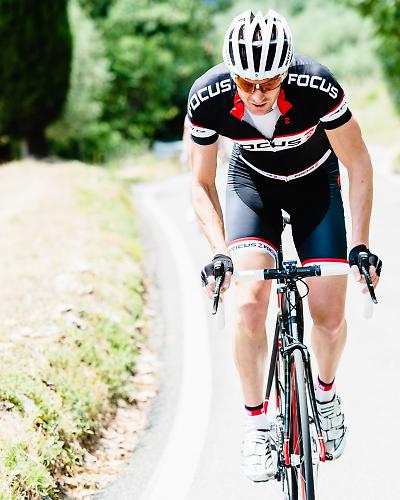 Focus quote a head tube stiffness of 100 Nm/° and a bottom bracket stiffness of 62 N/mm, if you speak that language. If not, those figures mean that the Cayo isn’t extraordinarily stiff in those key areas like a top-end race machine, but it’s still impressively rigid.

Out on the road, I certainly didn’t feel a great amount of flex whether climbing out of the saddle or slamming the bike hard and fast into the corners on the hairpin descents around Verona – and there were quite a few of those.

The Cayo climbs really well. It felt nippy and responsive whenever I wanted to put in a burst coming out of one of the tight corners, and it just got on with the job when it was time to sit in the saddle and grind out the hard yards on the longer climbs. 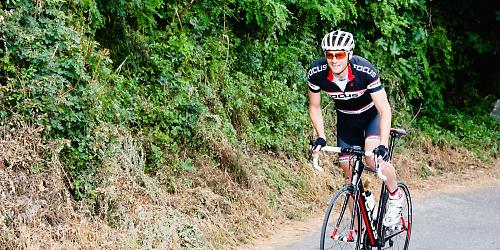 In terms of comfort, the Cayo feels pretty smooth. We had to cope with some – let’s be honest – terrible road surfaces that rival those of the UK in terms of all-round badness, but the Cayo handled them just fine. You still feel the bumps and the holes, of course, but the frame doesn’t leave you with the feeling that you’re in danger of needing surgery if you hit something unexpected. I wouldn’t say that the Cayo is as compliant as something like a Cannondale Synapse, but a certain degree of compliance keeps you sitting pretty over the rough stuff.

The 25mm Schwalbe Ultremo DD tyres doubtless helped on that score, compared to 23s. That’s hardly worth remarking on these days because 25s have pretty much become the norm over the past couple of years. 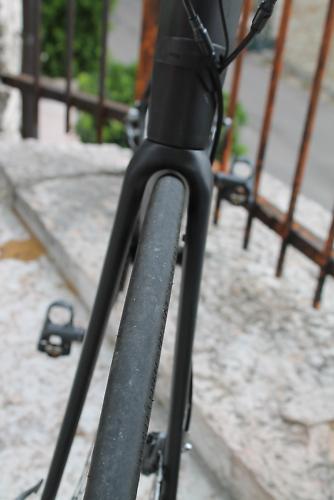 One of the bikes on our test ride was fitted with 28c tyres, although I didn’t get the chance to ride that one. There’s loads of clearance at the back to go even larger but things look tight between the fork legs. You might just about get a 30mm tyre in there if you want to go bigger still. The Cayo doesn’t come with mudguard eyelets, by the way, so if you want ’guards you’re going to have to fit some mounts. That’s a bit of a shame for the UK market, although we’re not typical in that respect. Still, lots of manufacturers are including eyelets on bikes of this type.

The other factor affecting comfort is the geometry. The Cayo’s ride position is slightly more relaxed than that of the Izalco Max, Focus’s full-on road race bike, but they’re not chalk and cheese. The Cayo doesn’t shout ‘sportive geometry’. 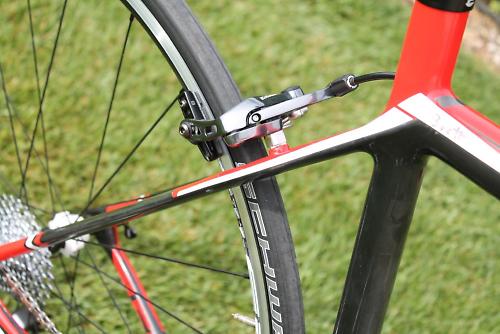 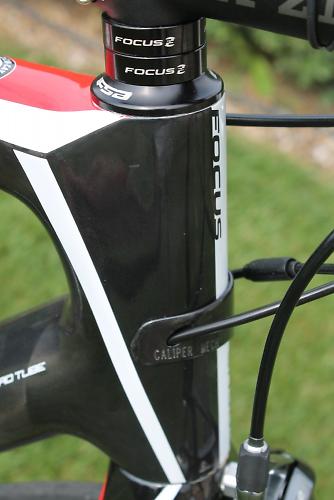 The 56cm version of the Specialized Roubaix SL4, for comparison, has a stack: reach ratio of over 1.5: 1. In other words, the Roubaix offers a considerably more upright ride than the Cayo. The Cayo still feels road-bike aggressive, just not quite as aggressive as the Izalco Max. 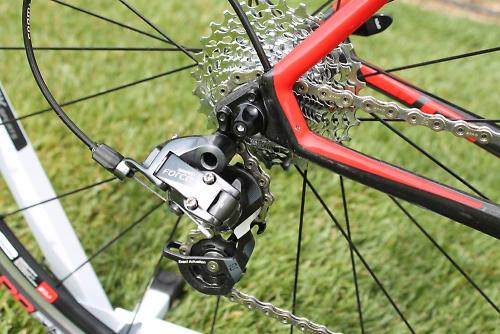 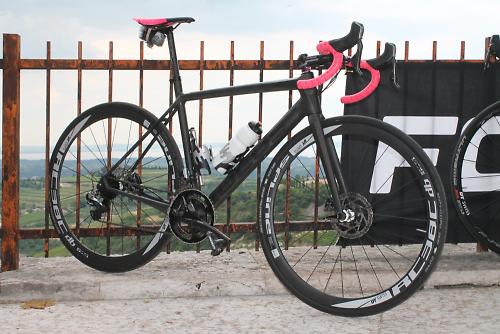 The top level bike in the range is the Cayo 1.0 with a Dura-Ace groupset and DT Swiss R20 Dicut wheels. It is likely to be £2,999. The Cayo 3.0 Disc, with an Ultegra group including disc brakes and DT Swiss R24 Spline wheels will be around £2,399.

I had just three hours aboard the new Cayo but that was long enough to tell that I like it a lot. This is a bike I could easily imagine riding day in, day out, for getting in the big miles at the weekend and for tackling sportives.