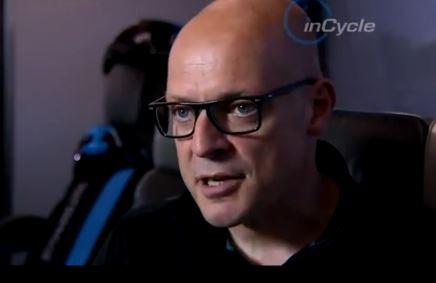 Sir Dave Brailsford says that it will be logic not emotion that will determine Team Sky’s line-up at the Tour de France, which starts in Leeds a week on Saturday, but admits that striking a balance between choosing a winning team and keeping fans happy is “terrifically difficult.”

While team principal Brailsford insists he will not finalise the list of nine riders until after the Tour de Suisse, which finishes today, Sir Bradley Wiggins revealed that earlier this month that he did not expect to make the team unless defending champion Chris Froome suffers illness or injury.

Injury meant that Wiggins, winner of the Tour de France in 2012 with Froome runner-up, missed last year’s race. Sky’s plan was that he would support his team mate, although Wiggins had made noises about wanting to defend his title, so his absence prevented a repeat of the tension between the two riders that had been apparent the previous year.

The pair have not raced together for almost 18 months, and most recently Froome rode the Critérium de Dauphiné, fading in the final two days due to the after-affects of a crash earlier in the race, while Wiggins’ efforts at the Tour de Suisse were curtailed when he too suffered a fall and withdrew.

Brailsford acknowledges that his role means he has to make some difficult choices.

He said: “The challenge is this. When you come to look at a sports team at times you come up against some pretty tricky situations and you have to make a decision about are you going to try and win, and what will it take.

“Then you look at all the information and then you have to think about, there’s emotion over here, and there’s logic over here. And my job if I want to pick winning teams, which I’ve done for quite some time now is to take the emotion out of it and think ‘Right, what is the best way to win this race?’.”

“When you think about sporting decisions, along the way, if you want to win, you’ve got to make really tough decisions.

While Brailsford didn’t say who was in the team, reading between the lines it appears that Wiggins is correct in his belief that he won’t be at the Grand Départ in Leeds a week on Saturday.

“You want a unified team who are absolutely going for the same goal if you want to be successful in this race and we’ll take that into consideration for sure.”

Brailsford said he expects an exciting race, with protagonists including not just Alberto Contador of Tinkoff-Saxo and Astana’s Vincenzo Nibali, but also riders such as Garmin-Sharp’s Andrew Talansky, Omega Pharma-Quick Step’s Michal Kwiatkowski, and Bauke Mollema of Belkin, whom he believes are capable of causing an upset.