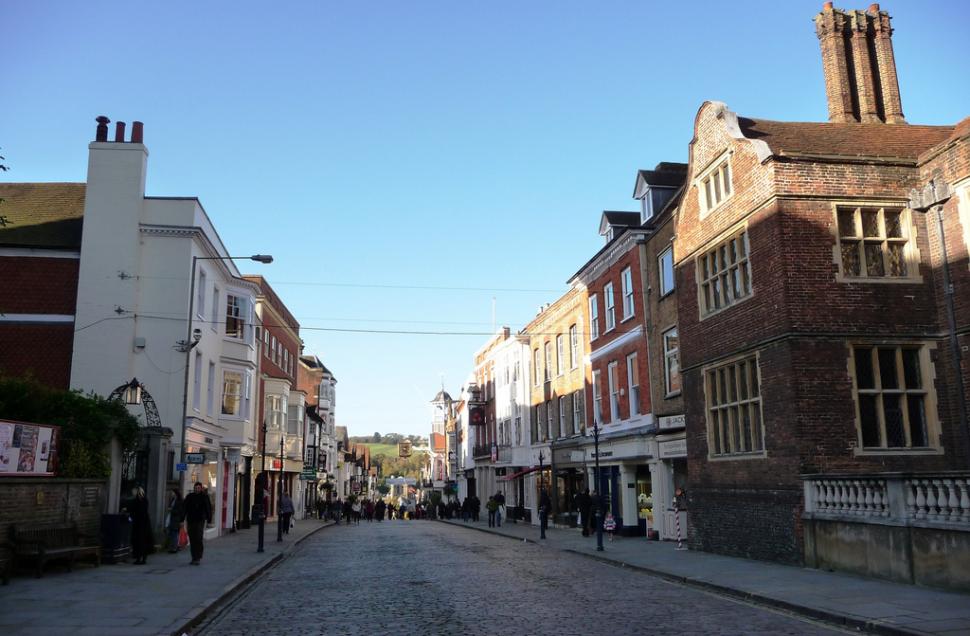 Cyclists usually welcome road surface improvements, but in Guildford resurfacing work is jeopardising the running of the Guildford Town Centre race on July 9.

According to Nick Edmondson of Get Surrey, organiser Jon Lewis is concerned that resurfacing work on Market Street has made the race course unsafe at one of its fastest sections.

Lewis has called on Guildford Borough Council to make the problem section safe and has even threatened to make the necessary modifications himself.

He said: “I understand there are plans for large-scale renovation of the road surface but what we are dealing with here is a pretty serious problem with the transitions from Market Street.

“The issue we have is that the race line used to run through that area at a flat curve, with cyclists hitting the apex of the bend and being able to go right through in one smooth turn.

“Now they have raised the kerbs and that makes it impossible to take the bend the way you would expect. The bumps are in a very dangerous position and that is the fastest part of the track.”

Lewis said he has had difficulty getting a clear answer from Surrey County Council to his request for a temporary solution to make the race course safe.

He said: “It is so difficult to get clear communication and for an event like this, that is something you want.

“I was happy to hear the setts won’t be replaced but this is a big problem and it is not one that will go away.”

The Guildford Town Centre races started in 1984 and use a 600-metre circuit that includes the High Street, making for an event that has become increasingly popular.

“Cycling has become a huge draw in Surrey,” Lewis said. “The number of people involved in riding in recent years has shot up. One of the things that is most exciting is the fact that the number of kids we have wanting to compete this year is a big rise compared to previous years.

“The organisers just want to put on the best possible event. There is something special about a race in the High Street and we have a pub on the route as well. For a spectator, there are few events like this, where there is such a small course and you get to see so much.

“But it all comes down to safety. I would like to think we will make it work no matter what but support from the council is what we need.”

Councillor Matt Furniss said: “Events like these are very important to Guildford and we work alongside the county council to ensure they get the support they need to go ahead.

“Things like this put Guildford on the map and we are happy to help in any way we can.”

Surrey County Council said it was looking into the problem, but could make no comment at the time.