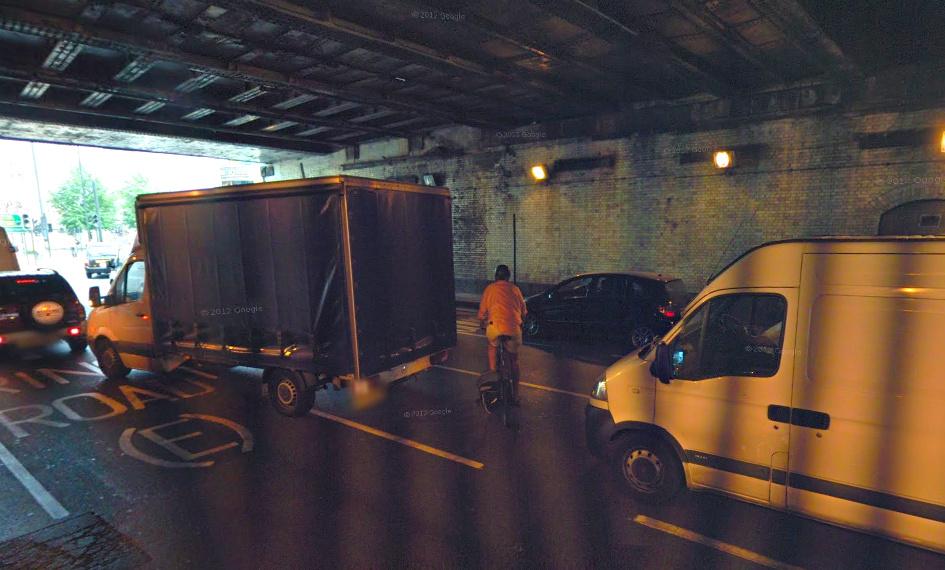 Vauxhall death cyclist had ridden gyratory just once before

Family of experienced cyclist Tafsir Butt begged him to avoid "genuinely dangerous" junction after he was injured on first journey through gyratory...
by John Stevenson

Tafsir Butt, the 52-year-old cyclist killed in a collision at Vauxhall Gyratory earlier this month was “always a safe cyclist” who had only used London’s “nastiest” junction once before and had come off his bike and been injured then, according to his brother.

Tauqir Butt, 55, told the Evening Standard’s David Churchill that his brother had crashed six months ago when he first used the junction, described by the London mayor’s cycling commissioner Andrew Gilligan as “genuinely dangerous”.

When he was killed, Tafsir Butt was cycling home to Battersea from an overnight shift at his job as a security guard in a building near Cannon Street.

His brother said: “He came off there about six months ago when he first used it as a short cut.

“He went to hospital and luckily he escaped with just bruising, but we pleaded with him ‘please don’t use that junction again’ because it is so dangerous.

“But that morning he did for some reason and it’s cost him his life. It was only the second time he’d used it that we know of.”

Tauqir Butt described Tafsir as a “generous, friendly man and a loving brother” who “ was loved and respected by his work colleagues.” He was due to get married in two months.

He added: “It just doesn’t seem right that cyclists are allowed to cycle there but that there isn't better conditions for them because it’s so busy. The tunnel needs to be lit up more so drivers can see better and there’s not enough room for cyclists. It needs to be sorted out. He was always such a safe cyclist who always stuck to the left-hand side of the road.”

Tafsir Butt died after a collision with a tipper truck on Parry Street, Vauxhall Gyratory at about 7am on June 2. He was on a section where four lanes of traffic meet when he was hit.

Paramedics attempted to save him but he died at the scene, the sixth cyclist to lose his life on London’s streets so far this year. The driver of the tipper truck stopped at the scene and no arrests have been made.

After Tafsir Butt’s death,  Andrew Gilligan, the London mayor's cycling commissioner, told the BBC that the junction at Vauxhall "is genuinely dangerous, and is unavoidable for thousands and thousands of cyclists".

He added it was "the one I hate the most".

The junction is due to be converted to two-way traffic and include a 0.9-mile (1.4km) two-way segregated cycle track running from the Oval through Vauxhall and over Vauxhall Bridge to Pimlico.

Work is scheduled to start in Autumn following a public consultation.

But following the death of Tafsir Butt, the London Cycling Campaign (LCC) called on London mayor Boris Johnson and Transport for London to fast-track the rebuilding of the junction.

Ashok Sinha, chief executive of LCC, said: "Until Vauxhall junction is redesigned, then cyclists will continue to risk death and serious injury when cycling through this location, where they're forced to jockey for position with fast cars and heavy goods vehicles weaving across several lanes of traffic."