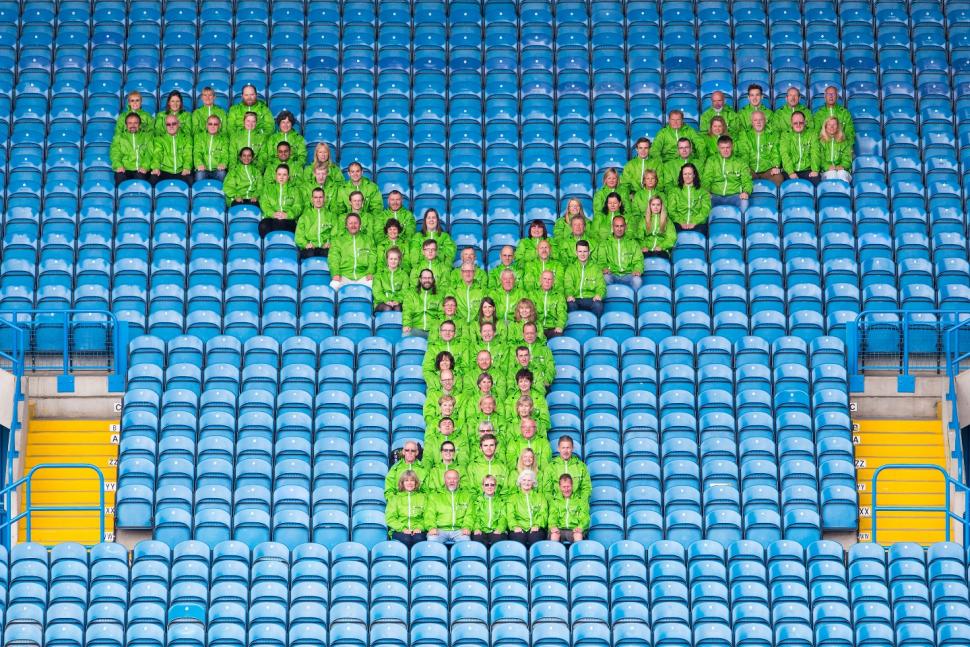 With the Grand Départ of the Tour de France a little over three weeks away, excitement the parts of England hosting the opening three stages of the world’s biggest annual sporting event is building, and media coverage is close to saturation levels.

Ahead of the start of the race in Leeds on Saturday 5 July, we’ll be bringing you regular round-ups of some of the news stories that we might not otherwise cover, to ensure you don’t miss a thing as the big day approaches.

The Tour de France is the biggest thing to hit Harrogate since crime writer Agatha Christie surfaced there in 1926 after being missing for 11 days – having checked into a hotel in the North Yorkshire spa town under the name of her husband’s mistress.

The significance of the event clearly isn’t lost on Conservative Councillor Jean Butterfield, who told fellow residents: “This is not a day for shopping for new underwear from M&S. The food and drink businesses will do very well out of this. Yes there will be some people who won’t be able to get out but it is just one day. It is one day of your life.”

She was talking at a meeting of North Yorkshire County Council’s Harrogate Area Committee at which several speakers expressed concern that the finish of Stage 1 of the race in the town would cause locals to be trapped in their homes and force some local businesses to close, reports the Harrogate Advertiser.

Bunting to go up in Cambridge

We’ve mentioned before the overwhelming response Harrogate got from around the world for knitted mini-Tour de France jerseys to adorn its streets for the race – and a Cambridge cyclist has ensured that his home town will be similarly decked out.

Twitter user RadWagon is hoping to have 2,000 pieces of knitting to hang on the city’s streets in the fortnight before Stage 3 of the race starts there on Monday 7 July. He told the BBC: "We've been allowed to use the Christmas light wires to hang our bunting and some lampposts near the Round Church.

"I think the best thing about this whole project has been meeting so many fantastically excited people who couldn't care less about the bike race.

"However, I expect they will all watch it now because they are part of it and can really feel involved in something big in their city that's being watched by the world," he added.

Stage 2 of the race finishes in Sheffield, and on a day when the peloton is likely to have been smashed to smithereens ahead of the short but tough final climb of Jenkin Road, one thing the riders won’t have to worry about in the Steel City is potholes,

Sheffield City Council has been busy ensuring its roads are in pristine condition to welcome the world’s top cyclists, reports The Star, with Councillor Jack Scott saying: “We know the Tour is a once-in-a-lifetime chance to showcase Sheffield to the world, so all eyes are on us and we have to get it right.“That’s why it was so important to us to bring forward the roads on the Tour route to make sure they were in better condition.

“Having spoken to some cyclists that have done the whole Yorkshire route, they say other areas have got a problem, they haven’t been able to put that level of resources in as we have.”

Leeds-based brewer Timothy Taylor has launched a Tour de France-themed beer under a word that on the face of it needs no translation from English to French, but which does have a more nuanced meaning in Yorkshire dialect – “champion.”

“Le Champion 4.5% is a French style blonde beer brewed with Alsace Strisselspalt hops and continental malts to give a smooth body and a delicate hop fragrance. Timothy Taylor’s with a touch of ooh la la...”

Tour Makers get kitted out

Tour Makers – the army of volunteers recruited to help ensure the Grand Départ goes smoothly – are getting kitted out with their uniforms starting this week, with kit including a blue polo shirt, green jacket, black trousers, baseball cap, bag and water bottle handed out by Asda at Leeds United’s Elland Road stadium.

One Tour Maker, Becky Clarke, said: "Now we've got our uniforms it all seems so real, so roll on July 5 - I'm so excited! I can't wait to just jump right in and actually get started, and to say I'll be part of the Tour coming to Yorkshire is just incredible."

Gary Verity, chief executive of Welcome to Yorkshire, added: "We've been blown away by the passion and dedication the Tour Makers have shown already. Now, there's a real sense of excitement building among them as they complete their training, get their uniforms and prepare for an experience they'll never forget."

1
Crowdfunded Superstrata 3D printed bike that raised £5 million on Indiegogo leaves backers disappointed
2
Win! £1,500+ worth of Pacenti carbon wheels, alloy wheels and cycling caps with multiple prizes to be won
3
World's first eSports pro cycling team sacks rider for cheating on Zwift
4
Devon cyclists to be given helmet cameras to help catch dangerous drivers
5
"Too ridiculous": Cyclist reports motorist for driving on the pavement... and is threatened with fine for 'cycling on the footpath'
6
Cyclist fined after submitting dangerous driving video to police
7
Bath golf club set to be transformed into bike park
8
'Incredibly talented' police officer killed after being hit by motorist while cycling