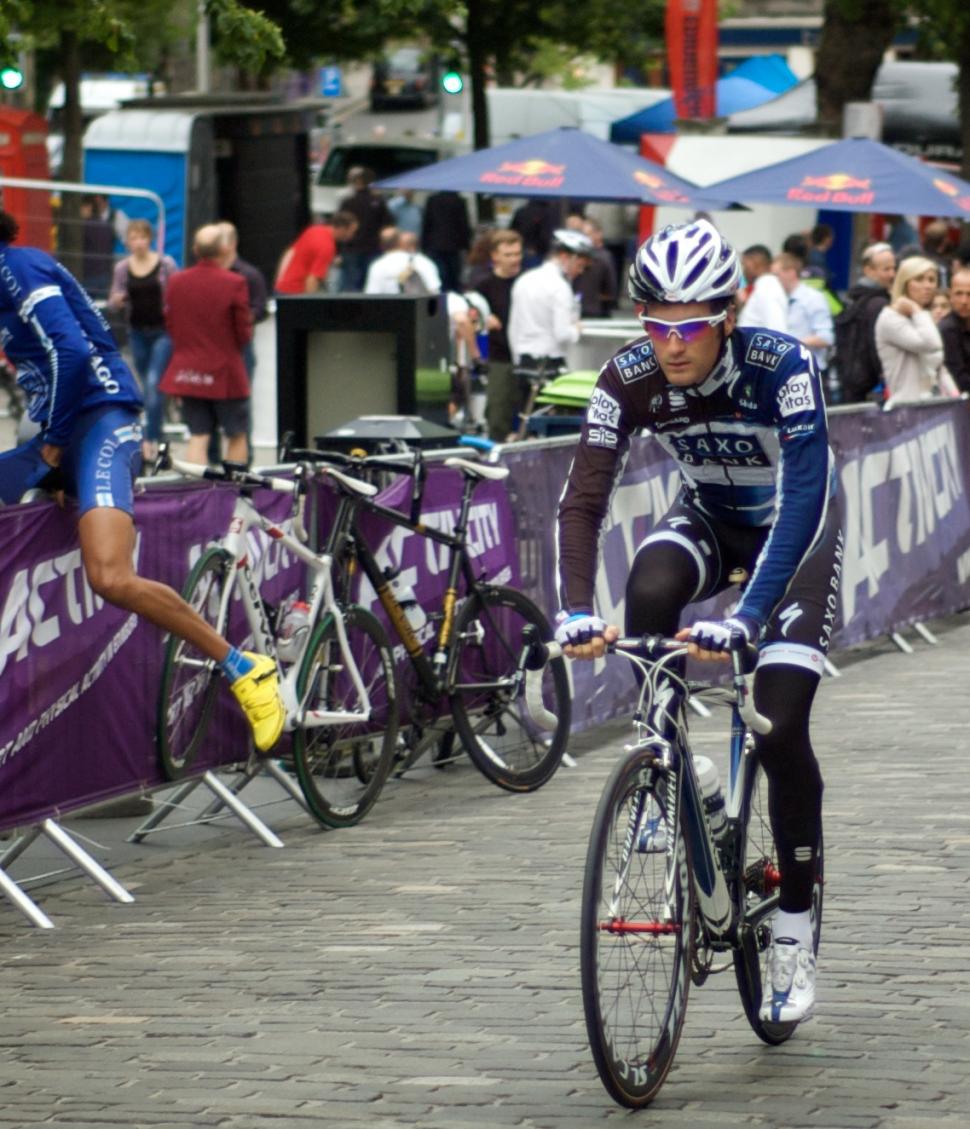 Jonny Bellis, the promising young rider who suffered a serious head injury and months of treatment after he was involved in a scooter crash on his way home from his friend Mark Cavendish’s house in Italy in 2009, has spoken about the long road to recovery and his ambitions for Glasgow 2014.

Speaking of the early days after that collision, Bellis, now 25, told the BBC: "Cav shook my hand and said 'how are you doing mate?' I told him all was good, that I'd be off on holiday when the season was over. But I could tell by the look on his face that something wasn't right."

He was placed in a medically-induced coma for several weeks following the crash which took place close to the British cycling academy near Quarrata, Tuscany, just days before September's UCI World Road Championships, in which Bellis had been due to compete.

Bellis's skull was shattered and his brain embedded with bones. He had also fractured his nose, cheekbones and sternum and a blood clot had formed on his spine.

40 days in The Wellington Hospital later, the £10,000 a month bill part paid for by a trust set up by his fellow Manx Road Club members, it was home and time for the hard work of recovery to begin for Bellis.

"For the first three months I was having all these crazy dreams, but I couldn't do anything when I was awake, I was just lying on the bed. All I was thinking was 'when can I get back on my bike?'

"But the doctors had already said to my parents, 'he's going to live but he's going to be paralysed from the neck down'. These are specialist guys, they know what they're talking about. I needed a miracle."

The recovery wasn’t smooth at all, with a bowel infesction, a stroke and two emergency tracheotomies to contend with. Over a few weeks, Bellis lost four stone in weight, and doctors warned him he may never even walk again.

Ten months after the collision, he was ready to try.

"I said to my dad, 'I'm ready to go out again'," says Bellis. "He said, 'you're having a laugh aren't you? I tell you what, I'll follow you in the car and we'll do a little circuit of the Isle of Man.' So off we went.

"I could barely get out of the saddle. I felt wrecked after half an hour. That's when it hit home how weak I still was and that I still had a long way to go before I could even think about racing again."

Just a few months later he rode in the Tour of Britain, but withdrew after 50 miles. The frustrations continued as CSC Saxo Bank, having supported the worst of his rehabilitation,  cancelled his contract at the end of 2010. The next couple of seasons were spent with AN Post in Belgium.

"I was just hanging on all the time, going at my maximum but just trying to survive,” he says. "I wasn't really racing, I was there to make up the numbers. Psychologically it was so hard, getting a kicking day after day after day.

"Sometimes in races I'd just sort of give up, the confidence was so low."

"It's taken me a few years but now I feel strong enough to train properly.

"The more races I do the more confident I become and now I'm able to be involved in the race rather than just hanging at the back, thinking of finishing."

For the last couple of months Bellis has ridden from Christina Watches - and now he’s been named in the Isle of Man track team in the Commonwealth Games.

"It's not that I wouldn't want to work for 'Cav' and Peter Kennaugh on the road," says Bellis, "but it's been that long now since my accident that I have to start thinking about me.

"I'm not saying I'm going to get a big result in Glasgow. But I'll go there in the best possible physical shape and do everything I can to get my name back out there. Who knows what might come afterwards.

"If it wasn't for that accident I'm positive I would have had a lot more success in cycling. But I have to take a step back - I'm lucky to be alive and I have age on my side.

"I've still got time. Someone or something has decided that there is more for me to do in this world."