We actually gave you a sneak peek of Wold Cycles’ bikes in our reports from last month’s Bespoked handmade bicycle show, but we have more details now. 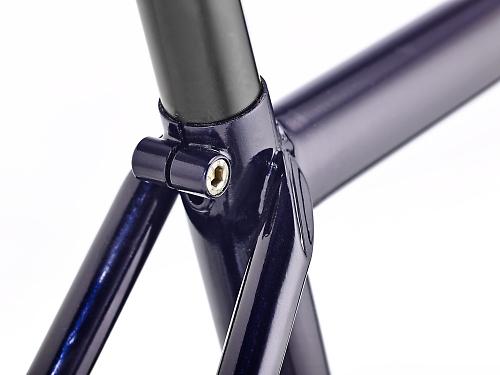 “The first Wold production model is the Elm which is a super-versatile and multi-functional frameset for touring, commuting, cross riding, winter road training, a real jack of all trades,” says Dom. “It is made from a mix of Reynolds 853 and Columbus Life. 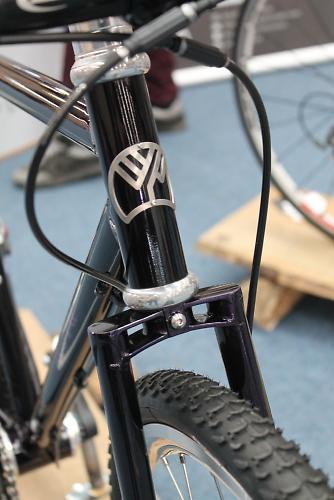 “The fork is also made from 853 and uses disc specific 17mm tipped legs to create a strong but lightweight raked steel fork that can handle the forces of disc brakes. The Bentley [more on that in a mo] front dropouts are CNC machined with offset faces, giving lots of rotor clearance without having to dent the fork leg. 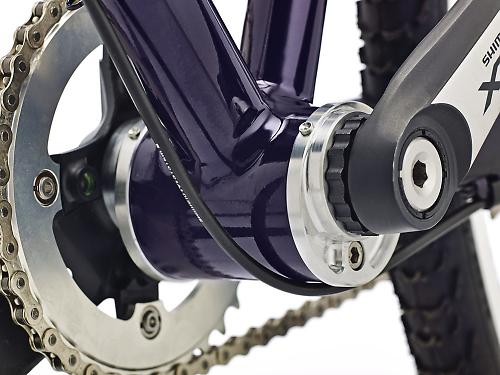 “For those wanting to ride singlespeed or use Alfine, or give themselves the option to do so in the future, then the Elm EBB features a Bentley eccentric bottom bracket.”

The Elm has clearance for 40c tyres, or 35c with mudguards, plus rack and mudguard mounts. 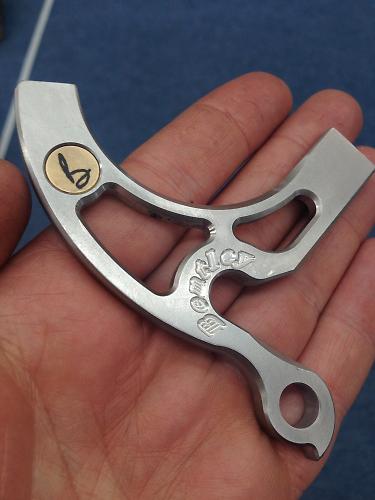 ‘Bentley’ refers to Mark Bentley who was formerly the toolmaker and prototype engineer at Pace Cycles. Dom also used to work at Pace too, which is where the two met.

Wold production bikes feature (and will continue to feature) ‘Bentley by Wold’ CNC machined parts. These include the dropouts and the eccentric bottom bracket with integrated bearings and grease ports. It looks like high-quality work with distinctive touches that give it that ‘special’ air. All Bentley parts are machined in York by Mark while the bikes are built in Wold’s Lincolnshire workshop. 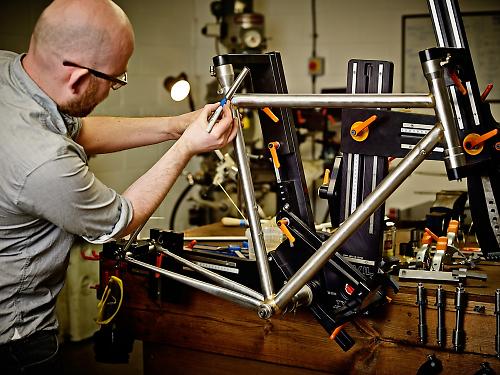 “There has been a significant investment in machines, tooling, fixtures and jigs to help streamline the production process and to ensure that every frame is built with accuracy and precision,” says Dom. 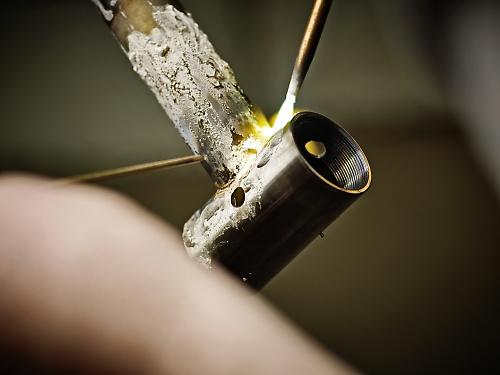 “Production models are built the same way as the custom framesets, but by having set designs and set sizes Wold are able to build sub-assemblies of chainstays, dropouts and forks in small batches and then complete the build when an order is received.”

Wold offer each model in six sizes with 12 paint colour choices and three decal colour choices. They aim to deliver each order in nine weeks or less. To mark the launch of the bike, Dom got together with Ade from Howies and did an ‘As The Crow Flies’ ride from mid Wales out to the coast, taking in mountains, boggy tracks, rocky paths and river crossings. Here’s the video of the ride.

As The Crow Flies from howies on Vimeo.

We’re going to get an Elm in for review here on road.cc. For more info go to Wold’s website.