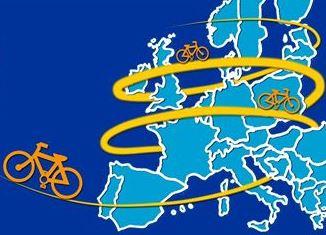 3 UK cities among 32 taking part - but while Bristol is in top 10, Inverness and last-placed Reading lag behind
by Simon_MacMichael

Commuter cyclists in Bristol are being urged to help the city challenge others across the continent to win the European Cycling Challenge, the 2014 edition of which launched last week.

In all, 32 cities, including two others in the UK, Reading and Inverness, are vying this month to win the accolade of European cycling capital for 2014 – and Bristol is currently in the top ten for the number of kilometres travelled.

The total of 7,027.37km registered by Tuesday evening puts Bristol in ninth position, but it’s a long way behind current leader, Warsaw, which has racked up 36,389.27km since the challenge opened on 30 April. It runs until 31 May.

As the Bristol Post points out, 5 per cent of Bristol’s residents cycle at least five times a week compared to a national average of 1 per cent.

It adds that more than 370 cyclists in Bristol are currently taking part in the challenge, which requires cyclists to sign up to their city’s team here, and uses the Endomondo smartphone app to record journeys, which can also be logged online.

Now in its third year, the European Cycling Challenge aims to inject a bit of fun into the promotion of cycling as a pollution-free form of everyday transport, and various initiatives of the cities involved are highlighted on its Facebook page.

The contest focuses on cycling for utility purposes such as commuting to and from work or school or riding to the shops, but excludes sports activities such as training rides.

Better by Bike, which encourages cycling in the West of England, said: "This is an urban cycling competition which encourages cities from all over Europe to compete for the prestige of pedalling the highest number of bike miles recorded via the Endomondo Smartphone app during May.

"This might be cycling to work, school, university, the shops or your leisure miles – it all counts.

"In fact, you don't even need to live in Bristol. Just turning on the app when cycling in and around Bristol will help contribute towards the total mileage tally."

While Bristol has got off to a solid start in the competition, putting it ahead of cities such as Barcelona, Bruges, Oslo and even Groningen in the Netherlands, the UK’s other entrants are at the other end of the rankings.

Inverness is in 28th spot with 677.13km recorded, while Reading props up the table in 32nd and last place with a total of just 73.75km ridden.