Trek have launched a disc-equipped version of the Domane, available at two price points and both borrowing bolt-thru axle technology from their mountain bikes. The Domane 4.0 will cost £1,600 and the Domane 6.9 £6,000, and both will be available this month. 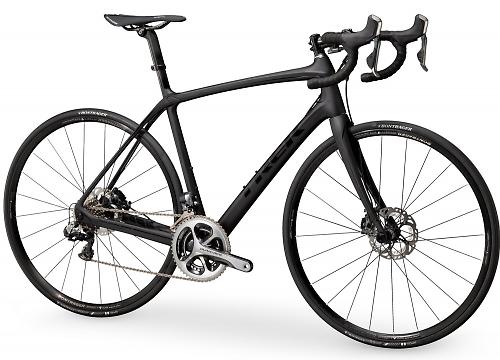 We speculated on the launch of the Domane Disc earlier this year as Keith Bontrager told us he believed Trek would almost certainly launch a disc-equipped road bike in the near future. His prediction has come true, with Trek taking the obvious decision to use their endurance model, the Domane, rather than the racier Madone, for their first disc-equipped road bike. They've already launched a cyclocross bike with disc brakes this year, the Boone CX.

There’s been much debate about wheel axle design on disc-equipped road bikes, and Trek have opted to move away from traditional 9mm quick release axles and adopt bolt-thru technology from their mountain bike range. Called Closed Convert dropouts, they have a 15mm front axle and a 142x12mm rear axle. They can be easily converted to a traditional quick release axle for increased wheel compatibility. 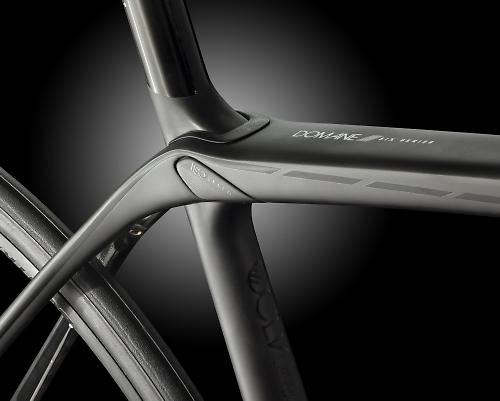 New axles means new wheels, and they’ve developed a new Bontrager Affinity Elite Disc wheelset with bolt-thru hubs. The rims are tubeless-ready - Bontrager have been doing tubeless for a while already. The wheels use interchangeable axle end caps so they can be used on any bike with just a simple change of the end caps required. The wheels have a claimed weight of 1,655g.

An exciting upside of the switch to disc brakes is that Trek says both will happily take wider tyres (though they don’t say how wide) and mudguards, because the removal of the caliper opens up more clearance.

“The response we’ve seen from riders about the Domane has been unprecedented and adding a disc brake option further opens the door for riders to expand how and where this bike is ridden,” says Trek Road Bike Brand Manager Michael Mayer.