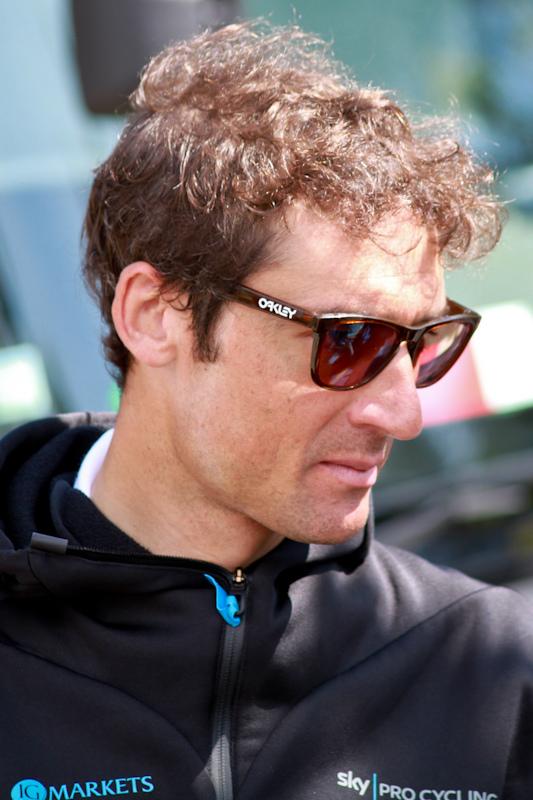 Updated: Team Sky says its riders are not given painkiller Tramadol and it should be banned

Updated: Team Sky says its policy for the past two seasons is that its riders should not race or train while using the legal but controversial painkiller Tramadol, and believes it should be banned. The team was responding to claims by former rider Michael Barry that he and other Sky riders had used the drug while racing.

None of our riders should ride whilst using Tramadol — that’s the policy of this team.

Team Sky do not give it to riders whilst racing or training, either as a pre-emptive measure or to manage existing pain.

We believe that its side effects, such as dizziness and drowsiness, could cause issues for the safety of all riders.

We also feel that if a rider has the level of severe pain for its appropriate use they should not be riding.

Tramadol is not prohibited by WADA but this has been our firm position for the last two seasons and all medical staff and riders are aware of this.

Our view is that it should be on the WADA list and any appropriate clinical use could be managed through the regulated TUE, or Therapeutic Use Exemption, system.

Barry, who retired in 2012 shortly before it was revealed by the United States Anti-Doping Agency (USADA) that he had admitted having used EPO while at US Postal, for which he received a six month ban, had made the claim about the use of Tramadol in his new autobiography, Shadows on the Road.

The World Anti-Doping Agency (WADA) does not currently included Tramadol on its prohibited list, but in his book the Canadian describes it as being “as performance-enhancing as any banned drug I had taken” and says that “some riders took tramadol every time they raced”.

There are concerns over its potential side-effects, which can include lack of concentration and drowsiness, with Lotto-Belisol team doctor Jan Mathieu blaming it for crashes in the Spring Classics and calling for the drug to be banned and also warning it can be addictive.

In an interview with Jeremy Whittle of The Times [£], Barry said: “I used tramadol at Sky. I never saw it used in training, only in races, where I saw some Sky riders using it frequently.

“The effects are noticeable very quickly. Tramadol made me feel euphoric, but it’s also very hard to focus. It kills the pain in your legs and you can push really hard.

“After I crashed in the Tour de France I was taking it, but I stopped after four days, because it allows you to push beyond your natural pain limit.”

He added: “Tramadol packaging warns against driving or operating machinery, so I can’t see how racing down narrow cobbled lanes at 50km an hour on tramadol can ever be a good thing.”

Teams that are members of the Movement for Credible Cycling (MPCC) have pressed WADA to ban Tramadol, with the anti-doping organisation having told it that “the number of samples containing Tramadol is significant and the very large majority of them originate from cyclists.”

While MPCC members are forbidden from giving their riders Tramadol, there is nothing to stop non-member teams such as Sky or Omega Pharma-Quick Step from doing so as current rules stand, although some might question whether it is in the spirit of the sport.

Last October, Team Sky doctor Alan Farell told Cyclingnews that he backed an appeal from his counterpart at Garmin-Sharp, Prentice Steffen, for Tramadol to be banned both in and out of competition, but admitted that riders on the team had used it during races.

He said it was “an effective pain killer when it’s used in the clinically appropriate scenario. Certainly in our team we would have used it in the past but only when justified.

“We would have prescribed it, very minimally but sometimes if someone had an injury that justified pain killing medication.”

He added: “We would never have used it in training. It’s only a medication that we would have used very minimally and in a supervised environment. I just can’t believe people would use it in a training environment.

Barry insists that during his spell with Sky, he never saw banned substances being used.

“I believe Sky is clean,” he maintained. “I know it’s become a cliché but they focus on the little things, as well as having the best riders.

“You have to take into account the little factors and the big factors like budget and riders.

“But I’ve never seen anything to doubt their performances,” he added.

1
Near Miss of the Day 378: What is it about overtakes on straight roads into oncoming traffic?
2
Police warn cyclists not to use Taff Trail after dark following spate of robberies
3
Former Swiss pro leaves the team he founded after admitting involvement in Aderlass doping ring
4
Business is booming! Garmin, Shimano and MIPS reveal profits boost in 2019
5
How coronavirus is taking its toll on the bike industry and what it means for you
6
Bike stolen from funeral after late cyclist's friends rode alongside hearse during procession
7
Near Miss of the Day 377: Yet another close, quick overtake despite oncoming traffic
8
Tacx Neo smart trainer owner left with “very expensive paperweight” as owners complain Garmin won’t provide support once warranty has expired