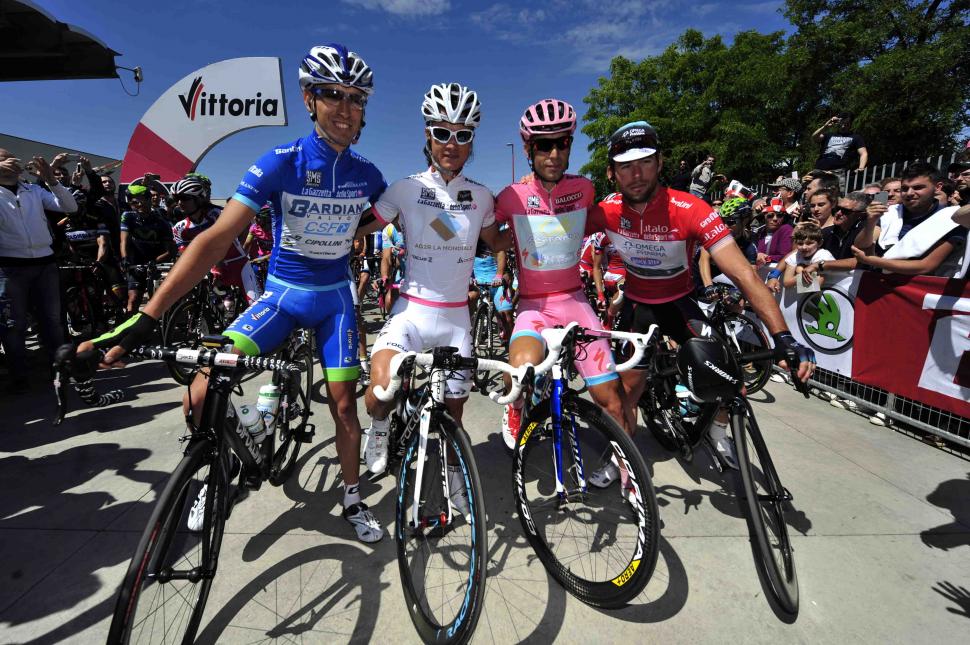 For the second time in a month, RCS Sport has given an incentive to Mark Cavendish and other sprinters about whether to take part in one of the sport's biggest races. After revisions to the course of last month's Milan-Sanremo led many sprinters, including the British champion, to rethink their absence, now the Giro d'Italia has provided an incentive for the fastest men in the peloton to ride the Grand Tour - by overhauling the rules to weigh the points competition much more in their favour. Changes are also being made to the mountains competition, aimed at rewarding pure climbers, while time bonuses are being cut.

Changes to the points classification may also see more sprinters last out the duration of the three-week race, if they are in with a shout of winning the red jersey.

In the last two editions, Cavendish has toiled through the mountains in the final week in a bid to keep the jersey - in vain in 2012, but successfully last year as he won the closing stage in Brescia.

In doing so, he bucked the trend of previous years that had seen the jersey go to a GC contender, even though it wasn't a contest that would be their prime aim when they began the race, or even in its final days.

The Omega Pharma-Quick Step rider said earlier this year that he planned to skip the Giro to ensure he is in top condition for the Tour de France.

With the opening stage of that race taking place in his mother's home town of Harrogate and giving perhaps a once-in-a-career chance for a sprinter to take the yellow jersey on the first day, Cavendish, already owner of a full set of Grand Tour points jerseys, may not be tempted.

Stage 1 of the Tour is his biggest target for 2014, and given his haul in last year's Tour was his lowest since his first participation in 2007 - he won two stages last July - Cavendish, currently suffering from flu that has put him out of several races in the past fortnight, seems unlikely to change his plans.

The man who last year became the first rider to beat the Manxman on the Champs-Elysées on the final day of the Tour, Marcel Kittel of Giant Shimano, has long had the Giro pencilled into his schedule, and would be among the favourites for the points jersey in the new format.

Cannondale are aiming for GC at the Giro with Ivan Basso, leaving Peter Sagan to head once again to the Tour of California - a race where he has ten stage wins since 2010.

André Greipel of Lotto-Belisol, like Cavendish, had said he planned to miss the Giro, but broke his collarbone in Gent-Wevelgem at the end of last month. He returns to racing at the Tour of Turkey at the end of this month, but a three-week race immediately afterwards may come too soon.

Kittel apart, then, the race could see the emergence of a less heralded name to get on the podium in Milan, and among the homegrown riders who will relish that chance will be Davide Appollonio of AG2R, Cannondale's Elia Viviani, and Sacha Modolo of Lampre Merida - who also have Pippo Pozzato as a potential contender.

So what are the changes?

Well, as in the Tour de France, road stages will now be split into three categories, with points weighted towards the flatter ones both at intermediate sprints and on the finish line. That leaves the Vuelta a España as the only Grand Tour that awards points equally, irrespective of stage profile.

RCS Sport says the changes have been made " to ensure that the "Corsa Rosa"...  is a more and more compelling spectacle from a technical, racing and entertainment point of view."

Next month's race, which begins in Belfast on Friday 9 May, will see winning riders in sprint, or Category 1 stages, receive 50 points, and the first 20 riders across will receive points. In Category 2 stages, those figures are respectively 25 and 15, and in the toughest, Category 3 stages, 15 and 10.

At intermediate sprints, 10 riders wil receive points, with the first across securing 10 of them.

Stage winners will receive a 10-second time bonus, down from 20 seconds in previous years, and reductions have also been made in the bonuses available to second and third place finishers and at intermediate sprints.

According to RCS Sport, "These bonuses are reduced to create a better balance of reward for consistently high performers in big sprint finishes rather than breakaways, contributing to more exciting racing."

Meanwhile, mountains points "have been changed by exponential increasing the scores of the hardest climbs categories to give them proportionally higher value" - up to 32 points for first category climbs, and 40 for the first man across the Passo dello Stelvio, designated the Cima Coppi this year as the highest point on the 2014 route.

On the final day of last year's race in Brescia, Cavendish completed his set of Grand Tour points jerseys, picking up points at intermediate sprints and winning the stage to get back ahead of GC winner in waiting Vicenzo Nibali of Astana, whose exploits in the mountains in the preceding days had seen him move ahead in the points classification.

But 12 months earlier, he lost the jersey on the penultimate day to Katusha's Joaquim Rodriguez. Ironically, Rodriguez had moved ahead in the competition as he sought to defend his race lead.

He would surrender that to Garmin-Sharp's Ryder Hesjedal in the final day's time trial in Milan, but held on to the points jersey - although that was scant consolation on missing out on a Grand Tour win.