There’s a new bike brand in town called Orro and we’ve had a look at the first two road bikes in the range; they look exceptional value for money.

How does this grab you? A carbon-fibre frame and fork built up with a full Shimano 105 groupset, Fulcrum Racing Sport wheels, 3T bars, stem and seatpost, a Prologo saddle and bar tape, and Continental Ultra Sport tyres: £1,299.99. That’s the Oxygen.

We’ll come back to the specifics in a mo, after we’ve told you a little about the brand…

Okay, so Orro is an entirely new UK brand from major distributor iRide, so new that the website is only being launched today (it wasn’t actually live last time we checked, although it might be by the time you read this).

iRide distribute DeRosa and Argon 18 bikes already, but the Orro brand doesn’t really overlap with either, according iRide’s Tom Marchment, who called in at road.cc on the way to this weekend’s Welsh Cycle Show at Newport Velodrome where Orro’s bikes will be on display to the public for the first time.

“At Orro we feel that bikes and riding gear should be designed specifically to excel at the types of riding they will be used for in the real world,” is the official Orro line. “We use our experience in the cycling industry – more than 50 years combined – with a huge amount of riding knowledge, to tailor our bikes and products to meet and exceed the expectations of the rider.”

Sounds reasonable enough. Orro reckons that it has the technological know-how to make good bikes and clothing with plenty of style. Well, they would say that, wouldn’t they? So let’s get back to the bikes…

Orro has launched with two road bikes, although the intention is that the range will extend beyond the road world. They’re not saying what bikes are coming next, but we assume it’s mountain bikes, maybe a crosser, maybe leisure bikes. The higher of the two initial road bikes is called the Gold (it comes with Au branding because Orro have a periodic table theme going on that they’re going to extend into the new models when they become available). Orro see this as a bike for local rides, longer events and sportives – so a range that covers a whole lot of people. The Gold is built around a monocoque frame, exclusive to Orro, made from 20, 40 and 60-ton carbon fibre. It’s built with a tapered head tube (1 1/2in lower bearing), a PF30 bottom bracket, oversized chainstays, internal cable routing, and Orro claim a frame weight of 955g (painted). The fork is carbon-fibre too. 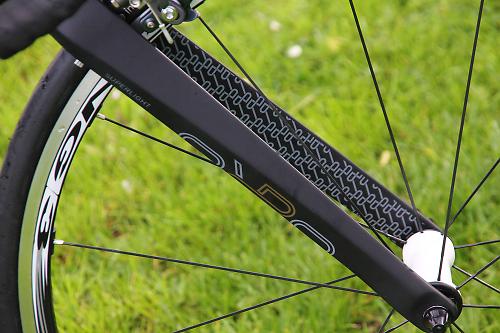 The model pictured here is the extra small, which is why the head tube appears so short. The head tube is actually fairly tall for the size; the large model (56-57cm), for example, has a 19.8cm head tube. It also has a relaxed head angle (71.7°) and a lengthy wheelbase (101.9cm), the idea being to add stability to the ride. Go to www.orrobikes.com for full geometry information. 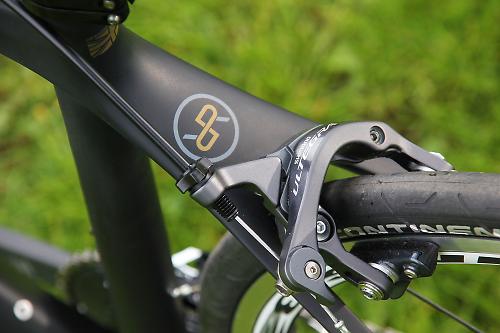 If you're the original purchaser, you get a five-year warranty on the frame and fork as long as you register online. The frames are made in the Far East but Orro build up the bikes in the UK. Speaking of the build, the Gold comes with a full Ultegra groupset. Go for the mechanical version and the complete bike will cost you £1,999.99, while it’s £2,599.99 for Di2 electronic shifting. 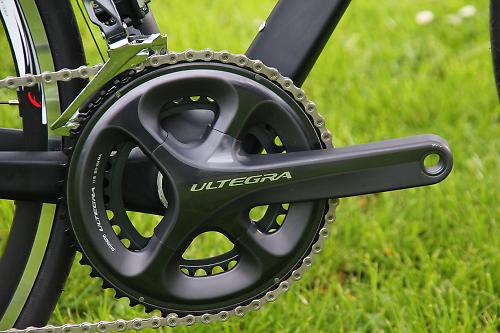 Whichever group you opt for, the rest of the spec is the same: So it’s all big name kit rather than own brand stuff. 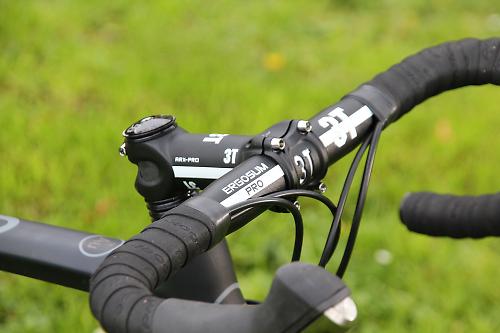 The other bike, as we said up top, is the Oxygen. Orro sees this as an all-round road bike: ride it to work, go training, rides sportives… a bit of everything. 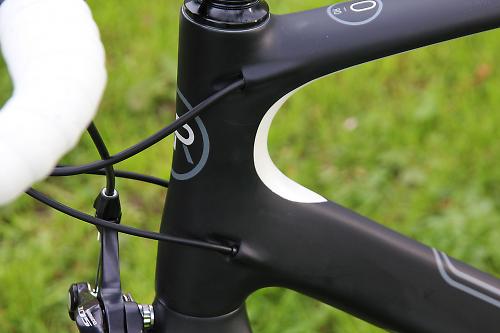 Again, the frame is exclusive to Orro and it’s made from a blend of 20, 40 and 60-ton carbon. The bottom bracket is oversized PF30 and the cable routing is internal although this time the tapered head tube comes with a 1 1/4in lower bearing.

Orro claim a frame weight of 999g (painted). The original purchaser gets the same five-year frame and fork warranty as with the Gold. As mentioned, the Oxygen comes with a full Shimano 105 groupset but you get to choose between two wheelsets. Go for Fulcrum Racing Sports and the complete bike is £1,299,99, or go with 23mm-wide 3T Accelero 40 Pros for £100 extra.

The eagle-eyed among you might notice major similarities to the Gold’s spec list. Orro says that you can fit 28mm tyres between the chainstays if you like. On face value, these bikes both look like very good value for money – although we’re not into grading bikes via spec-list comparisons here at road.cc. Obviously, we’d want to ride any bike before making a judgement. Orro says that the Gold and the Oxygen should be in the shops before Easter, and that brings us to another point… they have 50 dealers signed up already, so you can actually go in and check out the bikes before splashing the cash.

Next up from Orro is a range of clothes. It's going to be a functional, non-Lycra lineup, we're told, designed by Charles Chambers, who put together a cycling range for H&M.

Orro says that the clothing isn’t existing clothing that has been given a bike-friendly slant, it has been designed as cycling kit from the off. This should arrive some time in the summer.

As mentioned, get more info on the bikes from the Orro website once it goes live or see the bikes for yourself this weekend at the Welsh Cycle Show at Newport Velodrome.