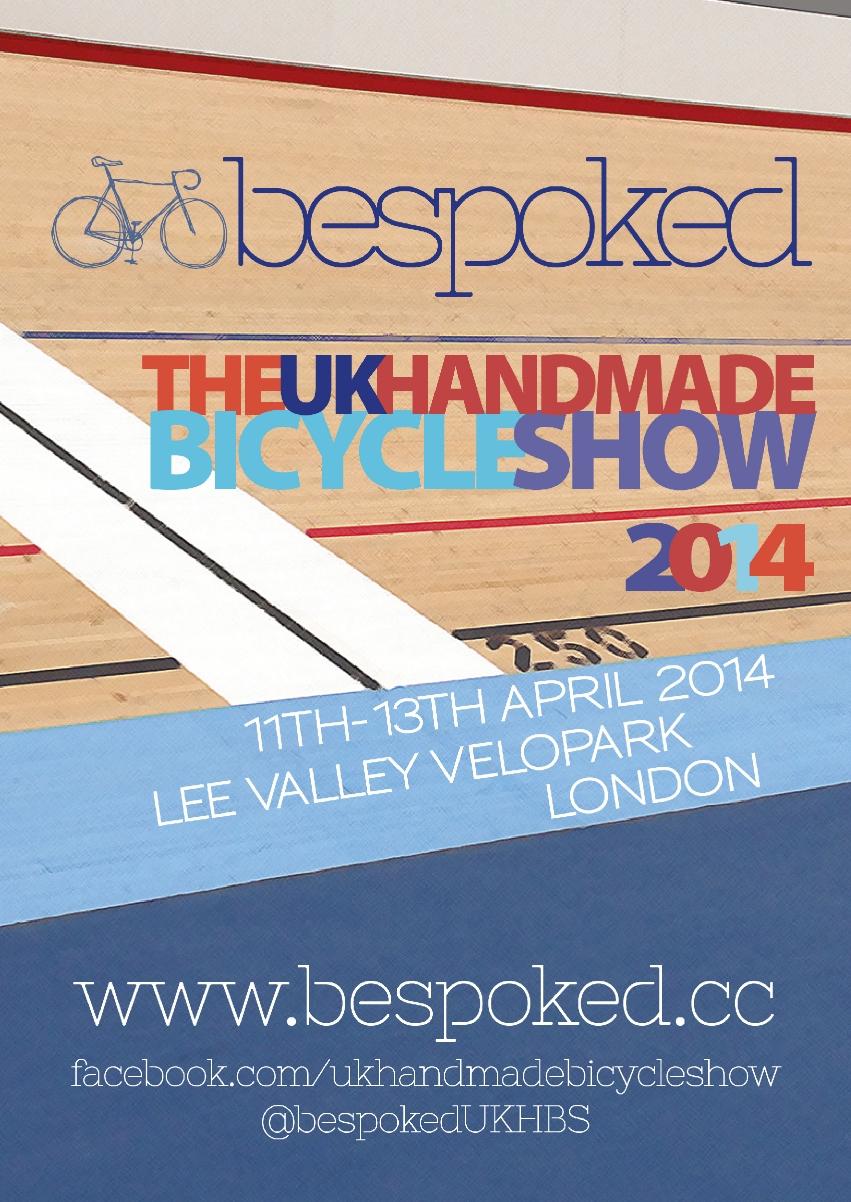 Bespoked and London velodrome taster track sessions Schwag Grab - we have a winner!

Time to draw some winners for our recent Bespoked competition, where you had the chance to win free show tickets plus taster track sessions on the London 2012 velodrome. How good a prize is that? No surprise that we had quite a few entries. Here though are the winners.

The organiser Phil Taylor has just been in touch and being the generous sort he is, is offering up some free tickets to a handful of very lucky readers. As if gaining free entry to one of the UK’s hottest bicycle shows wasn’t enough, he’s even laying on some taster track sessions too. Yes that’s right, not only could you get into the show free, but you could also flex your muscles on the same velodrome that Sir Chris Hoy and Victoria Pendleton dominated on back in 2012.

Just comment below and you're in the hat, we'll pick a winner on Monday so you’ve got plenty of time to get entered. Usual schwag grab rules apply. Along with the fact that you'll need to be available to go to London on 12 or 13th to attend the show and ride the velodrome obviously, if you get lucky and win those tickets. Good luck! Bespoked moves this year from its birthplace in Bristol up to That London and the Lee Valley Velopark, the cycling venue for the London 2012 Olympics. What hasn’t changed, though is the focus of the event: beautiful hand-built and custom bikes from top UK builders and also from Italy, the USA, Taiwan and South Africa, plus fine components, clothing and accessories.

The exhibitor list reads like a who’s who of British framebuilding, from monuments of the bespoke bike scene like Rourke, Woodrup and Roberts to newcomers like Toad Custom Cycles and Richard Craddock, the carbon fibre specialist featured in Bespoked’s framebuilder of the week spot this week. You can get a taste of the expected lineup in our little preview here. More about the show at www.bespoked.cc