The most affordable Domane comes with clever tech, an aluminium frame and a Shimano Tiagra groupset for £1,000
by Mat Brett

The 2.0 is the most affordable version of Trek’s Domane design, built with an aluminium frame and a largely Shimano Tiagra groupset.

The Domane’s big USP is its IsoSpeed Decoupler. If you’re new around these parts or you’ve just not been paying attention, the IsoSpeed Decoupler is a frame feature that’s used across the Domane range, the idea being to smooth the ride. 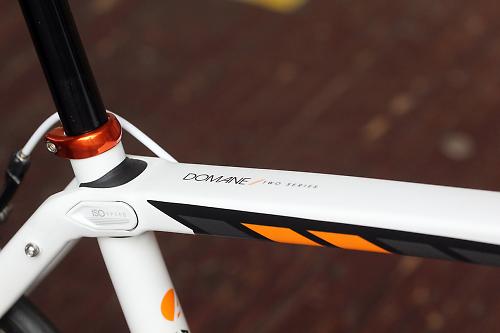 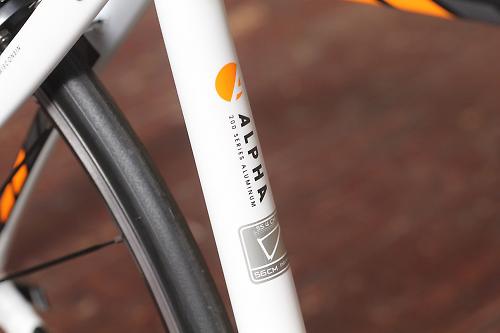 The design is intended to remove the movement of the seat tube from the rest of the frame so that it can absorb more forces from the road. Make sense? In short, the saddle moves more to soak up road shock. As well as adding more comfort, the idea is that the rear wheel stays in better contact with rough roads. 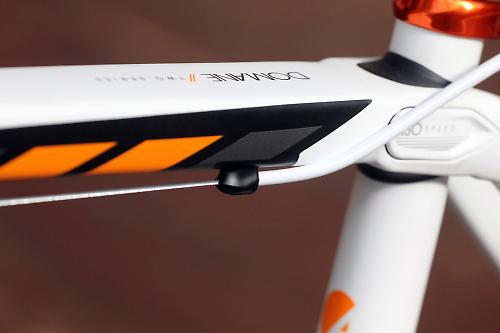 We reviewed last year’s £1,200 Domane 2.3 here on road.cc. We concluded that this aluminium model dampened high-frequency vibration pretty effectively, although not nearly as much as the higher-level carbon models. 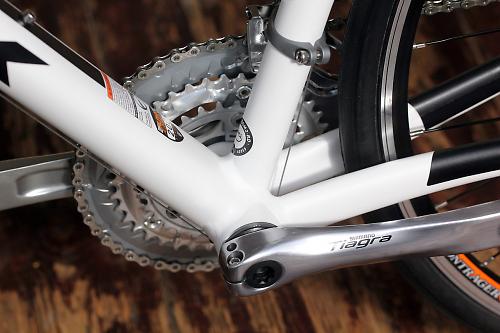 The design has been modified for 2014. You have to be careful when you flex aluminium because it can break. Previously, Trek welded two completely different aluminium tubes together to form the seat tube so that they could control the damping. You could see the weld an inch or two below the IsSpeed Decoupler.

Now, however, Trek have decided that they don’t need that weld. It is a single hydroformed tube that looks neater and, Trek say, is just as effective. It also shaves around 80g of weight from the previous version. 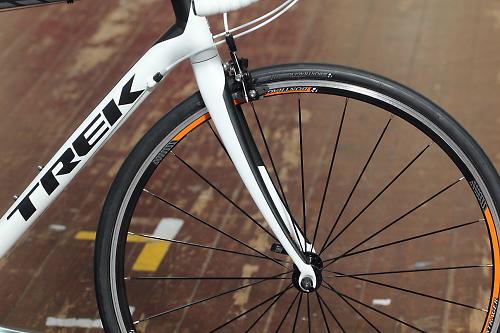 Trek call the Domane’s fork an IsoSpeed design too, although it doesn’t have a lot in common with the Decoupler. They reckon that the offset dropout at the end of the leg increases fore/aft compliance, absorbing road shock better than a conventional design rather than transmitting it straight up to your wrists. 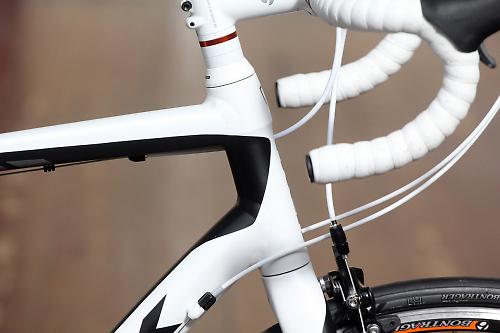 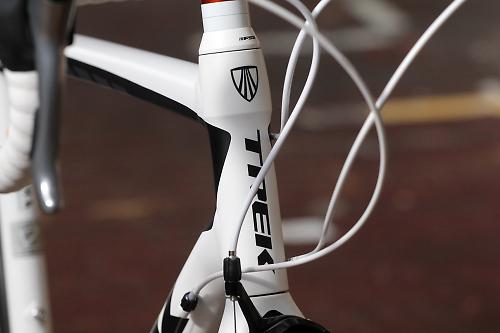 We won’t go into too much detail here other than to say that the stack on our 56cm model is 59.1cm and the reach is 37.7cm. For comparison, Trek’s H2 fit on their Madone 2.0 has a stack of 57.7cm a reach of 38.7cm – so the Domane is a little shorter and higher for a more upright, more relaxed ride position. It’s still a racy setup, but not quite as aggressive as some, and your back might thank you for that. 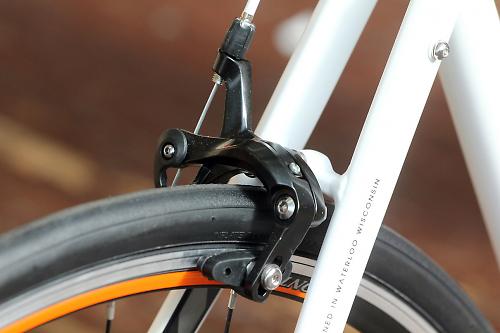 Another couple of frame characteristics worth mentioning are that the Domane has hidden eyelets for full mudguards and rack mounts too. Oh, and it’s Speedtrap compatible, which means that a computer sensor can sit within the fork leg to measure your speed and distance, rather than poking out and adding to the drag. It also keeps things looking neat and tidy. 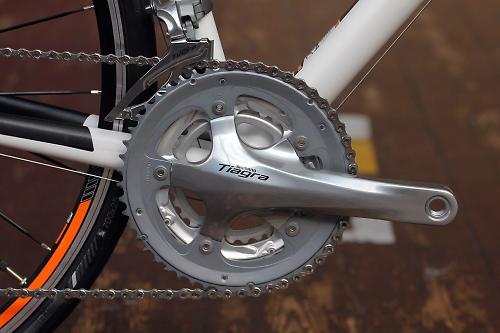 Trek offer two aluminium Domane’s: the Shimano 105-equipped 2.3 (£1,200) and this £1,000 2.0. As we said up top, the 2.0’s components are largely from Shimano’s 10-speed Tiagra range, the most notable component being the triple chainset with 50, 39 and 30-tooth chainrings matched up to a 12-30-tooth cassette. That combo gives you a super-low gear that should see you up pretty much any gradient you fancy without too much trouble. You’re not going to be incredibly fast in such a small gear, but at least you won’t have to get off and walk. 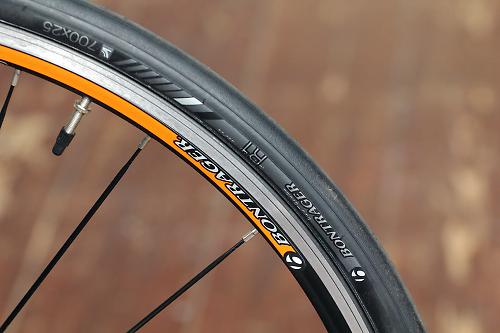 Most of the other components, including the brakes and wheels, are from Trek’s in-house Bontrager brand. 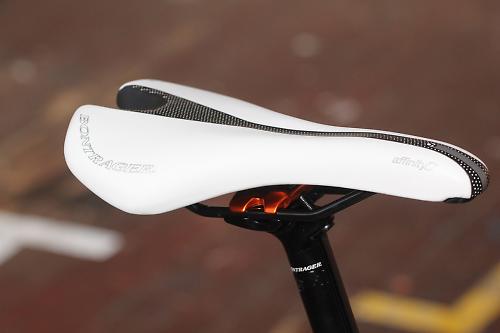 Right, that’s yer lot for now. We’re going to hit the road to find out how the Domane 2.0 rides. We’ll be back with a review on road.cc soon. In the meantime, find more details at www.trekbikes.com.