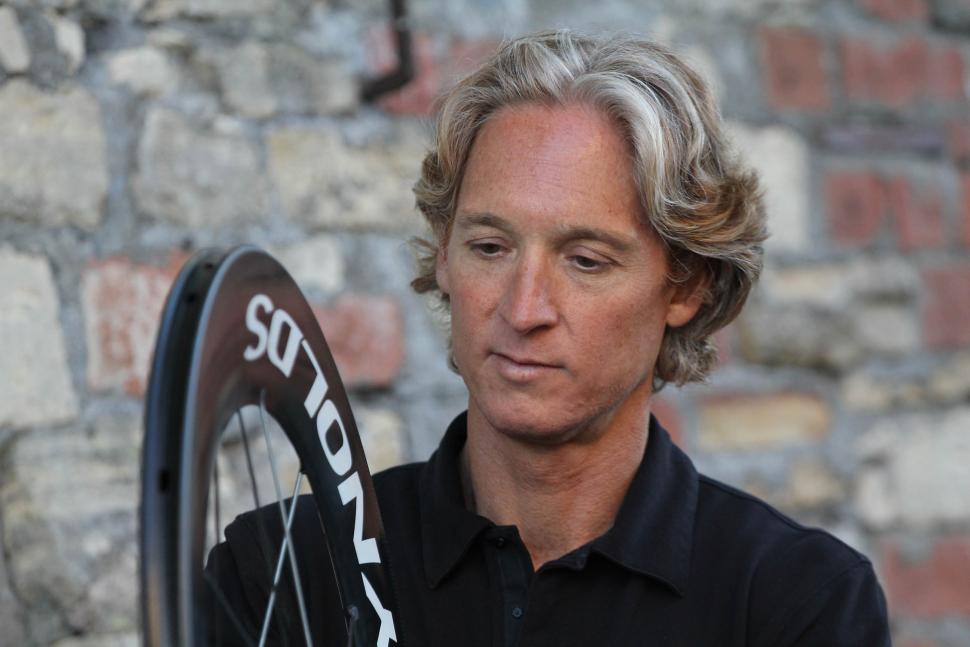 Paul Lew, Director of Technology & Innovation at Reynolds Cycling, has written a series of revealing articles on wheel dynamics that are available on the Reynolds website.

Part one deals with wheel stiffness.

“The qualifications for a ‘good’ wheel always incorporate stiffness and compliance, or more specifically, wheels that are laterally stiff and vertically compliant,” says Lew. “In engineering terms this means that the wheel has minimal deflection side-to-side and at the same time moderate to large deflection in the [up-and-] down direction.” 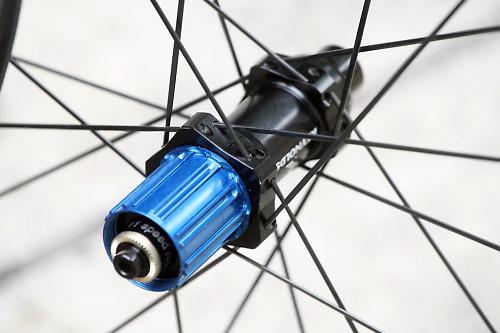 Lew says that the hub is responsible for 40% of a wheels stiffness and compliance.

“A well-designed and manufactured hub will not suffer from the static and dynamic forces of a high-tensioned wheel,” he adds. “A wide flange spacing decreases side-to-side deflection and at the same time increases vertical deflection, both contributing to a well-riding, ‘good’ wheel.”

According to Lew, spoke stiffness and spoke count are also responsible for 40% of wheel stiffness, but spoke crossing patterns and spoke tension don’t have a significant impact on this variable.

He says that the belief that a crossing spoke pattern will increase vertical deflection while minimising lateral deflection is incorrect; it will typically increase both. 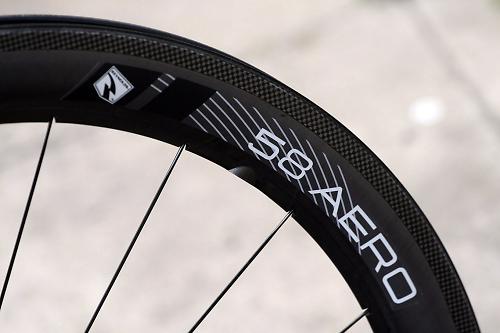 “Carbon fibre has the unique quality of low mass, stiffness tune-ability, high strength, and an unlimited fatigue life not possible to achieve with metal alloys which makes it an ideal material of choice for high performance rims and wheels,” says Lew.

In part two of the series, Lew again deals with spoking, comparing the stiffness of wheels with various spoke crossing patterns.

“The test revealed that a radial spoke pattern results in a less vertically compliant wheel than a crossing spoke pattern, but only by a very negligible amount,” Lew says. “I think most people would be surprised to see how little influence a crossing pattern has on vertical compliance and rider comfort. “

“Rider comfort and vertical deflection is best controlled by tyre pressure, not the spoke lacing pattern,” he concludes. 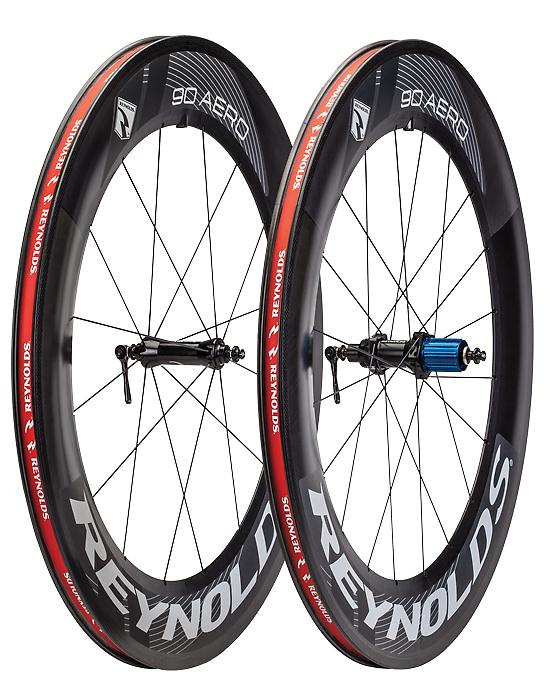 Lew deals with carbon-fibre variability in his third article, discussing the types of carbon-fibre and resins used in wheel manufacture.

“As a general rule, as the modulus increases, the strength decreases and the fibre is more brittle,” he says. “The grades of modulus that are associated with “best practices” for bicycle wheel production are Standard and Intermediate.”

He’ll be looking at the carbon-fibre moulding process in a future article so if you’re interested keep your eyes on www.reynoldscycling.com.