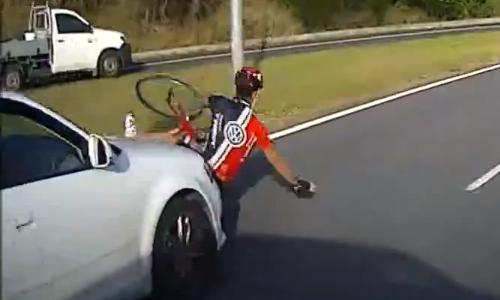 A driver in Queensland Australia was caught on camera on Friday afternoon driving straight into the back of a cyclist at a junction in Brisbane that dashcam user Andrew Ison describes as “a bit of a mad scramble.”

In the footage posted to YouTube, the driver of a white Audi uses the left of two lanes to try and get to the head of a queue of traffic at a set of lights where a cyclist is already waiting.

When the lights change, she appears to tailgate the cyclist as he pulls away from the lights, and then hits him, knocking him off his bike.

Mr Ison stopped to give assistance and in his comments on the video says: “The bloke looks to be ok - aside from some missing skin and a few interesting bruises. The helmet broke on impact so he was taken to hospital as a precaution.”

According to Mr Ison, the rider is okay and has been given a copy of the footage. He added: “The driver stopped and assisted in every way possible and has been in amicable contact with the rider.”

According to the Courier Mail, police have interviewed the victim. No charges had been laid against the driver, but the investigation was continuing. 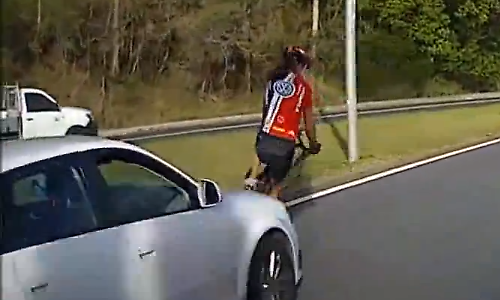 Queensland Ambulance Service confirmed that paramedics had attended the incident. They had treated a man in his 40s for cuts and abrasions and taken him him to Queen Elizabeth II Hospital in a stable condition. He has since been released.

Bicycle Queensland CEO Ben Wilson said the incident was “one of the worst things” he had seen in a long time. 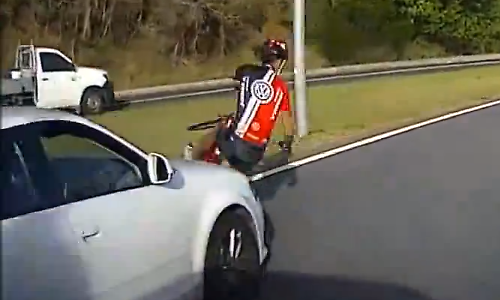 “It just looked to me like there was a total lack of awareness on the driver’s behalf,” he said.

“This trend we’re seeing in lack of bike safety is coming from a concentration lapse from drivers when they’re sharing the road.

“A lot of it is because of the growing amount of distractions – like mobile phones – that are in cars now.”

“Motorists have to realise that, unfortunately, they don’t own the roads,” he said. 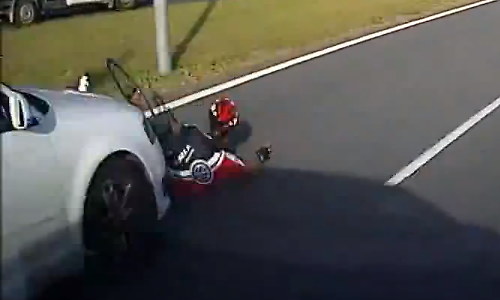 “If they wait just a few moments for the cyclist to get out of their way, it’s not going to kill them. But their impatience could certainly kill cyclists.”

Or as Mr Ison put it in his commentary on his video: “The moral of the story? If you're driving around bikes - who are legally allowed and fully entitled to use the road - PAY ATTENTION!

“Just calm down and give them room, don't try and chop and change lanes dangerously just to arrive home a car length ahead of where you would have been if you'd chilled a little.”