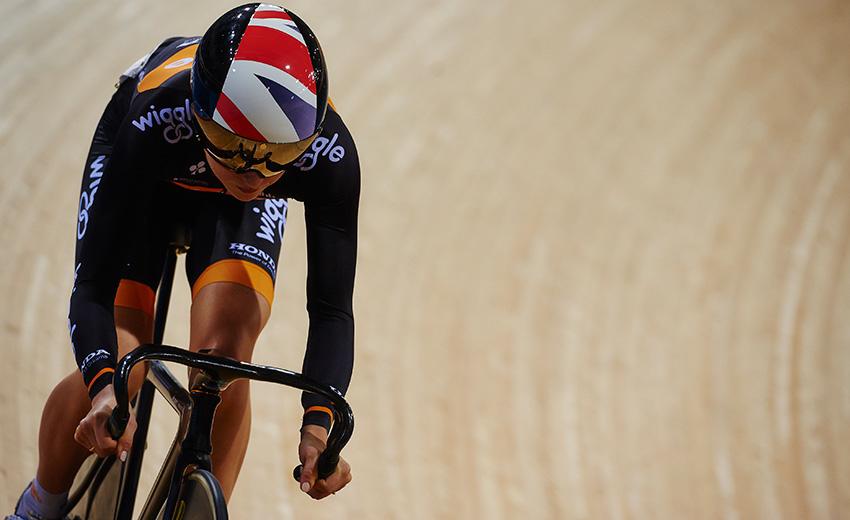 Today there's a chance to catch some top track cycling live from the Lee Valley VeloPark as the velodrome hosts its first event since the London 2012 Olympic and Paralympic Games - the season finale of the 2013/14 Revolution Series - with all the action of both sessions streamed live via YouTube (videos below).

It's the first time organisers FACE Partnership have shown the event as it unfolds via the video-sharing site, and with a number of Team GB riders who won gold here at London 2012 riding and a three-way tussle between Rudy Project RT, Rapha Condor JLT and Team Sky for the Elite Championship, there should be some great racing.

Last night, a packed crowd cheered on one of the stars of the London Olympics, double gold medallist Laura Trott, as she dominated one of the events she won at the velodrome two years ago, the omnium.

Last night, swapping the colours of Team GB for those of Wiggle Honda, she pulled off a perfect performance, winning the the flying lap, the points race and the elimination race - the latter marred by a crash at the end involving her team mate Dani King and Scottish rider, Katie Archibald.

It wasn't just British riders in action. France's François Pervis, who won three gold medals in the recent UCI Track Cycling World Championships in Cali, Colombia, won the keirin, one of the events here that counts towards UCI ranking points.

The Spanish pair of Albert Torres and David Muntaner, who won gold in the Madison in Cali, continued their form as they won that event.

Among those who will be in the velodrome to watch today's action will be the man who in that heady fortnight in the summer of 2012 became Great Britain's most successful ever Olympian as he clinched the sixth gold medal of his career - Sir Chris Hoy, whose bike brand sponsors the HOY Future Stars competition for up and coming riders.

Here’s this evening's programme, plus the video.