Pioneer’s power meter, which we first spotted being tested on the former Team Blanco Giant race bikes early last year, is set to come to market this month, and will cost from $1,550 - but no UK price has been confirmed yet. 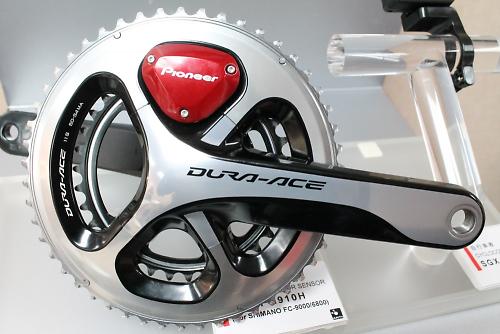 Pioneer describe getting into the cycling business as “part of its activities towards opening up new horizons for innovation in people's lives and culture.”

It's a quote that suggests there is more to come. It also seems there's a fair few keen cyclists working at Pioneer.

“Our engineers, who are avid riders themselves, set out to take power measurement well beyond today’s norm,” says David Bales, manager of new business for Pioneer Electronics. 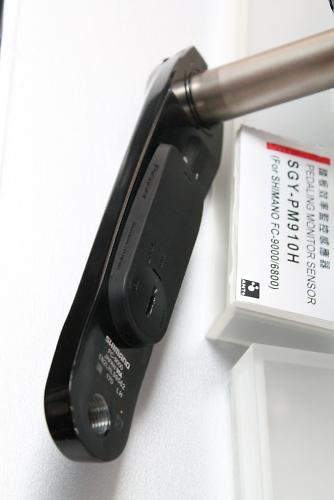 The power meter offers left and right pedalling power analysis, measuring torque and force angle at 12 different points of rotation. The design incorporates three torque sensors in each crank arm, and captures data at every 30 degrees of rotation. This offers the potential to analyse where in the crank rotation you’re applying the most power, and hone your pedalling technique as a result.

“Output analysis of both legs and understanding where and how power is applied will help riders elevate their game,” says David Bales. The early samples we saw used zip ties to fix the various components to the cranks. They’ve since cleaned up the design and it looks tidy and seamless. The power meter is only available as a complete crankset with a choice of Dura-Ace $1,850 or Ultegra 6800, $1,550. There’s a full choice of crank arm lengths and chainring configurations. There's no word on other brand cranks being available anytime in the future.

The power meter adds a claimed 66g to the weight to the chainset. Battery power is provided by two CR2032 coin cell batteries (available all over the place) and is claimed to be good for 120 hours of riding. They’re easily replaced when they run flat. The power meter is also IPX6 and IPX7 water resistance certified. Pioneer claims an accuracy of +/- 2%, which is similar to the claims made by the likes of Stages and Garmin (Stages say that figure relates to 100W and 90rpm, and it's more accurate, in percentage terms, at higher powers). 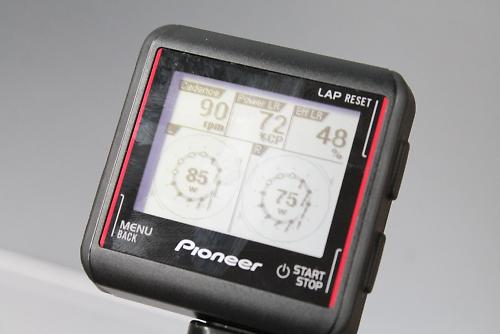 Pioneer have also developed their own computer, XGX-CA5000, which is able to display the power output from each leg, as well as overall pedalling efficiency, power loss and force angle. The system uses the common ANT+ wireless protocol, so it should be compatible with Garmin and other devices. It also has built-in GPS so it can record routes as well as power and speed. The computer will cost $300. It has a 1.87in black and white LCD touchscreen display, weighs a claimed 75g and features six programmable screens. As well as the information already mentioned, it can give you torque, cadence, heart rate, GPS positioning, speed, distance, elevation gain/loss, barometric pressure, ambient temperature and more. The screen can show a maximum of nine data points at the same time.

The XGX-CA5000 computer boasts Wi-Fi so you can easily upload rides to your computer, which saves you removing it from your bike and plugging it in via a USB cable.

The computer has 4Gb of memory for storing ride data and it can handle six bike profiles, should you have more than one bike with a Pioneer power meter fitted (well, you might!). Like the power meter, the computer has been certified for IPX6 and IPX7 standards. The battery is claimed to be good for 12 hours, and is charged via micro USB. It comes with a bar mount while a time trial mount is also available. 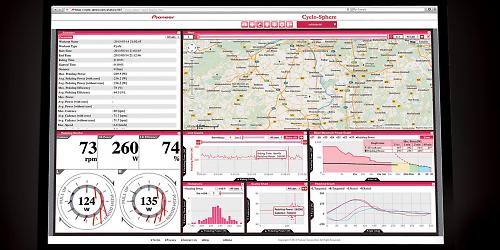 Pioneer have also developed Cyclo-Sphere, a free online service for analysing data from the power meter. You can see a live demonstration of the website.

We’ve seen the choice of power meters explode in recent years. For a long time the choice was largely between the fairly affordable Saris PowerTap and the expensive SRM Power Meter. Now the choice is more plentiful with the Garmin Vector, Stages, Power2max and a few more already on the scene and others, including the Xpedo pedal-based system, on the way.